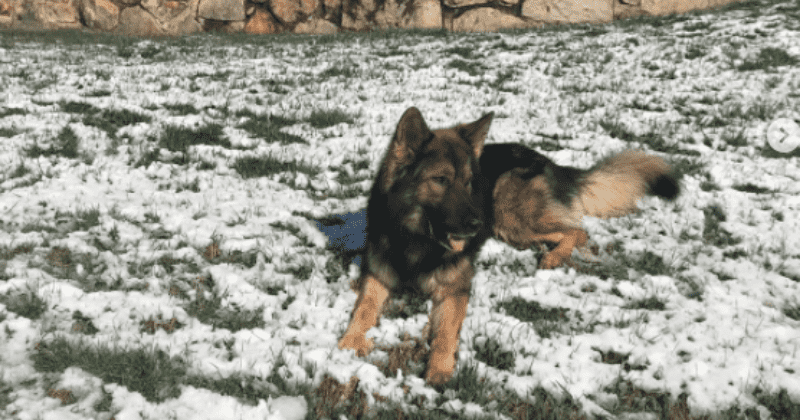 Former NFL player Jay Cutler has lost his pet dog and is asking fans to help find him. Cutler posted a picture of his German Shepherd named Bane on his Instagram page and stated he would reward anyone who helps him find his precious pet. Cutler wrote:  Ok, Instagram it's time to do some good today. Bane is missing. 80lb German shepherd. Last seen on Old Hillsboro in Franklin, TN. $1000 dollar reward for his return. Let's find him. A number of Cutler's fans expressed their hope that Bane would be found while many others offered to chip in with their help. One fan, megabucksparris commented: Praying for a safe return, keep us posted. Another commenter cantrellmandy85 stated:
Oh no!! Does he have tags? My parents live in Franklin. I'll keep my eye out when I'm there tomorrow if he hasn't been found. I have had a couple of GSDs.

Another of Cutler's fan called erosson wrote about spreading the word on Facebook and asked Cutler to join a few groups of lost and found pets in Tennessee. According to TMZ, Bane went missing on Friday and has still not been found. The former Vanderbilt quarterback shared an update on Saturday about some progress being made in the search and said he hoped to find Bane soon. "Bane is still MIA. I had some promising leads yesterday. Appreciate the concern and help." Cutler and his ex-wife, reality television star, Kristin Cavallari were pet parents to the German Shepard in early 2015. Bane has made a few cameos in Very Cavallari and is also featured in Kristin’s social media accounts from time to time. Following their breakup, Cutler kept the dog.

According to PEOPLE, Bane was lost a week after his family — Cutler's ex-wife and three children Camden, 8, and Jaxon, 6, and daughter Saylor, 4 — spent Halloween together.  The reunion took place weeks after rumors of a romance of Cavallari with comedian Jeff Dye were sparked. The two were seen showing a lot of PDA in Chicago. A source also confirmed they were "taking it super slow" since her "priority" is her family. Cutler and Cavallari are co-parenting their children. Opening up about their break-up, Cavallari said she and Cutler had been struggling privately for years before divorcing. "We tried really, really hard for years and years. It was the hardest decision I've ever made," she said in an interview. The married couple split in April.

He ran away when you issued your support to Trump. #dogshateTrump

About Cavallari's new relationship, the source added,  "It's new, but they've been talking for a while. It's not serious. Kristin has her kids and is going through a divorce, and family is still her priority. Jeff is a super cool and funny guy who makes her laugh. She's having fun but taking it super slow." In June, another celebrity, Orlando Bloom lost his dog and was said to be inconsolable according to TMZ. Orlando's dog, a poodle named Mighty, disappeared in the Santa Barbara area. He similarly sent out an appeal for his return but has been unsuccessful. Bloom said, "I don't recall a time in my life where I've been so broken or wide open. The rawness I have felt over these past few days and sleepless nights at the idea of my little man being lost and scared, with me unable to do anything to protect him, is a waking nightmare."