Former Pastor Joins OnlyFans And Lives Out Stripper Dreams: "My Sexuality Is Sacred"

Nikole Mitchell previously served as a pastor at Woodland Hills Church in St. Paul, Minnesota but soon quit after she came out as bisexual. 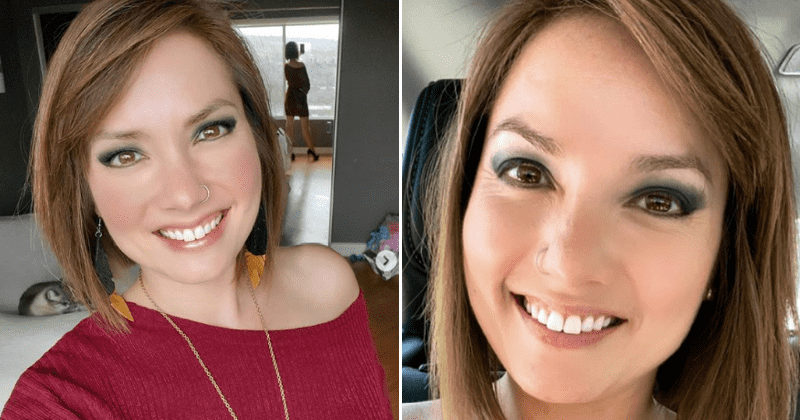 The conversion or rejection of one's religious faith or beliefs is always a significant aspect of our lives. Whether one chooses to stop following a certain faith or chooses to follow another one is up to each individual. More often than not, there is a lot of dogma and criticism attached to such decisions. Consider being a pastor at a church, for instance. It's not likely that quitting your faith will be understood by everyone. This holds true especially in scenarios where the reason has to do with one's sexuality.

Thirty-six-year-old Nikole Mitchell happily served as a pastor in Minnesota. That is until she decided to quit her church after coming out as a bisexual. And now, she is making a living out of being a stripper on OnlyFans. Talk about switching your career across vast spectrums. This decision, however, is only hers to make. However, she knew that she would face a lot of backlash over it. “I was like, ‘Oh my gosh, I don’t think I’m straight’ and it rocked my world,” said Mitchell, who now identifies as bisexual and pansexual. She had this epiphany about herself after watching a queer theater performance in 2016. “I knew if I revealed my queerness I would lose it all because the church is not welcoming to queer people.”

Speaking to the New York Post, Mitchell stated that she realized quickly that keeping the position as a pastor would become stressful once she came out as bisexual. This is when she decided to honor a dream of hers.  “From a young age, I had fantasized about being a stripper,” Mitchell told The Post. “But I was indoctrinated to believe my desires and my body were innately sinful and bad.”

Minnesota Evangelical Pastor Nikole Mitchell, who grew up Baptist, comes out as bisexual and joins OnlyFans

"Being in integrity is more important than being understood,” she wrote in a list of lessons she shared with her followers.https://t.co/oK02yS0HAO

One thing led to another and she eventually stopped going to church entirely. Instead, she took to social media, particularly YouTube to share her story with the public. “I cried because I had never felt more holy and sacred in my life,” she said of her first nude photoshoot. “I never felt more sexy and liberated than I did then."

She is also active on her Instagram page where she shares plenty of photos offering advice for others who are also looking for ways to express their own sexuality. “I was taught that women aren’t allowed to lead and that women belong in the kitchen and with the children,” said Mitchell, who is a mother of three.

Mitchell also confessed to what led her to be a pastor to the outlet. Back in 2011, she along with her now ex-husband joined the Woodland Hills Church -  an evangelist megachurch in St. Paul, Minnesota. She was often the one staying behind to ask her pastor questions. “One of my pastors said ‘Nikole, did you realize that you’re a theologian? And they said, ‘We’d like you to be one of our pastors,’ ” she recalled. “To be on stage in front of thousands of people — that’s what I had been dreaming of for years.”

This was the turning point in her life and she ended up opening her eyes to the possibility of gender equality within the faith. She then quickly rose up within church ranks and became a weekly pastor in 2016.  Her last sermon before she left the church was on the July 4th weekend in 2017.  Even though she is not associated with church anymore, she feels what she does now is just as holy. "Every person has the right to express themselves in whatever way feels good to them and this is how it feels good to me," she said. "My sexuality is incredibly healing and sacred. And when I give this gift to people, it blesses them."