Author of sixteen books, Groom's biggest success was the one centered around an unlikely hero from Alabama. 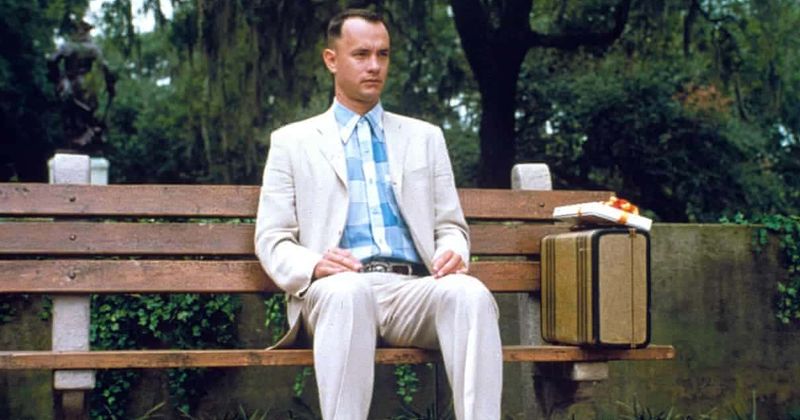 Winston Groom, the American novelist and author of Forrest Gump, passed away on Wednesday night at the age of 77. Mayor Karin Wilson of Fairhope, Alabama, told CNN that the legendary author's family shared the news of his death with her office. "I don't have any details right now, but he did die (Wednesday) night," she said. "We are extremely sad to hear this. He is definitely an icon here." Alabama Governor Kay Ivey also addressed Groom's passing, calling him one of the state's most gifted writers. "While he will be remembered for creating Forrest Gump, Winston Groom was a talented journalist & noted author of American history. Our hearts & prayers are extended to his family," she tweeted.

Saddened to learn that Alabama has lost one of our most gifted writers. While he will be remembered for creating Forrest Gump, Winston Groom was a talented journalist & noted author of American history. Our hearts & prayers are extended to his family. https://t.co/ywkZfZU5mU

Groom, who graduated from the University of Alabama in 1965, served four years in the US Army — including a tour in the Vietnam War. Upon return, he worked as a reporter for the Washington Star before turning his attention to writing novels. According to AL.com, the late author recalled his early days a reporter in a piece for the Washington Post in the year 2000, which reads: "I got a job in Washington at the old Washington Star and, as the lowest-ranking reporter on the staff, had the duty on many occasions of going out to the demonstrations to do a 'headcount.' How you count the heads of 250,000 people in motion, I still do not know, but somehow we came up with the numbers."

We are saddened to learn of the passing of one of our Legends, Winston Groom. A 1965 UA graduate, Groom authored 16 books, including Forrest Gump. Our thoughts and prayers are with his family during this time. Bio: https://t.co/KoyJD7alVy #WhereLegendsAreMade pic.twitter.com/8B1V1BmOn3

He also recalled how everyone at the Star had a "brown bag with whiskey in it and an unfinished manuscript." During his time at the publication, Groom grew close to Willie Morris and met several renowned names in English literature including the likes of Catch-22 author Joseph Heller, Slaughterhouse Five author Kurt Vonnegut, and James Jones, the author of From Here to Eternity. During a 2016 interview for his novel, El Paso, Groom called himself an "old-timey" guy who wanted to give readers a novel rooted in action instead of introspection. "I always say, if you want to send a message, call Western Union," he said.

Winston Groom, the American novelist and author of "Forrest Gump," has died. https://t.co/5ScZ4s1hnK

Author of sixteen books, Groom's biggest success was the one centered around an unlikely hero from Alabama. The character of Forrest Gump, Groom explained, came to him after he and his father had enjoyed a weekend visit together. During the visit, his father — who was in his eighties at the time — told him of a boy in his neighborhood who was called "slow" but could play the piano brilliantly. Groom began working on the book the very same night and later said that it "just wrote itself."

The film, based on his book, dominated the 1995 Academy Awards, winning six Oscars including best picture, best director and best actor. https://t.co/gdGbXtdj4d

He finished the first draft six weeks later and made sure that the character had dignity; something he credits for why people find Gump's story so appealing. "There were times I would just laugh out loud while writing the book. It was great fun to write, and I grew to really love the character," he said. Published in 1986, Forrest Gump went on to become the Tom Hanks film in 1994, which won six Academy Awards. The original novel has sold at least a 1.7million copies since the initial publication, reports Daily Mail.

"You can make a lot of money as a comic writer, but you can't get no respect," said Don Noble, University of Alabama professor emeritus of English and a 40-year friend of Groom's. "But 'Forrest Gump' is really actually quite a fine novel. It's more subtle and more complicated... richer than the movie." In 1995, Groom published a sequel titled Gump and Co. According to The University of Alabama, he "has also written numerous non-fiction works on diverse subjects, including the Civil War, World War I and Crimson Tide football. Groom’s book, Conversations with the Enemy was a Pulitzer Prize finalist, and his most recent novel, El Paso, was published in 2016."