Adan, the boy's father, died in June while his mother Mariah Gonzales passed away in October within 12 hours of learning she was ill. 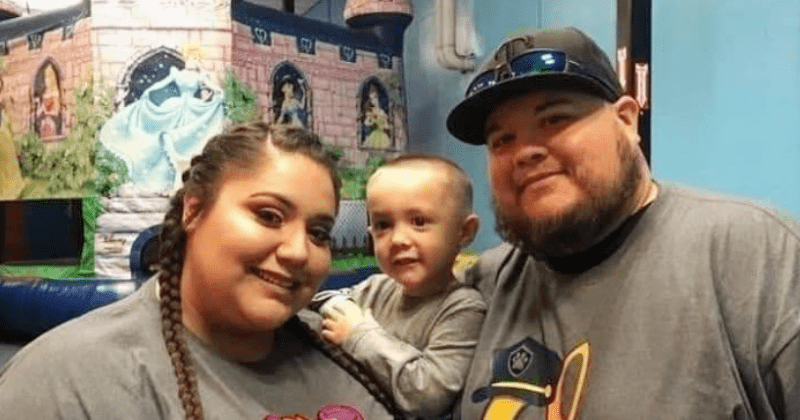 A four-year-old boy from Texas lost both his parents to Coronavirus within a span of 100 days. Raiden Gonzalez was living a life of happiness surrounded by his parents until the pandemic struck and took away his dad, Adan, 33, and Mariah Gonzales, 29, within the space of a few months. While the four-year-old's dad passed away in June, his mother passed away in San Antonio, in October. Raiden Gonzalez is now living with his maternal grandmother Rozie Salinas, reported The Daily Mail. The pandemic hit America around February-March and has ravaged the country, taking more than 250,000 lives in America. The country has seen a sharp rise in Coronavirus cases over the past few weeks, with the country registering more than 140,000 new cases daily as of November 13. Texas has a resurgence of Coronavirus with the state crossing 7,000 hospitalized patients for the first time since early August. Texas is also America’s first state to surpass 1 million confirmed cases of the coronavirus.

According to Rozie Salinas, it all started when one of Adan's truck drive co-workers tested positive for the virus earlier this year. Soon, Adan also tested positive and was admitted to the hospital on June 3. He died within a month on June 26. The staff at the hospital said he was "one of the two sickest at the hospital," at the time. Mariah Gonzales, Raiden's mom, was still grieving over the loss of her husband and planning a memorial for him when she herself caught the virus. Mariah Gonzales started feeling ill only hours before she died from the virus on October 5th. It's not known from where Raiden's mother, a school teacher, had contracted the virus. "He misses his mom since he was a mama's boy. Just this morning he told me that he wishes he had his mom back and he just wanted her back," Rozie Salinas, told NBC News. "I mean, what do I tell him? You know, so I just told him that they're now angels watching over us and protecting us," said Salinas, Mariah's mother.

This is Adan and Mariah, Raiden’s parents who were taken too soon. They died within 100 days of one another, leaving their toddler son behind. #COVID19 pic.twitter.com/uakxwtAoBo

She's trying her best to give her grandson the same life his parents had provided for him. "I kept him at that same preschool. They take really good care of him. They know what his situation is," said Salinas. She's now realigning her life to care for the four-year-old. "He's what keeps me going, just with his friendly and constant reminders telling me how much he loves me. He's always thanking me for taking care of him, but I've just got to think about him. It's a hard situation to process," said Salinas. She's eager to host a special 5th birthday for the boy at the end of the month with a drive-in celebration. The response from the community has blown away Rozie Salinas. "We have several truck clubs, bikers, Mustang clubs, classic cars, Jeep clubs, plus the fire department. It's going to be a huge turnout," said Salinas. She also wants to host a memorial celebrating the lives of her daughter and son-in-law.

Next week, Raiden turns five. His Nana is asking for everyone to rally around the young man to help celebrate with a drive-by ‘Roar and Wave’ parade to help lift his spirits. 🦖🦕 pic.twitter.com/rtbwQ5x4m4

The little boy's family is urging fellow Americans to take the virus more seriously. “We’ve lost two people now to COVID-19 and I can’t emphasize enough the severity, the seriousness, and the hurt that this pandemic can cause, so wear your mask, be safe,” said Raiden’s great-aunt. “It’s not a joke. It’s not fake news,” said Mariah's uncle Henry Wagner, reported ABC 13. “The other side to this is the painful suffering of the family members who are left behind, especially in this situation when it’s a 4-year-old child.” A GoFundMe account has been started in the boy's name to help support his future.