'Fraggle Rock' Is Coming Back After 33 Years

The new version of the series has been shot on iPhone 11s from the respective homes of the individual artists. 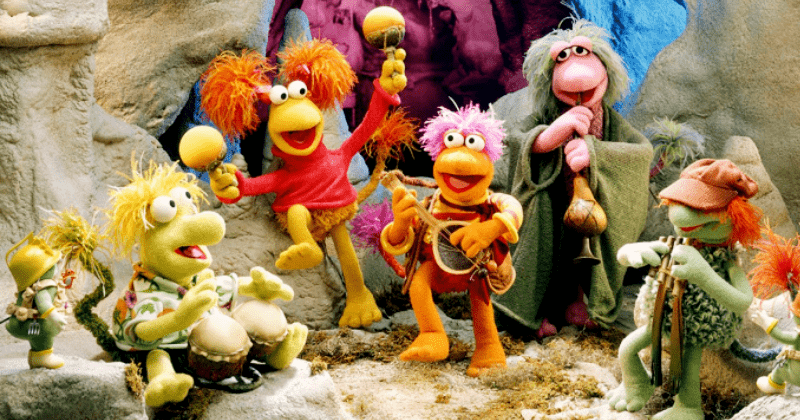 For all those who grew up watching Fraggle Rock, there's good news. Apple is bringing back the classic series in a new iteration and it's titled Fraggle Rock: Rock On! So brace yourself for a dose of nostalgia as you get to hang out with classic characters such as Gobo, Red, Boober, Mokey, Wembley, and Uncle Traveling Matt. Fraggle Rock's new series could also serve as a welcome relief for all those families trying to keep their kids engaged during the pandemic. With schools closed on account of the Coronavirus outbreak, parents are running out of things to do, to keep kids engaged. Fraggle Rock is already available can be streamed on Apple TV PLus without a subscription. The series will premiere for free globally every Tuesday, so dance your cares away!

Each episode of the new Fraggle Rock will be three to five minutes long. The new version of the muppets will show them all practicing social distancing as they hangout via a zoom-like video chat. The muppets will sing and dance to keep your tiny tots entertained. The Fraggles will be in different parts of the Fraggle Rock caves and will have fun using Doozertubes created by the hard-working Doozers. The Jin Henson company tweeted: The Fraggles might be apart in separate caves, but they can still have fun together! 'Fraggle Rock' will feature music, silliness, special guests as part of the new series and highlight how we are all connected through friendship in the era of social distancing. The first episode of the new edition of Fraggle Rock is titled Shine On. The first episode will show Doozertubes being delivered to Fraggles' caves, which enables them to come together for a song Shine On, Shine On Me. The new series will feature new stories along with some classic Fraggle songs.

The Fraggles might be apart in separate caves, but they can still have fun together! Join Gobo, Red, Boober, Mokey, Wembley, and Uncle Traveling Matt for #FraggleRock: Rock On! New shorts each week. Watch now on the @AppleTV app. No subscription required. https://t.co/x83ahxKGjQ pic.twitter.com/Ldx1qrtZYF

The original Fraggle Rock had close to 100 episodes and ran between  1983 and 1987, airing on HBO in the US. The show also served as an inspiration for an animated series that was aired on NBC. There have been rumors of a feature film adaptation in the pipeline but it hasn't materialized. Keeping in mind the new social-distancing guidelines, Fraggle Rock: Rock On! has been shot on iPhone 11s from the production team's respective homes and that of individual artists from all over America.

The new episodes are produced by The Jim Henson Company, and executive produced by Halle Stanford and John Tartaglia. HBO had remastered the original episodes from the 80s and aired them in 2016. Apple TV Plus was launched back in November on the back of original content such as The Morning Show, Dickinson, See, and Servant.

If you're looking at new ways to keep your children engaged, Michelle Obama is hosting a weekly read-aloud series, — Mondays with Michelle Obama — in collaboration with PBS Kids and Penguin Random House. The first reading session was held on April 20 and will be held every Monday for the next three weeks. Michelle Obama will read from one of her favorite children's books. The former first lady said she could relate to the stress that kids and parents have been going through and wanted to share her love of books with them. "As a little kid, I loved to read aloud. And when I became a parent, I found such joy in sharing the magic of storytelling with my own children — and then later, as First Lady, with kids everywhere," said Obama in a statement. "At this time when so many families are under so much stress, I'm excited to give kids a chance to practice their reading and hear some wonderful stories (and to give parents and caretakers a much-needed break)."

The schedule for Mondays with Michelle Obama! is as follows:
April 27: "There's a Dragon in Your Book" by Tom Fletcher, illustrated by Greg Abbott
May 4: "Miss Maple's Seeds" by Eliza Wheeler
May 11: "The Very Hungry Caterpillar" by Eric Carle