trending celebrity people lifestyle news animals
'Freaks And Geeks' Is Coming To Hulu And Yes, It Will Feature The Original Soundtrack

'Freaks And Geeks' Is Coming To Hulu And Yes, It Will Feature The Original Soundtrack 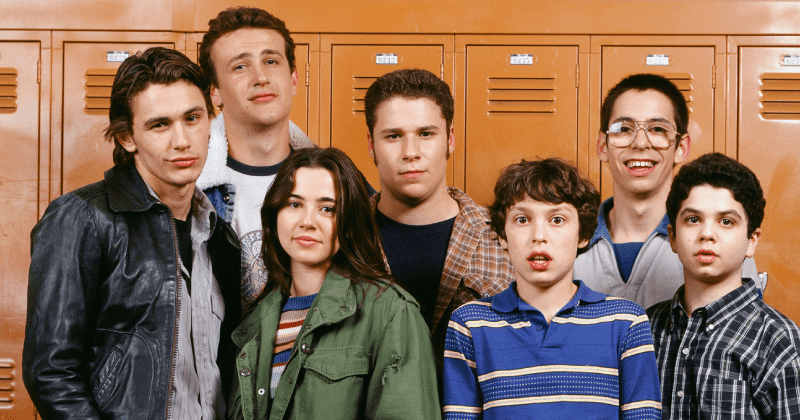 Freaks and Geeks, an iconic one-season wonder, is coming to Hulu, the streamer confirmed on Monday. The coming-of-age dramedy series, directed by Paul Feig and executive produced by Judd Apatow, has gone on to achieve cult status and gifted us many actors such as Linda Cardellini, Seth Rogen, Jason Segel, Martin Starr, Busy Phillips, and John Francis Daley. It was a casting masterclass from Allison Jones. James Franco also starred in the series. Freaks and Geeks will be streaming on the platform from January 25, reported AV Club. The NBC series will also retain all of the original soundtracks that captured the essence of the show and served as the perfect backdrop for the quirky dramedy. The series captures the lives of high school students at William McKinley High and primarily focuses on two groups, aka the freaks and the geeks. The series ran for just one season in 1999-2000 but went on to gain cult status with time.

Hulu confirmed the original soundtrack would be retained for the show, through a representative. The development is significant considering the music licensing rights have been held up home previously in releases Freaks And Geeks. At the time, Feig argued that dropping any of the original tracks used in the series was like “losing a character from the show.” The series on Hulu will feature tracks from the original including tracks of The Moody Blues, The Who, Van Halen, Styx, XTC, Alice Cooper, Cheap Trick, Rush, and of course, The Grateful Dead.

“I’m so thrilled that Hulu is bringing Freaks And Geeks back to the [airwaves] with the original music.” Feig told AV Club, “For me, the thought of our show without all the original music intact is like running the series with several of the characters cut out. The music is as big a part of this show as the writing and the performances. This is the only way to see our show and I can’t thank Hulu enough for putting us back on the air.”

Last night I was in a room with the dude who cancelled Freaks and Geeks. And yes, I did totally call him out on it.

A couple of years back, Seth Rogen said he confronted the person, Garth Ancier, who allegedly took the decision to call curtains on the show. Rogen said he was taping Saturday Night Live when he heard Ancier was there in the building. “I know his name, obviously, because we’ve talked about how stupid he is for the last 15 years,” said Seth Rogen, reported The Huffington Post. Ancier had been working in television since the ‘70s and worked as a programmer for Fox, the WB, and, NBC. Paul Rudd accompanied Rogen as the latter confronted Ancier. Rogen said Ancier was defensive. “He was like, ‘You know, Judd [Apatow] wouldn’t listen to my notes.” Too which Rogen replied, “The notes probably were stupid.” Rogen didn't name the executive but Ancier took to Facebook to type out a response, confirming his identity.

"I thought we had a very nice chat about Freaks & Geeks. As I said, my only note to Judd Apatow over the entire series was that either the Freaks and/or the Geeks should win the occasional victory over the cooler kids - especially since Judd Apatow has taken that note in every hit movie since. I absolutely hated cancelling this particular show. It was clear from the very beginning that F&G had great writing from Judd and Paul Feig, and a tremendous cast. This was an awful decision that has haunted me forever…but the show was consistently NBC’s least viewed. For what it is worth, I have watched all of the episodes over and over again on Netflix, and asked myself what I could have done better to save it.