A case study published in the New England Journal of Medicine reported that the 82-year-old man had contracted the organism while potting plants. 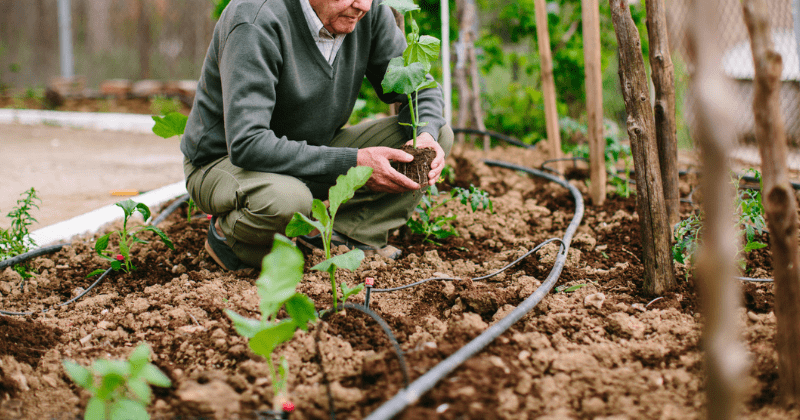 Many enjoy being surrounded by nature and use gardening as a means to feel closer to it. But for one elderly gardener, this activity resulted in a horrific death after a brain-eating amoeba found in the soil turned a portion of his frontal lobe into "a mushy liquid," reports New York Post. Surely, 2020 could not get any worse. A case study published in the New England Journal of Medicine reported that the 82-year-old man had contracted the organism while potting plants in a location that is yet to be revealed. Initially, he was treated for bacterial, viral, and fungal meningitis but soon he became drowsy. He was showing signs of "weakness" and "had rapidly progressive neurologic symptoms."

They've been around a while. Been found in the bottoms of freshwater lakes for at least 20 years now.

Finally, he passed away after suffering seizures just nine days after being admitted to the hospital, revealed researchers at Emory University in Atlanta. The patient was previously diagnosed with blood cancer but he had beaten the illness and had been in remission for more than a decade. Following an autopsy, it was declared that an amoeba had converted parts of the old man's dark matter into a mushy "watery debris" which was described as "liquefactive necrosis." The authors of the study Matt Schimmel and Ishan Mehta reported that the untimely death was caused by a rare infection of the brain and spinal cord called granulomatous amebic encephalitis.

2020 is kicking our behinds, we can’t even have a quiet day of gardening to relieve our stress.....

The study further added that the infection is generally caused by the species acanthamoeba. Schimmel and Mehta explained that the deceased had arrived at the emergency room and complained about feeling weak for at least two weeks. It was found that he had become increasingly weak on the right side and had developed an "altered mental status." Following an MRI, it was revealed an abnormality in the left frontal lobe of the man's brain. He was given medication for meningitis but his condition continued deteriorating and he experienced repeated seizures and drowsiness. After two days, another MRI was conducted and this time it "revealed a large lesion in the temporal lobe."

“But most people with normal immune systems will be exposed to it at some point in their lives without getting sick.”

Describing it as a rare infection, Mehta and Schimmel wrote: "This rare central nervous system infection caused by free-living amoebas, particularly acanthamoeba species, is usually fatal. The amoeba is transmitted through contact with soil or fresh water. Discussion with the patient's wife revealed only an exposure to soil from potted-plant maintenance." According to Newsweek, people who develop granulomatous amebic encephalitis acanthamoeba infection are either diagnosed in the advanced stages of the infection or after their death through autopsy.

The Centers for Disease Control and Prevention describes acanthamoeba as "a microscopic, free-living ameba, or amoeba (single-celled living organism)" which could result in a rare yet severe infection of the eye, skin, and central nervous stem. The scary part is that the amoeba can be found all across the globe in soil and water. They usually spread from the eyes through contact lenses, cuts, or skin wounds. It can also be inhaled by the lungs. While most people will be exposed to Acanthamoeba during their lifetime, very few become sick from its exposure, especially people with weak immunity.

Per the CDC, Acanthamoeba causes three diseases namely, Acanthamoeba keratitis, Disseminated infection, and Granulomatous Amebic Encephalitis (GAE) which was the one that led to the elderly gardener's death. Acanthamoeba keratitis causes an infection of the eye and typically occurs in healthy people. It could result in "permanent visual impairment or blindness." The disseminated infection could affect the skin, lungs, sinuses, lungs, and other organs either independently or in combination. It usually affects people who have a compromised immune system. GAE is a rare by fatal infection of the brain and spinal cord which typically occurs in people who have a weak immune system.