Gary Sinise, Joe Mantegna Surprise Veterans Telling Them Their Debts Have Been Paid Off On Veterans Day 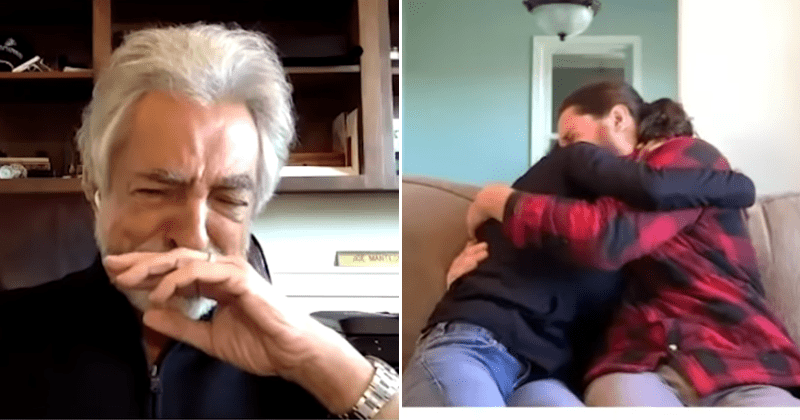 Every year on Veterans Day we honor the soldiers who fought for America, putting their lives on the line for the rest of the country. This year, to honor their sacrifices, Veterans United Home Loans had a special treat for them. In a way, we were given the opportunity to express our gratitude and indebtedness by actually paying it back. Not just in kind, but in actual monetary terms. Saying "thank you" can go a long way but this Veterans Day it meant much more.

Knowing full well that people on social media would be offering thanks on November 11, Veterans United Home Loans decided to take advantage of that and raise money for deserving veterans.

Thanks for supporting our #Veterans! For every "thank you for your service" tweet this #VeteransDay, we’re giving $25 to pay off Veterans’ mortgages to #MakeItMeanMore. Stay tuned to watch us surprise Veterans with the news and learn more at https://t.co/0p5L8zG9Ww! https://t.co/AcbwYWLutB

The mortgage company launched the "Make It Mean More" campaign on Twitter; for every tweet that read "thank you for your service," $25 was donated to pay off veterans' mortgages, reported PEOPLE. Actors Gary Sinise, J.R. Martinez, and Joe Mantegna supported the cause and surprised veterans on Zoom with the wonderful news of their mortgage being paid off. According to the live ticker on the Veterans United website, 11 veteran home loans have been fully paid off. You can watch the touching videos on the website as well.

What you all have done on #VeteransDay is nothing short of amazing! 🤩 By midnight, 90,943 tweets thanked #Veterans for their service, raising $2,273,575 to pay off Veterans' homes! 🏠🇺🇸 We encourage everyone to watch Veterans receiving the news: https://t.co/iRQw3bfdd9

Gary Sinise, J.R. Martinez Among Stars to Surprise Veterans with Campaign to Pay Off Mortgages​ https://t.co/YTUXo10XjK

Among the 11 veterans was Hank Bolden. He is an Atomic Veteran who served in California and after being exposed to radiation while serving, he was given just a few years to live. He is now 83 and a jazz saxophone student at the University of Hartford, on track to complete his degree. The video of his mortgage being paid off stated, "Hank is a man of action. So to thank him for his service this Veterans Day, we chose actions over words." You can watch the video of his home being paid off here:

Another reveal was done by Academy Award-nominated actor Gary Sinise for Navy veteran Bill Day. The humble veteran was surprised when he heard that his mortgage would be paid off. According to Good News Network, the single father-of-four based in Albany, NY, said, "I don't deserve this." Reassuring him, Sinise said, “You’ve served your country, you’re taking good care of your family there and you’re working hard. We want to do a little something for you." You can watch the touching video here:

Veteran Ryan and his wife Stefani have been through a lot and have managed to overcome it all together. The couple bought a quiet house and were hoping and praying that this house they found would become their forever home. Joe Mantegna, on behalf of the campaign, let them know that their prayers had been answered. Mantegna, as well as the couple, broke down the announcement and you can watch the emotional video here:

"The #MakeItMeanMore campaign is an amazing example of how we, at Veterans United and the American people, can be part of something so much more," Pam Swan, the vice president of military relations and business development at Veterans United Home Loans, told PEOPLE. She added, "We all encounter service members and veterans throughout the year and want to thank them for their service, but often refrain from saying anything at all as we think, 'What does that really mean?' or 'I wish I could do more.'" Swan herself has been a military spouse for 33 years.

It was such a privilege to be able to tell Justen that the nation’s tweets paid off his/her mortgage. Thank you @VeteransUnited for letting me help take the meaning behind "Thank you for your service” and #MakeItMeanMore. See more reveals at https://t.co/cO2TgkMLjh

"Well, imagine if the fear or uncertainty were wiped away by backing those words with real meaning...You can now do so much more with those simple words this Veterans Day," Swan stated. "We hope this campaign will not only bring awareness to veterans but remind us as Americans that we have a debt to pay to those who have and continue to sacrifice for this nation." There are other ways you can help veterans as well. Veterans United urged people to donate to other organizations that help change the lives of veterans such as the Veterans Community Project, Homes For Our Troops, and the Gary Sinise Foundation.