The Gary Sinise Foundation started in 2010 helps raise more than $30 million annually to help the families of armed forces. 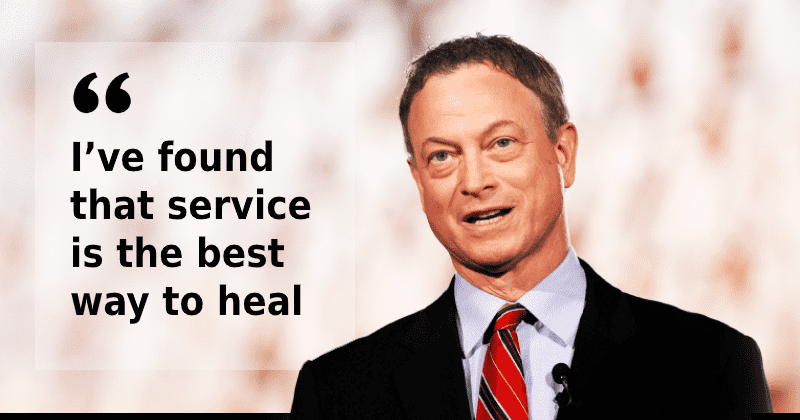 Actor Gary Sinise has been honored with the Patriot Award for his contributions and efforts to help the veterans over the years. The actor, who is best known for playing “Lieutenant Dan” from the iconic movie Forrest Gump, was presented with the award in Semi Valley, California, at the Ronald Reagan Library. Sinise, 64, has been a tireless fighter and advocate for the people in uniform and first responders. The award was presented to the actor by the prestigious Congressional Medal of Honor Society. The award honors and recognizes individuals who have made significant contributions to the betterment of the lives of military people, reported The Hill. It's the highest civilian honor given by the Congressional Medal of Honor Society’s (CMHS).

The actor established the Gary Sinise Foundation in 2010 to help better the lives of armed forces and veterans. His foundation raises $30 million annually with a major chunk of that going towards building specially adapted smart homes for severely disabled vets and taking military families to Disney World. ''To receive this award from them is very special,'' said Sinise, reported to the defense government website. "I've been involved with the society for many years going back to 2007, and I've done many events with them. I’ve made such good friends amongst this incredible group of people and to have them acknowledge me is just a great, great honor.''

''As you all may know, not all heroes are made on the battlefield,'' said actor Joe Mantegna at the ceremony. ''All I can tell you is knowing this man for as long as I have, for 40 years, his status as a patriot is only equaled by his status as a husband, as a father, and as a friend. Therefore, it really is my pleasure and privilege to award the Congressional Medal of Honor Society Patriot Award to my friend, Gary Sinise,'' added Mantegna. Sinise also regularly tours with his band, the Lt. Dan Band, for the benefit of military families.

"Service is the best way to heal"

Sinise opened up about what inspired him to serve military families. "I’ve found that service is the best way to heal. If every person in every neighborhood around the country took a little bit of responsibility for patting these folks on the back, all the problems that we hear about with regards to veterans not getting services or falling through the cracks would disappear. If citizens would look at their freedom providers in a little bit different way," said Sinise, reported PEOPLE.

Sinise knows all too well the effects of war and military life. His grandfather served in WWI, two uncles fought in WWII and his father in the Korean War. Sinise was in the throes of adolescence when the Vietnam War happened and he understood the gravity of it only years later. “All during the Vietnam War, I was just a high school kid playing in bands and getting in trouble,” said Sinise. “I felt guilty that, when they were off at war, I was oblivious to what they were going through. I’ve just tried to give them something back.”

Over 1000 Gold Star Children travel w/ surviving parent, 1,750 in all, via @americanair to Disney World today as part of our @GarySiniseFound Snowball Express program. This charter left LAX this morning. I’ll join up in a few days. Have fun kids! We love you! pic.twitter.com/OfMEpVF1er

The actor took over 1,700 military family members of fallen heroes to Walt Disney World in Orlando, Florida, for a memorable 5-day vacation just before Christmas in 2018. “They’re dealing with the grief and the loss of a loved one, a mom or a dad who have died in military service, and all these kids are going through the same thing, so the power of all of them in the same place at the same time, many of them — hundreds of them — was very healing for a lot of them,” said Sinise.

The actor has also delivered smart homes customized for wounded veterans. “These 100% mortgage-free homes ease the daily challenges faced by these heroes and their families who sacrifice alongside them.” Jonathon Blank, who lost both his legs in Afghanistan, is one of the beneficiaries. “It’s such an incredible gift,” said Blank. "Even some of those tough guys, when they found out about this, they got pretty emotional about it,” he added. Sinise's foundation has built 65 smart homes to date.