Maxwell has been at the Metropolitan Detention Center (MCC) in Brooklyn since her arrest in July, 2020. 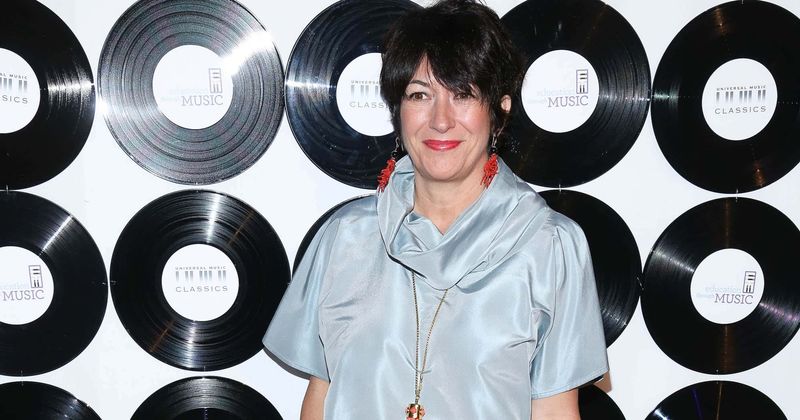 Ghislaine Maxwell, accused in the high-profile child sex trafficking scandal involving the late businessman Jeffery Epstein, has been losing weight and losing her hair while in jail according to her lawyers. Her lawyer Bobbi Sternheim highlighted this in a new court filing addressed to the US District Judge Alison Nathan, who is overseeing the case. “While her weight may currently be fairly consistent, she had lost over 15 pounds, and she is sustaining hair loss,” wrote Sternheim according to news.com.au. The letter was in response to a reply by the federal Bureau of Prisons sent to the judge, which stated that the accused was well looked after and was healthy. Maxwell is presently at the Metropolitan Detention Center (MCC) in Brooklyn.

Maxwell's lawyers insist she is not being treated like any other inmate and have called her terms of confinement “onerous.” The fact that Epstein died by suicide has led the authorities to resort to intrusive monitoring of her every move to ensure she does not do the same, they claim. Some of these measures include being woken up every 15 minutes to make sure she was still alive, reports CNN, according to her lawyers in a previous filing. "Despite non-stop in-cell camera surveillance Ms. Maxwell's sleep is disrupted every 15 minutes when she is awakened by a flashlight to ascertain whether she is breathing," Sternheim wrote. He also said she was "in de facto solitary confinement under the most restrictive conditions," and is "excessively and invasively searched" and monitored all day.

A lawyer for Ghislaine Maxwell has said her client has lost 15lbs (almost 7kg) in prison under "punitive" conditions part-imposed on her after Jeffrey Epstein killed himself last year https://t.co/ESxMuVMNST

Her terms of confinement are so restrictive that they bear similarity to those of prisoners convicted of terrorism or capital murder, claimed the lawyers. Sternheim further wrote that while her meal plan may be in compliance with Federal Bureau of Prisons (BOP) policy, for the first six weeks of her incarceration it was not. It also said she was kept in isolation and being denied access to education and leisure programs such as movies and religious services. “It is obvious that Ms. Maxwell is bearing the brunt of BOP incompetence,” wrote Sternheim, and that prison authorities have “imposed extraordinarily onerous conditions of constraint on Maxwell to avoid the catastrophic consequences of negligence occurring at the MCC that resulted in the death of Jeffrey Epstein.”

According to the New York Post, Sophia Papapetru, a staff attorney at the federal lockup, insisted in a letter to Judge Nathan, “Since Ms. Maxwell’s arrival, she has been provided three meals a day in accordance with BOP policy and its National Menu. Her medical records show that she currently weighs 134 pounds, which fluctuates plus or minus 2 pounds. MDC Brooklyn correctional staff utilize flashlights when viewing inmates’ cells overnight to ensure inmates are still breathing and not in distress,” the letter added. It also revealed that Maxwell had access to “recreational space, social calls, television, shower, legal telephone calls, email, computers, and discovery material.”

Attorney Bobbi Sternheim wrote that Maxwell is being woken up every 15 minutes by flashlight to see if she's alive, is being held in "de facto" solitary confinement and is "excessively and invasively searched."https://t.co/cP2ACdRluW

It also stated Maxwell spent a considerable amount of time chatting on the phone and got 500 minutes per month of social calls. She is permitted to snack on a number of food items and her cell temperature is checked three times a day. Despite a few inmates in the prison having tested positive for the coronavirus, “Maxwell remains in a good health and is not in contact with those individuals.” A test was, nevertheless, administered on her and the report came out negative. Her lawyers have filed a new motion for her release on bail. Maxwell has been in jail since July this year on charges of recruiting, grooming, and abusing three alleged victims, one of whom was a girl as young as 14 years old. Her first bid for release on a $5 million-bond was denied by the judge.