trending celebrity people lifestyle news animals
Gianna's Body Was Found In A Ravine Away From Kobe Bryant, Wreckage Was Littered With Body Parts

Gianna's Body Was Found In A Ravine Away From Kobe Bryant, Wreckage Was Littered With Body Parts 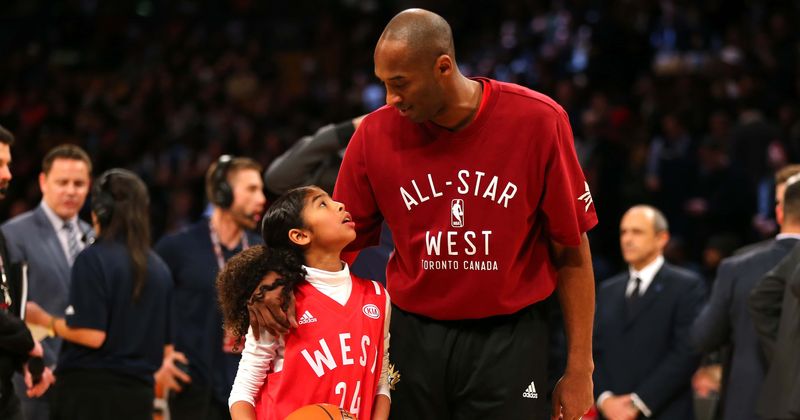 It's been over three months since basketball legend Kobe Bryant was killed in a helicopter crash along with his daughter and seven others. The unexpected incident shook the world, and a closed-door memorial, celebrating the lives of the 41-year-old and his 13-year-old daughter, was held at Staples Center on February 24. Now, the Los Angeles County Department of Medical Examiner-Coroner has released autopsy reports for the victims of the helicopter crash. Other than the Bryants, the seven victims of the crash included Payton Chester,13,  Sarah Chester, 46, Alyssa Altobelli, 14, Keri Altobelli, 46, John Altobelli, 56, Christina Mauser, 38, and the helicopter's pilot Ara Zobayan, 50, reports PEOPLE.

The autopsy report provided an uncensored account of the crash and its aftermath. "On January 28, the cause of death for all nine decedents was certified as blunt trauma. The manner of death was certified as an accident," the autopsy report stated. It confirmed that the passengers of the helicopter died instantly due to the impact. It went onto mention the broken bones, the dismembered body parts, and even the stench of fuel on what remained of clothing that burned, according to ESPN. Most importantly, it revealed that the pilot did not have alcohol or drugs in his system.

The autopsy reports from Kobe Bryant's fatal helicopter crash confirmed for the first time that the pilot had tested negative for alcohol and drugs https://t.co/Y8a62bX1LM

Kobe was identified by his fingerprints after his body was found in the dirt outside the wreckage of the chopper. His daughter was found in a ravine on the opposite side of the wreckage. She was wearing the jersey she would have worn to play that morning. It had the word "Mamba" on the front, which was the name of her basketball team and her last name on the back. After her passing, her high school, Harbor Day School in Corona Del Mar, California, retired the No. 2 jersey in her honor. Her basketball teammates, Alyssa and Payton were also on board with their parents. Bryant, with the help of Mauser, was coaching the Mambas.

Bryant was unrecognizable, the report stated, after the crash. "These injuries are rapidly, if not instantly fatal," wrote Juan Carrillo, senior deputy medical examiner, in Bryant’s report. He was reportedly wearing "multicolored court shoes" the day he died. The autopsy also noted his tattoos, a crown on his right shoulder and his wife's name, Vanessa, was tattooed on the top of it. On his lower right arm were the names of three of his four daughters: Bianka Bella, Natalia Diamante and Gianna Maria-Onore, the daughter who died with him. He has one more daughter, Capri Kobe who was only seven months old at the time of the accident.

The pilot, Zobayan was experienced and Bryant had often flown with him. On the fateful day of the crash, Zobayan had climbed sharply and nearly succeeded in breaking through the clouds. The chopper then took an abrupt left turn and plunged into the hillside below. When it struck the ground, the helicopter was believed to have been flying at about 184 mph. At that speed, the chopper was descending at a rate of more than 4,000 feet per minute. The impact caused a crater and scattered debris over an area "the size of a football field" in the Calabasas hills. The wreckage then caught fire, but the autopsy report stated that the burns on the bodies occurred after their death.

The cause for the crash has not yet been determined by The National Transportation Safety Board. But they have stated that there was no sign of mechanical failure in the Sikorsky S-76, according to Seattle Times. A final report is not expected for months. Bryant's widow filed a suit wrongful death lawsuit against the helicopter company, which even held the pilot responsible for a crash which they thought could have been avoided.

I’m glad this is being done, I actually think she’s very brave to take this on, especially leading the families of the other people who were lost. — Vanessa Bryant files wrongful death suit against helicopter operator - Los Angeles Times https://t.co/Ika0SDSpoB