The baby's grandmother was devastated and spoke about the mother, “I feel like I brought a murderer into this world." 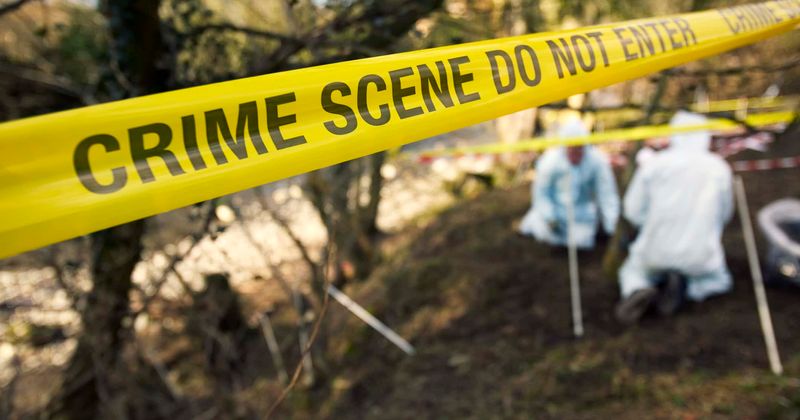 Trigger Warning: This article contains details of a child's death that readers may find disturbing

A Wisconsin couple has been found guilty of dumping their 2-month-old daughter in a field last year. Following a long and arduous investigation, Hezille Frison has officially been sentenced to two-and-a-half years in prison for dumping the body of his deceased daughter Jalisa Adams-Frison, Fox6 reported. Though the incident took place last year, it was only over this summer that 37-year-old Frison pled guilty to hiding a human corpse. He previously provided false information about the missing person and also jumped bail.

Police in #Kenosha now say that search yesterday was for 2-month-old Jalisa Adams-Frison. Police believe she was killed in July. They found “possible evidence of disposal” in that lot. Two people are under arrest. Monica Adams, 21 and Hezile Frison, 36, from Kenosha. #WISN12 pic.twitter.com/47HbrdtO9U

Back in September, Jalisa's mother, Monica Adams had been sentenced to four years of probation and nine months in jail with Huber privileges after a judge decided against prison, according to the Kenosha News. She too pled guilty to hiding a corpse, providing false information about a missing person and obstructing police. “I also hope that I can get help, because I need help,” Adams said, starting to cry uncontrollably. “I need help.”

Monica R. Adams, 21, is charged in the disappearance of 2-month-old Jalisa Adams-Frison after police searched for her body in a Kenosha field. https://t.co/R784qyAn2T

According to Madison.com, Jalisa was believed to have died at a relative's home on July 28, 2019. Though it is still unknown as to how she died, her parents were prime suspects in hiding her death as they told relatives that she was staying with Adams' mother. The couple had been staying with their relatives after moving into the area just a couple of months before this, which is also after the time that Jalisa was born. One relative told investigators the couple "didn't have an emotional connection" with the baby, the complaint stated, Fox6 reports. The relative, who was the child's primary caregiver, recalled waking up one day in July 2019 to find that Frison and Adams had taken the child. When the couple returned home and the relative asked the parents where Jalisa was, she allegedly told authorities they became "argumentative," the complaint states.

Monica Adams, 21, is charged with 5 felonies and a misdemeanor including failure to report death of a child. Adams and Hezile Frison led investigators to a field where it’s believed they disposed the body of 2-month old Jalisa Adams-Frison. @CBS58 pic.twitter.com/c523uXvuEy

“I’m hoping you have hit rock bottom in your life, I hope that you can get whatever you need to move forward,” Judge Jason Rossell told Adams and then decided against sentencing her to prison as she already spent 13 months in custody. “You are described by the PSI and your father as someone who had hope and promise ... it’s now time to exercise that potential, and not because you owe it to yourself or to Ms. Diggins or to your father or mother. You owe it to Jalisa.” In September, at Adams' sentencing, Jalisa's aunt Sparkle Diggins, who reported her missing, read a statement. “I don’t hate you. I pray that God [makes] the best decision for you, because I know that you have good in your heart,” Diggins said. “I know you do, but you have to take accountability for what your part is … That would let Jalisa’s spirit be at peace.”

UPDATE: Jalisa Adams-Frison’s family is holding a memorial for her on August 31st. It will be at Redeem Faith Fellowship Church (3223 W Lloyd) at 6pm . It’s open to the public. @CBS58

Meanwhile, Frison's mother, Jalisa's grandmother, did not want to be identified to protect the identities of other family members. She did go on to state that she wanted her son and his girlfriend to know what she thought of them for what they did. “I feel like I brought a murderer into this world,” she said, saying she hoped her son and his girlfriend would go to prison. “You two did this. It was these two devils. ... They are devils. They are evil people.” “Hezile stated that he had been back to the location of Jalisa’s body two times. Hezile said both times he went back to Jalisa’s body he was able to locate her,” a detective wrote in a statement included in the criminal complaint.

Memorial held tonight in Milwaukee for 2-month-old Jalisa Adams-Frison. @KenoshaPolice have been searching for her body for weeks. Her parents are charged with multiple felonies in connection to failing to report her death and providing false information. Story at 10pm on @tmj4 pic.twitter.com/dTQGtrx5pe

“He was in his mid 30s and dating, literally, a teenage girl,” Defense attorney Angela Komp said. “Ms. Adams’s life was taking one trajectory and she meets Mr. Frison and it takes a turn. She meets him, becomes pregnant, drops out of college, experiences homelessness.” “This all could have been averted if there was an innocent explanation for the death of Jalisa if they had just called police immediately,” Assistant District Attorney Jason Zapf added. “Instead what we had was a series of ever-increasing lies.”