Andy Garcia, who played Vincent Santino Corleone, said he was ready to act and direct the sequels with Coppola's "blessings" if given a chance 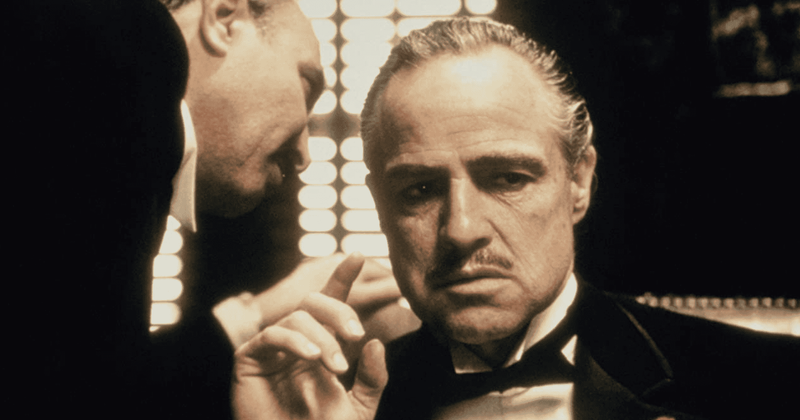 The Godfather trilogy is regarded as one of the greatest movies of all time. With a cult fan following and some of the most memorable dialogues that are still thrown in pop culture, the tale of the mafioso family is a true classic. So when Francis Ford Coppola, the movies' director drops hints of possible fourth, fifth and sixth installments of the movie, it obviously leaves people and the industry to take note. In a recent interview with The New York Times (NYT), the director and cast of the movie were asked the same question. "There may well be a 'Godfather IV' and 'V' and 'VI.' I don't own 'The Godfather,'" Coppola said. That being said, Coppola did intend to make more Godfather movies, post the third installment, but scrapped the idea after Mario Puzo's death, the author of the books of the same name on which the movies were based.

The Godfather series would continue "the story of Vincent in the present day" as per the NYT. During the interview, Andy Garcia who played Vincent Santino Corleone said, "Not a week goes by that someone doesn’t come to me and say, 'Hey, man, where’s ‘Godfather IV’? I say, 'I’ll let you know when I get the call." While the cast of the movie may be keen on getting on board such a project, they highlighted it will be done only if Coppola is involved. But as mentioned, he has no interest as of now. Garcia however has expressed his interest in not just acting in a new Godfather movie but even directing it of course with Coppolla's "blessings." Since the '90s, he told Insider he has an idea for the fourth installment.

Leonard Maltin delves into why Coppola wanted to revisit the film, and Pacino and Garcia’s reactions to seeing the re-edited film for the first time.

"Absolutely, command me as you will. Whatever Francis wants, I would never question it. I owe him. I just need his blessing," he said about being involved in another such project in the present. He gave more details of a brief time when the fourth movie was being considered after the last one came out. He said Robert De Niro would have reprised his role as Vito Corleone in the new movie with even Leonardo DiCaprio joining the cast to play a young Sonny Corleone originally portrayed by James Caan. The movie would be somewhat of a flashback between the present and the '30s when the family was starting out with DiCaprio playing the young Sonny. "Maybe Vincent is dealing with the cartel at the time. And then go back to the 1930s, in the happy years when the Corleones killed everybody and nobody killed them," he said, adding that he even got DiCaprio interested.

"There may well be a 'Godfather IV' and 'V' and 'VI,'" Coppola told The New York Times recently. "I don't own 'The Godfather.'"https://t.co/UquueqQp24

"My manager at the time was representing Leonardo DiCaprio and they were working with Francis on a project and I just mentioned that Francis always had this idea for another 'Godfather.' I said Leo DiCaprio is the right age — this was back in the 1990s — to play a young Sonny in the 1930s. And De Niro could play Vito because he would be the right age for him in the '30s. And then on the other side of the story would be me and Al returning as Michael. Maybe he's still alive and I can still talk to him for advice," he said.  The idea was going to be put into action with Coppola asking Paramount to hire Puzo to write the story, but unfortunately, he passed away.  "The fact that Mario wasn't around took the wind out of the sails for Francis," said Garcia.

However, Paramount remained optimistic about the possibility of more Godfather movies. They said in a statement, "While there are no imminent plans for another film in the ‘Godfather’ saga, given the enduring power of its legacy it remains a possibility if the right story emerges."