The couple have been together for 38 years but never married. 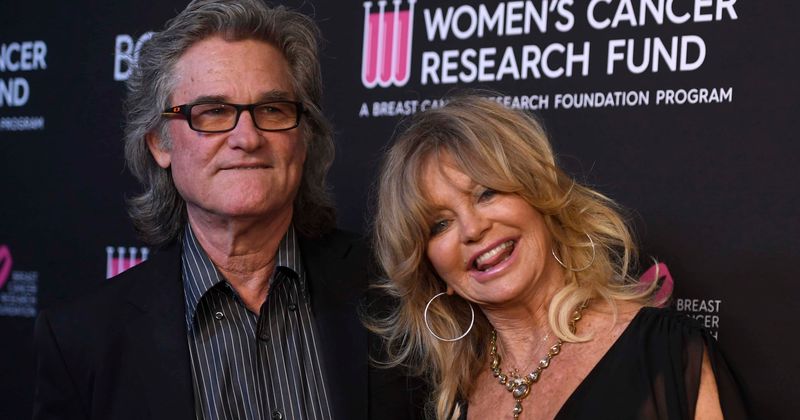 Goldie Hawn continues to be adorable as ever. Add her partner of decades to the mix, and you have a wonderfully fun couple that makes you believe in love! And why not? The Hollywood couple has been together since 1983 and never married. The 75-year-old brought in her partner Kurt Russell's 70th birthday a cute throwback clip of them joking about never getting married. The video is from decades ago where Goldie and Kurt were presenting at an awards ceremony. The two joked about how they've never been married and in the video, Goldie goes on to say "is that a proposal?" to which Kurt jokingly dodges the question and agrees to talk about it later. Goldie looks utterly disappointed and later says, "We WILL talk about it later." The two end up having a good laugh along with the audience. She captioned the video: Happy birthday baby! What a wild ride. No, we never got married but one thing that continues to grow is our love. You’re a wild one, brilliant, lovable, childlike, perfectly maddening, a father supreme and deeply funny! I can’t imagine my life without you at any age, Kurt Russell. You’re the catch. And you’re all mine

As to everyone asking why the two haven't married in nearly four decades, Goldie addressed the issue previously in an interview on Loose Women, as per the Independent. "I would have been long divorced if I'd been married. Marriage is an interesting psychological thing. If you need to feel bound to someone, then it's important to be married. If you have independence, if you have enough money and sense of independence and you like your independence, there’s something psychological about not being married because it gives you the freedom to make decisions one way or the other. For me, I chose to stay. Kurt chose to stay, and we like the choice."

The actress's daughter Kate Hudson — who was raised by the unconventional couple alongside her brothers Boston Russell, Oliver Hudson, and Wyatt Russell — also shared a sweet tribute to her "pa." She wrote: I’m gonna gush cause I don’t often about this man but I figure since today he turns 70 I’m gonna let it out. Plus he’ll never see this 😂 I often wonder how how different our life would have been if he never entered the picture. How different I would be. Let me fill you in. He’s a pick up your boot straps kinda dad. Don’t cry, shake it off you’re ok, kinda dad. Don’t let ‘em push you around you got this, kinda dad. Don’t listen to the noise you’re doing great, kinda dad. Shake those hips like no ones watching, kinda dad. Always get back on the horse, kinda dad. Never miss a show or game, kinda dad. Kids before anything, kinda dad. Work hard play hard, kinda dad. My girl can rule the world, kinda dad.

She continued: His laugh will echo through generations as powerful as his concocted stories of grandeur that may or may not be true (may we never know). He’s an original. One of kind. A powerful, intelligent, talented, loyal family man. He has taught me that we can all exist with immense love through our differences. And his dedication to my mother and their fight for love forever is as admirable as it gets. I love this man so much! A note for all dads of girls. He gave me the gift of confidence instilling a knowingness in me that I deserved everything I worked for and I knew that he’d always have my back in whatever challenges may lay ahead. When you have a dad who gives you permission to be confident you live courageously. And that’s my insta love letter to my dad who has lived 70 years today. ❤️ Happy Birthday Pa. How bout we give some big Hip Hip Hoorays to this wild man!

Kate also previously mentioned to PEOPLE how she looks up to the couple as a great inspiration for a long-lasting kind of love. The two "complement each other so well," she insisted. "Mom is kinetic and she is a butterfly. And Pa likes his family and his home. But when they’re together, it’s so powerful." She told Goldie, "You and Pa have been together for so long and sometimes I look at it and I’m like, How do you guys do it?'" she admits. "I’m still working on that." Living up to the pair’s relationship "is really the goal," the 41-year-old actress confessed, "Just the fact that they’ve been able to maintain a unit for all of us, in times of turmoil, they really are the center of all of our lives."