'It’s The Great Pumpkin, Charlie Brown' Won't Be Shown On Broadcast TV For The First Time In 50 Years

The iconic Halloween special celebrated its 54th anniversary this year on October 27th after debuting in 1966. 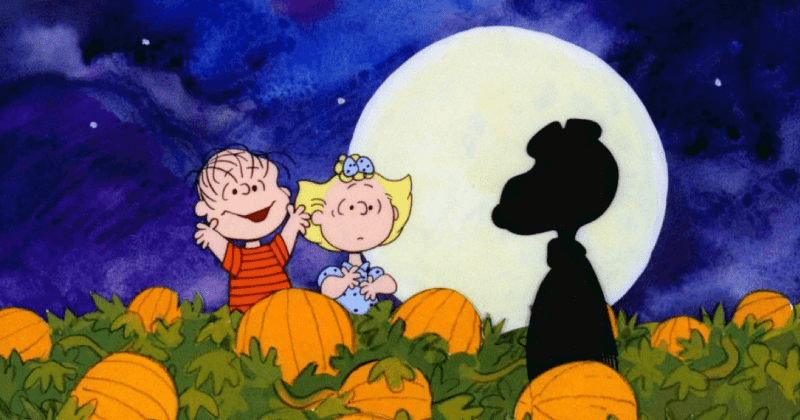 Is it even Halloween if you haven't watched The Great Pumpkin, Charlie Brown during the spooky season. The iconic special celebrates 54 years on October 27 this year. The Peanuts special was first aired in 1966 and has been on broadcast television for more than 50 years. This year for the first time, the movie will not be aired on broadcast television and will be available for free on AppleTV+ during festive dates this fall and winter. The sweet and funny movie holds a special place in the hearts of Americans and has been entertaining children and adults over the years. Charlie Brown's deadpan delivery of "I got a rock" while trick-or-treating gets me every time.

The decision to air the movie on Apple + was part of a partnership agreement between WildBrain, Peanuts Worldwide, and Lee Mendelson Film Productions. Other Peanuts classics It's the Great Pumpkin, Charlie Brown, A Charlie Brown Thanksgiving, and A Charlie Brown Christmas, will be available on the streaming platform reported PEOPLE. The holiday specials will be available on dates connected to the related holiday for free. As per the new partnership, The Great Pumpkin will stream for free on AppleTV+  from October 30 to November 1, the Thanksgiving special from November 25 to 27, and the Christmas special from December 11 to 13.

The pandemic has made life hard for all of us, but even more for children who have been forced to stay inside. With families being advised to stay indoors during Halloween, The Great Pumpkin might be a great way to give them a nice laugh and a fun time while staying indoors. The partnership will extend beyond the holiday specials with other original Original Peanuts programming related to Mother's Day, Earth Day, New Year's Eve, and back-to-school season also featuring on the streaming platform. The original programming will be produced by WildBrain for AppleTV+. The Snoopy Show and season 2 of Snoopy in Space will also be produced for the streaming service. The Charlie Brown holiday shows were originally created in the 1960s and aired on CBS, before moving to ABC.

While the holiday specials have become popular and a staple in nearly every American home, the Peanuts author Charles Schulz wasn't originally keen on seeing his characters in animation but it was producer Lee Mendelson who convinced him. The animations involving Schulz’s characters were brought to life via animation with a team that involved Charles Schulz, composer Vince Guaraldi, and director Bill Melendez. Guaraldi would compose the iconic song "Christmas Time Is Here." It was the producer Lee Mendelson who wrote the lyrics of the song because he didn't have the time to find a lyricist. He apparently wrote six verses in "about 15 minutes on the backside of an envelope." He then got a church choir from Northern California to sing the lines he penned, including the unforgettable opening lines: Christmas time is here, happiness and cheer, fun for all that children call, their favorite time of year.

A Charlie Brown Christmas is another classic and nabbed an Emmy and has been aired on TV since 1965. Ironically, none of the TV networks wanted to air the animation at first. The Christmas-themed holiday special was created at the request of a sponsor but the holiday special was only ready a week before Christmas. CBS wasn't keen on it but they were cut for time. They called the animation special dour and simple and slammed it for using actual children's voices and not using a laugh track. CBS went ahead and aired it only because they didn't have the time to change to animation to their taste and expectations. "I really believed, if it hadn't been scheduled for the following week, there's no way they were gonna broadcast that show," said producer Mendelson on a 2004 documentary about it.