He was standing almost 10-15 feet away from the cannon but the flying shrapnel killed him. Shrapnel flew almost 20-25 feet in other directions. 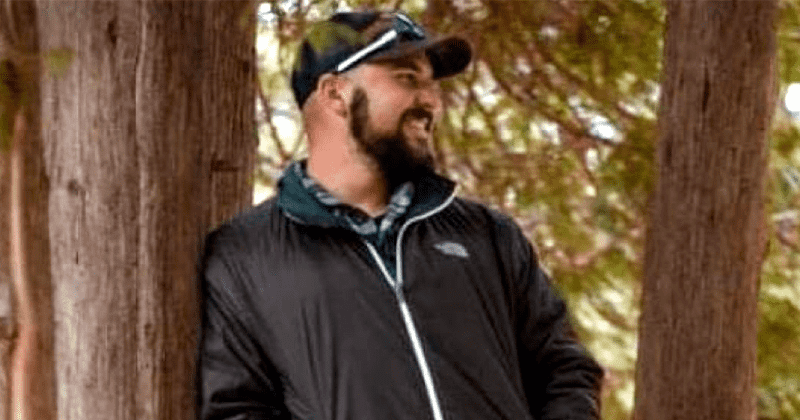 A 26-year-old man was killed after a small cannon exploded during a baby shower at the event in Michigan on Saturday. What was supposed to a celebration turned death knell for Evan Thomas Silva. He was standing 10-15 feet away from the cannon but was severely injured after it exploded around 7:30 p.m. at a home in Genesee County, Michigan, reported the Michigan State Police. The cops said the cannon was "designed to create a big flash, a loud noise and create smoke" but went awry after being loaded with gun powder. He was standing among a group of people in the backyard when the cannon exploded sending metal shrapnel flying in his direction, striking him in the chest, reported PEOPLE. The 26-year-old was the only person hit by the shrapnel. He was rushed to Hurley Medical Center in Flint, stated a police release.

He and a group of three to four others were celebrating in the backyard when the incident occurred and sent off metal shrapnel, police said. He was the only person hit by the shrapnel and died of his injuries after being transported to Hurley Medical Center in Flint, according to the release. The home's owner had bought the cannon at an auction and had fired it "several times" before, stated the release. "The problem with things like this is when you use gunpowder and you're using some sort of device without regular inspections on them, you may not see a hairline fracture in that device," Lieutenant Liz Rich told The New York Times. "There may have been too much gunpowder in there — that's what our bomb squad suspects, that that's the reason the entire thing exploded."

Initial reports suggested the event was a "gender reveal" party but the police have confirmed that it was a baby shower that was organized at the home of a family friend of the couple expecting a baby. The authorities are investigating the incident and said the case will be sent to the Genesee County Prosecutor for review. A GoFundMe campaign has been started to help Silva's family with his funeral arrangements. "On 2/6/21 we lost Evan Silva to a sudden fatal accident. He left behind many family members and friends who greatly miss him and are grieving," the page read. The campaign has raised $12,680 so far.

According to Detroit Free Press, some pieces of cannon also hit parked cars and a garage that was 25 feet away from the location of the explosion. Dramatic celebrations at such events are causing fires, injuries, and death. Last summer, a couple set off a smoke bomb at a gender reveal party that ended up starting a fire and scorching 22,744 acres of land inside the El Dorado Ranch Park in Southern California. Similarly, a gender-reveal party in Florida started a wildfire in 2020 as well. In April 2017, a Border Patrol agent sparked a wildfire by firing a rifle at a target filled with colored powder and the explosive substance Tannerite. A nearby dry bush to catch flames and ended up causing the Sawmill Fire that cost almost $8 million in damages. It's not the first time shrapnel from an explosion has killed a guest at a celebratory event. In October 2019, a family accidentally built a pipe bomb for a gender reveal. The flying shrapnel from the bomb ended up killing the baby's grandmother, instantly killing her.