The TV host and restauranteur has raised over $21.5 million for restaurant workers through his Restaurant Employee Relief Fund. 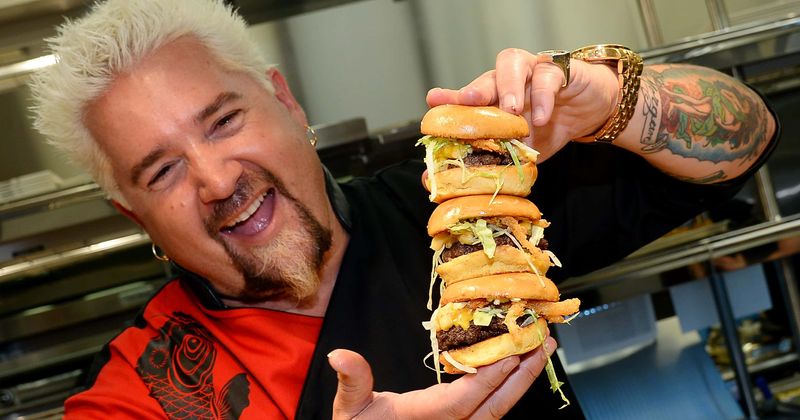 Guy Fieri, the famous restauranteur and author, has raised over $21.5 million in seven weeks to support unemployed restaurant workers in the wake of the pandemic. The TV presenter started his Restaurant Employee Relief Fund on March 27 when businesses and restaurants across the country closed down to curb the spread of the virus. The restaurant sector was one of the hardest-hit industries due to the coronavirus as millions of workers lost their jobs. According to Bloomberg, most of the donations arrived from companies like Uber Eats, PepsiCo, and Moet Hennessy USA after they reached out to lend a hand post Fieri's personal plea. As many as 43,000 people are said to have received $500 grants owing to the campaign.

I will fight anyone to the death that speaks ill of @GuyFieri - he's out there doing more than the clowns we elected to run the country.https://t.co/8lO2v9W1sg

Currently, the self-appointed mayor of Flavortown is in the process of seeing his new documentary Restaurant Hustle 2020 air on the Food Network this month. The show highlights the challenges of running a restaurant in 2020 and coincides with the launch of his delivery-only restaurant chain, Guy Fieri’s Flavortown Kitchen, in almost 200 locations. Set to be open in places including Minneapolis and Los Angeles, the chain will include the Real Cheezy burger replete with Fieri’s signature donkey sauce. Social media denizens were quick to applaud Fieri's thoughtful efforts to help revive the restaurant industry in this pandemic and even revised their opinion about him.

I feel like Dolly Parton and Guy Fieri are the unspoken heros of 2020 https://t.co/ZX3hqlfw2G

Author Michael Brendan Dougherty wrote: "Actually Guy Fieri is a good person and his soft-belly populism has expanded the American diet for the better, and brought attention to a lot of great local businesses. Fight me." Stephanie Ruhle, a correspondent for NBC, added: "The Mayor of Flavortown steps up to help restaurant workers as actual lawmakers do not... This time last year there were almost 4mm MORE Americans working in hospitality than there are today. Thank you @GuyFieri for stepping up & stepping in." Dan Price, the CEO of card payment company Gravity Payments, noted: "Guy Fieri has raised $21.5 million for unemployed restaurant workers, which means Guy Fieri has done more for unemployed restaurant workers than Congress has in the last 8 months."

The mayor of Flavortown has done more than any actual mayor during the pandemic. https://t.co/TmLqEWQymM

According to BBC, Price is known for setting the minimum wage for all his 120 employees at $70,000 in 2015 while also taking a $1 million pay cut himself. Mathew Zeitlin added: "Guy Fieri is doing the economic response to covid and Dolly Parton is doing the medical response." Janice Dean also showered praise on Fieri before launching a scathing attack on policymakers, adding: "Shame on every single one of our government “leaders” who have failed them. God bless the "Fundraiser of Flavortown." Actor Patton Oswalt of The Goldbergs fame noted: "Just your occasional reminder that @GuyFieri is a ridiculously good human who walks it as he talks it." While most pointed out how Fieri is such a stand-up guy, others expressed their shame for judging the book "by its cover". Claire Willett added: "At least once per day I think about how I have never judged a book by its cover so badly as I once did Guy Fieri."

Bloomberg 50: Guy Fieri (aka the Mayor of Flavortown) raised more than $21.5 million in seven weeks to assist unemployed restaurant workers https://t.co/ZdoG0N5rPM via @BW

The Volatile Mermaid wrote that Fieri is more presidential than President Trump ever was. "Guy Fieri is more presidential than the president is a sentence I never thought I’d have to type," before painting a subtle image with their words, "The president of the United States is less presidential than a spiky-haired bro who has flames on all of his shirts and declares himself “the mayor of Flavor Town." Glenn Jacobs, Mayor of Knox County, Tennesse, added: "We can't all raise millions of dollars like @GuyFieri (which is truly incredible!), but, if you are able, please support local restaurants, especially with take-out and delivery.

Guy Fieri might still be a punchline to some, but I met the dude once and came away convinced that he cares quite a bit about the little guy. So it doesn’t surprise me that he raised $21.5 Million for Workers: https://t.co/MJnZIp2IbP