These were first released some years ago and have once again been spotted at Dollar General and other stores recently. 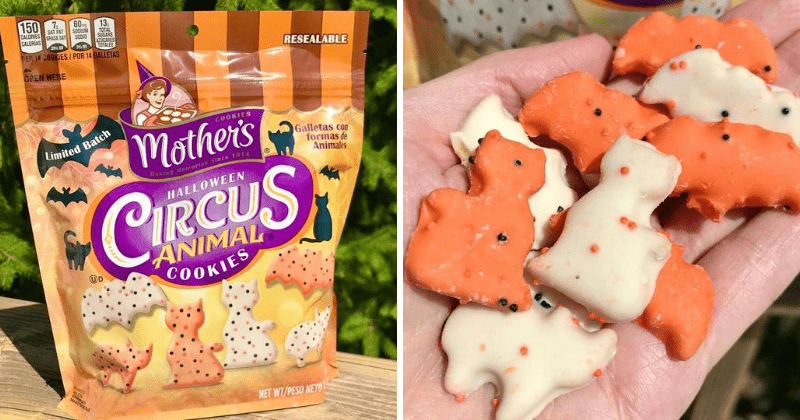 Halloween is around the corner and as a delightful surprise, a limited batch of Mother’s Circus Halloween Animal Cookies is back in store. What a perfect treat for the season! These are not just the ordinary cookies shaped in circus animals as the treats are known for. This time it's the Halloween special, in the shape of other animals such as cats and bats, with the addition of white frosting and rainbow sprinkles on top of them.

Blogger The Impulsive Buy recently wrote about finding one bag of the cookies during a recent visit to a Dollar General store. "This Halloween won't be complete without a Mother's Halloween Circus Animal Cookies, 11 oz. Pick yours up today to make this season even creepier! Quantities and selection may vary by location. Check your local Dollar General store for availibility," the store's website added. A pack of 11 cookies will come at a price of $2.75.

According to Delish, they are also available at BevMo!—a liquor store chain in California, Washington, and Arizona. So what are you waiting for? Anyone in or around these states should rush before they run of these cookies. According to another blog, One Walk Kitchen, the Halloween special cookies are not new. These were first released back in 2008 at a time when the brand was facing some problems. "Like many people who've been blogging about them, I had Mother's Circus Animals cookies as a sometimes treat," the blog stated.

It added, "When I found out about their bankruptcy and abrupt closing, I made a note to find a bag the next time I went grocery shopping, especially when Hun told me he'd never tasted them. I was disappointed . . . okay, I was alarmed when I found that they were gone from the shelves, and the other Mother's cookies were also rapidly disappearing. I remembered having seen special Halloween editions on display racks, so I wandered the store, looking for them."

I don’t know if Mother’s still makes them since Kellogg’s bought them, but they used to have Halloween 🎃 Circus Animal cookies. pic.twitter.com/WlhlU9xeHW

It stated further, "Huzzah, because I found them! And Hun agrees--they're a wonderful sometimes treat! If you're a fan, get those Mother's cookies while you can! The last local grocery store I went to had absolutely none left. =/ Late last week, I did find them fully stocked at Target, and yup, I bought a bag. I may (will probably) buy another if I see them again. Someone did mention seeing identical cookies under the Keebler brand, but I haven't tried them, so if anyone can report on their similarities (or differences), let us know!"