Harry may still be keeping his mother's memory alive, in the subtlest of ways. 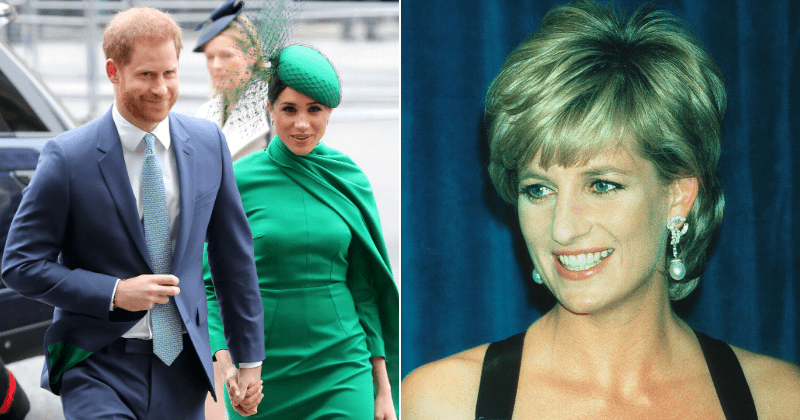 He may have officially stepped down as a senior royal of the British monarchy but it seems Harry will always be his mother's son. As we reported earlier, Meghan Markle and Harry have shifted from Vancouver Island in Canada to Los Angeles in the U.S. The former royal couple is now settled in Meghan’s hometown. Meghan's mother is also in LA. Doria Ragland works as a social worker and yoga instructor.  A source said that “Harry is looking straight ahead at his future with his family. They will be spending time in California…He’s not looking back.”

Apparently another royal member had a yearning for the exciting life in L.A. That desire belonged to none other than Princess Diana, Harry's mother. "Sources have told us that Meghan and Harry are staying in a $20million mansion in Malibu," Express quoted royal expert Charlie Lankston. "Now, this is interesting for a number of reasons. Malibu is nicely out of the way, it’s not right in the middle of LA, they’re not going to get that Hollywood, over the top lifestyle which I’m sure the two of them are not looking forward to getting involved into whatsoever," she added.

Mygod! She's not yet finished with the Princess Diana "reincarnation" thingy?

"But it’s also in an area where it was rumored that Princess Diana was planning to live with Dodi al-Fayed shortly before they died." The businessman reportedly bought a house in the Malibu area in June 1997. This was just 2 months before their fatal car crash in Paris. The royal expert continued,  "We know that Dodi had purchased property in the very same area and sources told us Princess Diana was very much planning to move in with him had their life not ended so tragically and so early."

"Harry and Meghan were very much testing the waters with their stay in Canada, I don’t believe they ever planned to make the place their residence but it was the place that the two of them knew they could be really isolated from the rest of the world. They could really hunker down with Archie, away from the publicity that they experienced in London. It always made sense for the two of them to be in Los Angeles at least part of the time."

Since Meghan's mom is also from LA, the couple can also have a sense of family once they're out of self-isolation. And now that they're out of the monarchy they can also start focusing on their new professional lives. Lankston said, "Meghan’s family is from LA, her mother, who she is very close to, lives just outside the main Los Angeles City area. And it’s also somewhere where the two of them will be able to get a lot of work done. The lifestyle in LA is very much something Meghan buys into – she loves yoga, she loves pilates, she eats very healthily. And it would be a really great place where to raise a child – you get that wonderful LA sunshine, you get beaches, there’s a lot of outdoor activities."

The couple have already begun the new chapter in their lives. The couple was not allowed to use the name "Sussex Royal" for their nonprofit organization, website or Instagram account anymore. Although the @SussexRoyal handle and their website SussexRoyal.com will be inactive, “both the Instagram account and website will remain in existence online for the foreseeable future," a spokesperson had said. Now the couple have revealed the name of their non-profit in a sweet tribute to their son Archie.

According to Harper's Bazaar, Harry and Meghan shared details on the new venture after filing a trademark application with the United States Patent and Trademark Office on March 10. The two were hoping it would remain a secret till they were ready to make a formal announcement but word got around quick enough. "Like you, our focus is on supporting efforts to tackle the global COVID-19 pandemic but faced with this information coming to light, we felt compelled to share the story of how this came to be,” they shared in a statement. “Before SussexRoyal, came the idea of ‘Arche’—the Greek word meaning ‘source of action.’ We connected to this concept for the charitable organization we hoped to build one day, and it became the inspiration for our son’s name. To do something of meaning, to do something that matters. Archewell is a name that combines an ancient word for strength and action, and another that evokes the deep resources we each must draw upon.” We can't wait to see what the couple will be coming up with on this exciting new chapter.

Harry and Meghan say the name was inspired by the Greek word for “source of action”, and that they want the organisation “to do something of meaning, to do something that matters”.