‘He Was Just Sleeping": Mom Left Shocked By ‘Unexplained’ Death Of Toddler 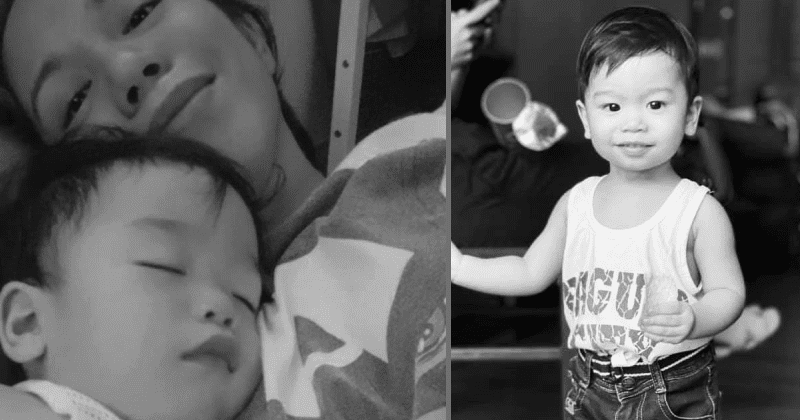 There's nothing more heartbreaking than losing a child, but it's even more painful when you were there when it happened. On January 14, 2021, Angelica de Leon-Panganiban couldn't have possibly anticipated what was about to happen. She had fed her baby and as he fell asleep, she had gone about doing house chores. When she returned an hour later, he was cold and not moving. Angelica de Leon-Panganiban opened up about her son's death on Facebook. “I gave him a bottle of his milk and let him watch Blippi,” wrote the mother. Around 11, she breastfed him and then he fell asleep. She went to cook lunch and do other house chores. An hour later, when she returned, Angelica noticed his pillow was soaked with sweat. “I checked on him and that’s the time that I saw his lips [are] already purple-ish. I tapped his cheeks and shouting for him to wake up, but when I held his hand, it was already cold. I did a mouth-to-mouth resuscitation, but I could no longer hear his heartbeat,” wrote the mom.

Angelica's husband was at work, so she rushed her 18-month old baby to the hospital in Pampanga, Philippines. “When they [doctors] saw Alonzo, he already [flatlined] and they said it’s already difficult to revive him but we still maximized the Epinephrine (the one that they gave for his heart). At 2 pm, they declared Alonzo is already dead,” said Angelica’s post. The doctors told her that the cause of death was aspiration. According to Healthline, aspiration is when you’re breathing foreign objects — typically food, saliva, or stomach contents when you swallow, vomit, or experience heartburn — into your airways. Doctors believe Alonzo's saliva would have collected in his mouth while he was sleep and then dribbled down into his lungs, causing aspiration and leading to choking. The hospital staff also noted that it was “somehow SIDS” or Sudden Infant Death Syndrome. "Very sudden and unexplainable,” she wrote.

Angelica said there were no warning signs about what was about to happen to her baby. “Alonzo is an active and healthy 1 and-a-half-year-old baby. We didn’t see or notice any unusual markings or warning signs and symptoms from him,” said Angelica. “This is very sudden. He was just sleeping and the next thing I know, he’s gone." SIDS, often called 'crib death' in babies, refers to the unexplained death of an otherwise healthy baby in their sleep. SIDS mostly occurs in infants younger than 1-year-old. According to The American Academy of Pediatrics, 3500 infants die annually in the United States from sleep-related infant deaths, including sudden infant death syndrome.

Angelica is hoping her story spurs other parents to keep looking for any signs of stress. “Always keep an eye on your children. Always put them first. Appreciate and be thankful for each day [you get] to be with your children. Please do not get tired of being a mother. Because no one knows in just a snap, they will be gone. Hug your children a little tighter today. Love them as if there’s no tomorrow,” said Angelica, reported Smart Parenting. "Losing a child is next to death. It's a feeling of numbness and losing yourself. It feels like losing your soul. You may put on a front of the world but the truth is, inside you are dying a little more each day," she wrote.

While it cannot be prevented, the risks can be reduced by practicing safe sleeping habits. The American Academy of Pediatrics recommends the baby sleep separately for, at least, 6 months to reduce the prevent suffocation, strangulation, and entrapment. They also state that it's ideal for infants to sleep on their backs, with their face toward the ceiling. "Actually lying on their back is the safest position,” said Angelica. Ensure there are no potential items in the crib that the baby could suffocate on, including pillows, blankets, and stuffed toys. Breastfeeding has been shown to be more protective against SIDS than no breastfeeding. It's also safer to not allow an older sibling to sleep in the same bed as the baby, as they aren't as careful about the baby. Parents, especially those with long hair, are advised to keep their hair tied up to prevent babies from being accidentally strangled by human hair.

Disclaimer : This article is for informational purposes only and is not a substitute for professional medical advice, diagnosis, or treatment. Always seek the advice of your physician or other qualified health provider with any questions you may have regarding a medical condition.