trending celebrity people lifestyle news animals
6-Year-Old Killed In Hit-And-Run, Dies In Her Father’s Arms: "She Always Had A Smile On Her Face"

6-Year-Old Killed In Hit-And-Run, Dies In Her Father’s Arms: "She Always Had A Smile On Her Face"

The suspect, identified as 18-year-old Jyon Collins, turned himself in four days after the deadly accident. 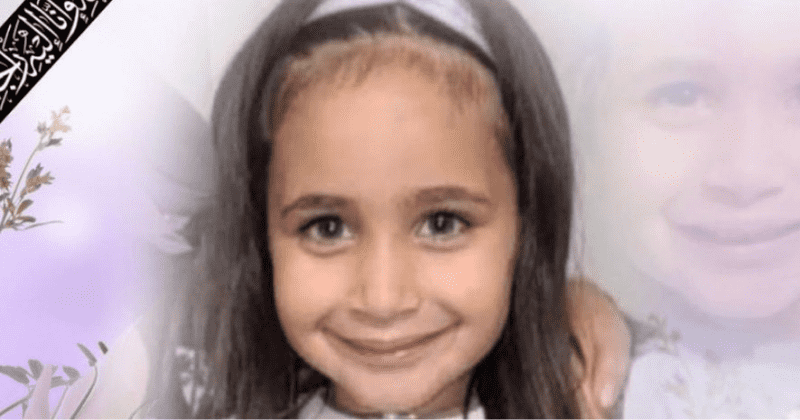 Tragedy befell a family in Dearborn, Michigan after their 6-year-old girl named Batoul Al-Fadawi in an alleged hit-and-run crash. The heartbreaking incident unfolded on November 7 at around 2:50 p.m. on Bingham Street. "The Dearborn Police responded to the 7600 block of Bingham on report of a pedestrian who had been struck by a vehicle," read a statement from authorities. "Upon arrival, officers identified a 6-year-old child who had severe injuries and determined that the vehicle involved failed to stop." The young girl was immediately rushed to Detroit's Children's Hospital, but sadly she succumbed to her fatal wounds.

The person who caused the death of the child Batoul Al-Fadawi pic.twitter.com/FGuFBWLYAi

Recalling the painful final moment when Batoul's father Haidar Al-Fadaw held her child in his arms as she took her last breath, he said, "The doctors just came up to me and they told me, 'Your daughter is dying. Just say goodbye to her." Speaking to Click On Detroit, he added, "Within the next couple of minutes — and she died in my arms." Haidar also claimed that the car that hit his daughter and ultimately caused her demise was speeding. "People shouldn’t drive like that, crazy. He was driving like he was on the highway and the way he hit her," shared Batoul's mother Nadine Al-Fadawi. Police believe that the suspect was driving at around 50 miles per hour.

"Right now the price for driving a 5,000-pound vehicle at 50 miles per hour is not high enough. There needs to be a greater price to pay," noted attorney Majed Moughni who explained why there needs to be harsher punishments for hit-and-run drivers. On the day of the deadly accident, Batoul had been playing with a bunch of kids and had run onto the street to get a ball that was stuck under a car. As she stood up, the vehicle hit her "head-on." During an "initial investigation," Dearborn police "identified the vehicle involved as a silver or white Chevrolet Equinox," read the statement. Investigators later revealed that they have indeed detained a person of interest in connection to the hit-and-run death of Batoul. The person, identified as 18-year-old Jyon Collins, reportedly approached the Dearborn Police alongside his attorney and turned himself in four days after the incident.

"With the subject in custody, it's important to note that this investigation is active and ongoing. You will be kept updated when appropriate," shared Dearborn Police Chief Ronald Haddad, who also added how deeply the community had been impacted following the death of the innocent child. Apparently, Collins should never have been behind the wheels as he didn't even have a driver's license. Following Collins' arrest on November 10, he was charged with one count of failure to stop at a scene resulting in death (a five-year felony charge), and one count of driving without a license, (a misdemeanor) on Friday, November 12, in Wayne County.

Batoul's death lay bare a speeding problem that has terrorized the Dearborn neighborhood. Residents living in the area revealed that they have informed the police about it and have even begged drivers to slow down in the neighborhood. But seems like no one was listening until the sweet little girl was fatally struck by one of the speeding vehicles. A GoFundMe campaign — which is now closed — was created for Batoul's family's and it described the little girl as a "beautiful" soul. "Her excitement about being with family, playing, and learning was exceptional. She always had a smile on her face and her voice was likewise enthusiastic," it read. The young girl had so much to live for before her life was brutally cut short. Hopefully, her story will finally dissuade people from driving recklessly and putting innocent lives at risk. Batoul is survived by her parents, six sisters, and a brother.