Animal rights activists have claimed that the Belgium government has allocated millions of dollars to KU Leuven for the experiments and have asked to put an end to the same. 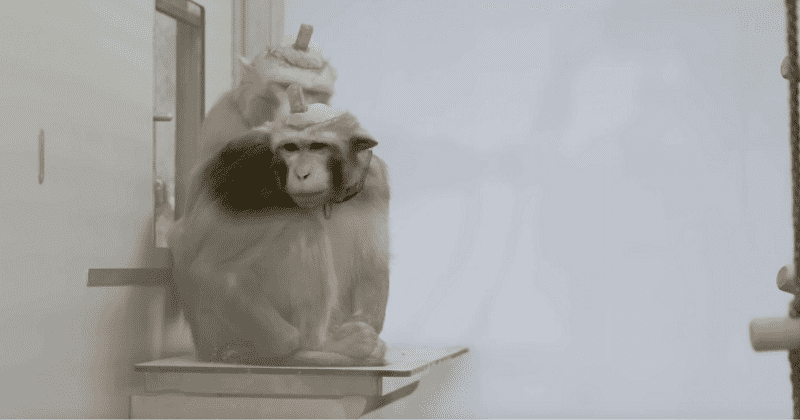 Trigger Warning: The story has graphic details of animal cruelty that readers may find disturbing

Animal rights activists are up in arms against a university in Belgium after information of them drilling holes in scalps of monkeys, fitting them with electrodes, and covering the same in cement, got out. Now, they want the university to suspend the experiments and release the animals. The university, however, claims that the animals have been kept in good condition and that many of the breakthroughs as a result of such experiments have benefitted mankind. Activists have started an online petition for the end of these experiments at KU Leuven, while also calling for a silent March on October 1 to pressure the university and the government to take action. According to a group called Animal Rights, the Belgian government has apparently allocated as much as 1,828,610 euros ($ 2,149,295) to KU Leuven to finance brain experiments on monkeys, which the group claimed caused them a lot of suffering.

The experiments are being conducted on 12 rhesus monkeys on long-term projects. At the end of the experiments all the monkeys will be killed, the group said. They claimed that electrodes are implanted into the monkey's brain after holes are drilled into their skulls. Then cement is used to attach a rod to the skull, which is then used for brain measurements. The animals are prepared for the experiments by forcing them into heavy training programs that could go on for months. They are also put on strict water diets and are coerced to cooperate. This, they claimed, has been going on for over 30 years. The university's previous experiment was related to them giving the monkeys cocaine. The university or the government show no sign of stopping since three new animal testing projects on rhesus monkeys have just begun this year.

@fsw_kuleuven i very much doubt that any good will come of these horrific experiments, and even if something is discovered it is at too great a price when our morals and compassion are concerned. This experimentation is not justifiable in my opinion

While authorities at the university have pointed out that planting electrodes in normal human subjects was not ethical, they have no problems doing the same to monkeys. "This shows that animal experimenters have double standards. If you ask the experimenter why they use animals it is because they are like us, but if you ask why we are allowed to test on animals, the researcher says because they are not like us," said Charles R. Magel, an American animal rights activists. Meanwhile, the university has defended itself and said that "unfortunately, there are not enough good alternatives" to replace lab animals, while adding that "certain processes can be studied in test tubes. Some studies can be done on humans. In other cases, animals are necessary," according to a Daily Mail report.

Monkeys use a different part of their brain for depth perception than human beings, new #kuleuven research shows. https://t.co/bMxESjNDpY

It added, "Laboratory animals are well cared for and housed in the best possible circumstances. They live in small groups with enough enrichment to keep them busy. Good care and housing is not only important for the animals but also to guarantee the quality of research. Only if animals have been able to develop their natural capabilities can meaningful research be carried out on them. Monkeys have very spacious housing, where their natural environment is mimicked as much as possible." Even an opinion poll conducted on the subject in Belgium has found as much as 79% of the people do not approve of experiments on monkeys, Animal Rights pointed out. Another 64% said it was not ethical to conduct these experiments even on other animals.

These animal experiments are not legally required for the development of new medicines. They are useless and cruel experiments that only serve to satisfy the curiosity of scientists lacking compassion. #replaceanimaltesting #animalrights https://t.co/lBvtKZUIJz

Jen Hochmuth, a toxicologist and campaign coordinator at Animal Rights, said, "Our tax money is being wasted on cruel animal experiments that the majority of the population wants to see banned. Animal Rights has previously uncovered that one million euros was approved via FWO in 2017 for controversial monkey experiments at KU Leuven. Through government bodies like the FWO, Flemish universities are given full freedom to decide for themselves on which research projects public budgets are spent on." She went to the extent of saying that the experiments being conducted by KU Leuven are completely useless. "These animal experiments are not legally required for the development of new medicines. They are useless and cruel experiments that only serve to satisfy the curiosity of scientists lacking compassion," she stated.

Disgusting and graphic. Shut them down, put them in jail. Laboratory of Pharmacology and Toxicology (LPT) near Hamburg https://t.co/GMrgXTgKcM

Last year, an animal testing laboratory in Germany came under fire after an investigation showed monkeys and unwell dogs kept in squalid conditions, according to The Guardian. The Cruelty-Free International and Soko Tierschutz released videos of the Laboratory of Pharmacology and Toxicology (LPT) near Hamburg, that showed staff using metal prongs to grab macaque monkeys by the neck and restrain them with braces during testing. The videos also showed staff smacking the animals.