Emily Zamourka went viral after an LA officer took a video of her singing and uploaded it online. 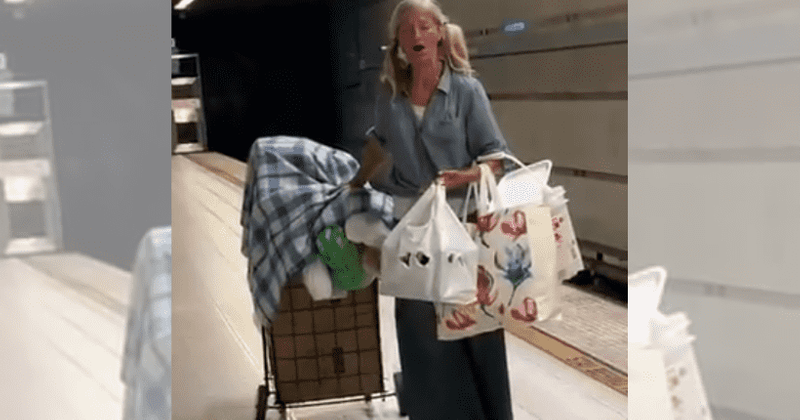 A video of a homeless woman singing on a subway platform in Los Angeles has touched the hearts of people online. The video taken by a police officer shows a woman, later identified as Emily Zamourka, singing at the Los Angeles Wilshire-Normandie subway station. She is singing an opera-style song with her highly melodic and perfectly-pitched voice as she pulls a trolley cart filled with her belongings and carries some bags on the other hand. Once the video was posted on the LAPD's Twitter handle, it was viewed millions of times, with people leaving touching messages. One person wrote: Beautiful voice. I hope someone with music/stage connection can help her out. Thank you for sharing her voice. My heart and go out to her and everyone on here.

4 million people call LA home. 4 million stories. 4 million voices...sometimes you just have to stop and listen to one, to hear something beautiful. pic.twitter.com/VzlmA0c6jX

Another listener wrote: She has a beautiful voice, but she appears to be homeless. I certainly hope not, but the shopping cart & ripped plastic bags tell me otherwise. If so it's really bittersweet. Yet another commented: What a beautiful voice , thank you for sharing . So many comments about her being homeless to me her appearance and obvious vocal training tells me different. Can twitter to it’s thing and find out what’s her story? I would love to know. Once she went viral, the press dug deeper into her background and what emerged was a sad story of loss and life's hardships. According to a report in LA Times, Zamourka was a musician originally from Russia, who came to the US in hopes of a better life.

She was a self-taught singer who loved operas, and knew how to play the violin and the piano. She earned her living by playing the former as a street musician but had lost her livelihood when her instrument was stolen and destroyed. It had cost her $10,000 and she was clearly not in a position to buy another instrument. About her encounter with the cop, she said, "I told him, ‘Please don’t do it.’ I felt intimidated. What do you expect with a police officer taking a picture of you?” But she had no idea the video would soon be her saving grace. "4 million people call LA home. 4 million stories. 4 million voices… sometimes you just have to stop and listen to one, to hear something beautiful,” she added. After the violin was stolen, she decided to earn her living by singing.

Emily Zamourka, the woman who went viral for her singing inside a subway station, performed onstage in Los Angeles. The 52-year-old classically trained musician from Russia, dubbed the "Subway Soprano," says she was homeless for about three years. https://t.co/s71V4bcwgN pic.twitter.com/4l0QioRNDf

“I didn’t want to be dependent on anybody," she said while adding, "I was having fun. I was learning English.” Once she became famous she gave interviews to channels and media houses and also got invites to sing at a few venues. A GoFundMe page was also started for her, to which many people donated generously, leading to the collection of $80,000. The page was started by a person who saw Zomourka singing on television and was moved by her story. She also got the help of an LA Councilman who was in touch with her for help. The organizer of the fundraiser said later the money had been transferred to Emily. "I want to thank that police officer who did that video, and I wanted to thank God that he inspired me to do that,” Zomourka told LA Times.