The incident took place at the Hull General Cemetery on Spring Bank West opposite the turn-off for Hymer's school. 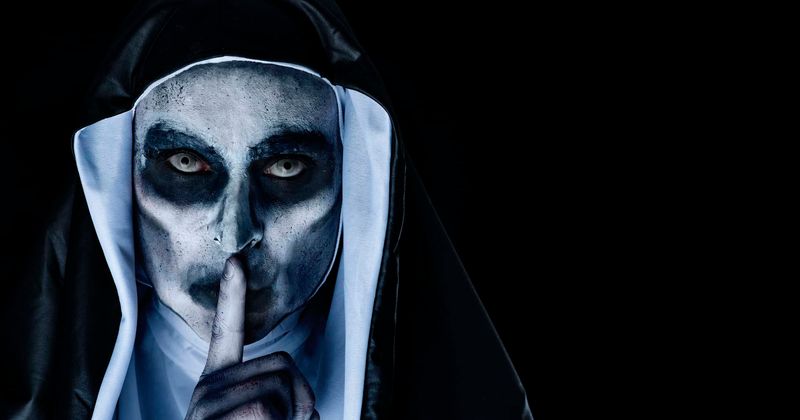 If you think you've seen it all, this article will definitely change your mind. It's about a bizarre incident that unfolded right outside old Hull General Cemetery. A woman wearing a cream habit and coif headpiece was dressed as a nun and was seen dancing with what looked like a human skeleton, before turning her attention towards another that seemed like a dog. "Literally, she was stood at the cemetery on Spring Bank West opposite the turn-off for Hymers school. She was dancing with a skeleton," shared one bystander who was understandably shocked by the sight. According to Metro, the human skeleton the woman was playing with over the weekend, on Saturday, was a prop. But it wasn't quite evident to passerby at first glace as they halted to observe the anomaly.

"It was clearly attracting a lot of attention with people stopping to watch nearby and people in their cars looking!" explained the unidentified witness. Per reports, the unusual choreography happened a little before 12 p.m. A second person who filmed the strange scene suggested that the whole thing was possibly a stunt or a part of some art project and that the woman's performance was being filmed, reports Yorkshire Live. However, the reality remains unknown. What makes the location even spookier is the fact that the Hull General Cemetery has not been used for almost half a century after shutting down in 1972. Created in 1847, the cemetery became one of Hull's most historic sites after it was closed.

People often visit the place to see popular burial sites and key monuments, including a memorial for victims who tragically died during the 1849 cholera epidemic and the great and the good 19th-century prosperous community of Hull. Even though the skeleton is a part of our body, just seeing the bonny framework often gives us the creep. It could be because it reminds us of the inevitable reality of life and how we all will be reduced to nothing but bones, years after our death. But metalhead Prince Midnight did not let this be the end for his late uncle who introduced him to the loud, distorted genre of music. To honor his memory, the man created a fully functional guitar using uncle Filip's bones. And the results were as morbid as it sounds.

Filip tragically passed away in a car accident and his remains were donated to a college in Greece where it was perused for educational purposes for over twenty years, we previously reported. When the school no longer needed the skeleton, they decided to return it to the family who was in the United States. Coming from an Orthodox Greek family, his loved ones were against creating his body and decided to bury him. But when they learned that it would cost a fortune to bury him, they began looking for alternatives. Soon, Midnight came up with the idea of turning a part of his uncle's skeleton into a guitar.

The strange project took months as Midnight carefully turned the torso into the body of the guitar and added a neck, pickups, volume knobs, and more to it. Next, he etched the moniker "Filip Skelecaster" on the headstock in his uncle's memory. Explaining the extensive research he had to do for this, the musician said, "I started out consulting with two guys in Dean Guitars’ woodshop in Tampa but they got cold feet. Midnight feels that there was no better way to honor his uncle than this as "...now Uncle Filip can shred for all eternity."