trending celebrity people lifestyle news animals
"I was abused...and this is what I want every woman to know…"

"I was abused...and this is what I want every woman to know…" 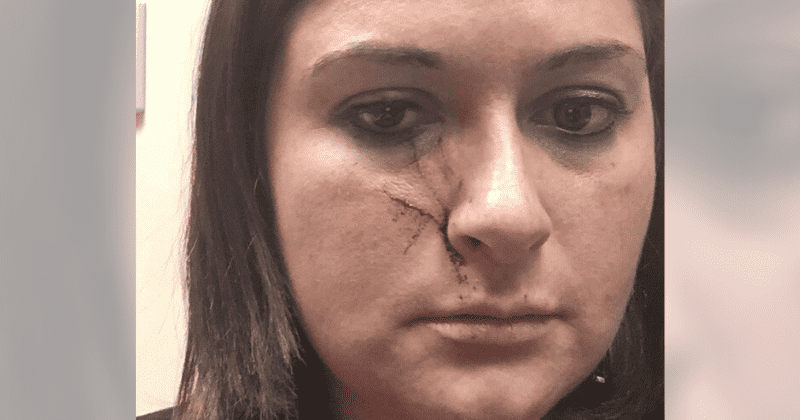 Trigger Warning: The story has graphic details of physical abuse that some readers might find disturbing

A pandemic has forced everyone indoors with safety as a priority. Social distancing has been prescribed as the need of the hour to ensure than the virus does not spread. But for some people, it might just be more dangerous behind closed doors, forced to be locked in for extended periods of time with their abuser with no way out. There has been a reported spike in the number of domestic abuse cases since the lockdown started. According to the National Intimate Partner and Sexual Violence Survey, 1 in 4 women and 1 in every 9 men are victims of abuse from their intimate partners. The survivors have to live with the mental burden of the trauma they have suffered. But it is possible to find a way out. It may take time, a lot of courage, and a lot of strength to push through but a better life awaits on the other side.

Claire* is one such fighter who made her way out of an abusive relationship that she was in for more than a decade. During the course of her relationship, she had been in and out of the hospital a couple of times. But the incident that occurred in April 2015 was the last straw.

Claire was at the club with her boyfriend. There, he told Claire that she was using her phone way too much and wanted to see what was on it. Claire refused and an argument broke out. But when they returned home all hell broke loose. The ex started trashing the apartment. He broke things that belonged to Claire. He threw her things out of the window, stepping on her belongings and crushing them. He started ripping up her clothes and dumped bleach on them, all the while Claire was begging him to stop. Seeing no other way from trying to stop him from destroying whatever was left of her belongings, Claire put herself between her ex-boyfriend and his rampage. But this did not stop the aggression from him, which he instead directed towards Claire herself. The violence left Claire with cuts on her face, hands, and feet. The injuries were so severe that she had to get an MRI which showed that she had a closed head injury.

After this trip to the hospital, Claire decided that she had enough. "I started saving money and two and half years later I had saved up enough," she wrote in correspondence with us. "I was able to get out and bought a house of my own in December of 2017." Since then she has attended therapy where she found ways to heal emotionally. She is also now happily engaged to be married in the Fall. Her friends she says, have always been by her side, checking in on her regularly and encouraging her to break away from the abusive relationship. They assured her that she could make it on her own.

On the fateful night when Claire was hospitalized, one of her friends, who was pregnant at the time, came to look after her in the hospital. "They did not bully me into [leaving the relationship.] They realized I had to do it in my own terms but they supported me along the way," she said. Claire’s family has been in the dark about the abusive relationship, "which is common for victims to do with family," she notes. Even though she has managed to move on, she does have moments that trigger the trauma of the past. "Broken bones and bruises will heal but the mental and verbal abuse can not be erased," she said. "But you try to overcome it and know that you are enough and you are better than what the abuser said you were."

Having made it out of an abusive relationship Claire was able to identify the tell-tale signs of an abuser. "Uncontrollable temper, blaming you for their mistakes, manipulation, taking back presents they gave you, isolating you from your friends and family," she said are some of the warning signs. Although she did not take any legal measures at the time, she has acquired an EPO or an Emergency Protective Order against her abuser.  A protective order is a court-issued order to help protect a person from any form of harm and harassment, including domestic abuse. Laws generally differ from state to state and you can find the laws relevant to your state here.

"You are stronger than what you believe or what the abuser tells you," she wants to tell other women who are going through what she had to endure. "It may be scary but if you take the leap you will be glad you did and never look back," she added encouragingly. But handling the victims in their fragile state of mind after years of abuse is important too. "I think special training on how to help deal/cope with women who have been abused is a must," she said. Understanding that domestic abuse is hard to admit sometimes is necessary because Claire says that it is not easy for some women to be able to walk away from an abusive relationship. "Some women see it as something they can manage and that if they hadn’t provoked their significant other this might not have happened," she says that they blame themselves instead of breaking away from the abusive relationship.

If you have been assaulted or know anyone who has been subjected to domestic violence, please reach out to 800-799-7233 for help.

(The survivor's name has been changed to protect her privacy. Shared has obtained permission to use her images)