The star previously got quite candid about his thoughts on aging on the Ellen DeGeneres' show. 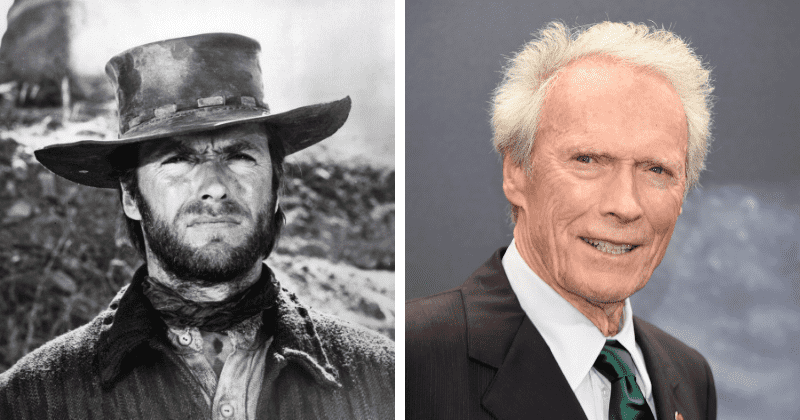 Happy 91st birthday to an absolute legend! With his 6-foot-4 frame and rugged good looks and a truckload of talent, Clint Eastwood carved his path in Hollywood as an actor, producer and director... and his legacy stands to this day.  The actor, born on May 31, 1930, has a career spanning more than 60 years where he was renowned for his roles in classic Westerns along with his Oscar-winning work as a director.  Eastwood is widely considered to be among the all-time greats in the world of movies. Fans took to Twitter to wish the star and mentioned their favorite work of the legend.

#ClintEastwood Happy birthday today to Clint Eastwood 91. One of the greatest actors of all time. All them fantastic films in, & brilliant director as well. The Good the Bad and the Ugly my favourite. With that fantastic music as well. Clint Eastwood American Legend . 🇺🇸🇺🇸🇺🇸🇺🇸 pic.twitter.com/BO6Xoi43Ik

Sergio Leone's Dollars Trilogy (A Fistful of Dollars, For a Few Dollars More, The Good, the Bad, and the Ugly) is one of his most popular roles, according to Movie Web. Another popular favorite was the 1992 hit Unforgiven which helped  Eastwood bag the Oscars for Best Director and Best Picture; he was also nominated for Best Actor. As a filmmaker, he received Oscar nominations for Mystic River, Letters from Iwo Jima, and American Sniper. He won Best Director and Best Picture again in 2005 for Milliion Dollar Baby. Eastwood was also nominated for Best Actor. Phew!

Happy 91st Birthday to #ClintEastwood
Been watching his films since early 70s to-date.
He is still busy producing films & acting in them too.
👍 pic.twitter.com/ANzs7ZYKB1

In recent times, he directed and starred in 2018's The Mule and directed the 2019 biopic Richard Jewell. In late 2020, Eastwood announced that he would direct, produce, and even star in an adaptation of the 1975 novel, Cry Macho, which will be coming out later in 2021, reported Deadline. It follows Eastwood as a "onetime rodeo star and washed-up horse breeder who, in 1978, takes a job from an ex-boss to bring the man's young son home and away from his alcoholic mom. Crossing rural Mexico on their back way to Texas, the unlikely pair face an unexpectedly challenging journey, during which the world-weary horseman may find his own sense of redemption through teaching the boy what it means to be a good man."

Clint Eastwood is 91.
Cry Macho, which he directed and stars in, hits theaters October 2021. pic.twitter.com/557PrPFB3g

Clearly, age is just a number for the star. Eastwood appeared on The Ellen Show shortly before his 90th birthday and talked to host Ellen DeGeneres about aging. “I don’t think about it,” the star admitted. “I sometimes think, when I was a little kid and I used to hang out with my grandfather who was in his 90s, and I thought, ‘Jesus, who the h— would want to live this long,'” Eastwood joked. “Turns out you do,” DeGeneres quipped back.

Did you know that the actor wanted to give up acting at one point in his life? What a loss that would have been! He told the Associated Press he hated starring in a one-act play as a youngster in school and promised he'd never do it again. "I was a terribly complex young kid, and the last thing I wanted to do is do an extrovert-ish thing like acting," he said. "But then when you get into acting later as an adult, you realize it’s not necessarily an extroverted thing. Introverts make great actors because they have a lot of things they’re holding in. It’s just a question of learning how to get them out into the open. It’s also a funny profession because you don’t know where the next thing is happening. You try it even if it has no resemblance to you at all or anything you’ve ever thought of. It’s a fun life, but a lot of it just so happens. Stories come along. And stories are the king. And you go ahead and try to tell them the best you can. But it’s not just not an intellectual art form. It’s an emotional art form." Well, we, along with a million other fans, are glad he isn't stopping anytime soon. Here's to hoping for many more movies from the incredibly talented movie veteran!