35-year-old Amanda Steele managed to avoid the sex offender register after agreeing to a plea deal in court. 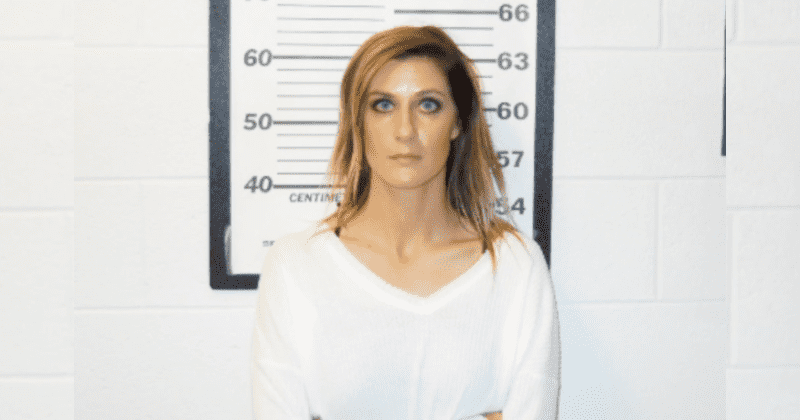 Trigger Warning: The story has details of child sexual abuse that readers may find disturbing

A teacher from Idaho was reportedly caught having sex with a 16-year-old boy by her ex-husband. Amanda Steele, 35, was sentenced to 90 days in jail but managed to avoid the sex offender register. Steele pleaded guilty to two felony counts of injury to a child in the summer. Her 90 days in jail will be followed by seven years on felony probation. Steele won't have to register as a sex offender as she was not charged with a sex crime. The teacher was arrested after her ex-husband caught her in the family hot tub along with a teenage boy and called the cops, reported The Sun. She was also asked to serve 300 hours of community service and pay $4,671 in fees and fines. She was charged with three felony counts of child sexual battery committed by lewd conduct.

Her three to a 10-year prison sentence was suspended by District Judge Darren Simpson but warned that if Steele violated the probation she would have to serve all or some of the sentence. It was her father-in-law who first reported her to the authorities for allegedly getting involved with a group of teenagers in 2017. The investigation led nowhere as none of the witnesses or Steele gave any adequate answers to the queries. In July 2019, her ex-husband called the police on her after claiming he caught her in their hot tub along with a teenager. This was after the pair's divorce. One of the younger boys came forward and stated that he had sex with her while he was underage. He admitted to using a Go-Pro camera to record one of the sexual encounters with the teacher but claimed that the computer with the file had been destroyed.

The teenager told investigators he would skip school and Latter-day Saint seminary and visit Steele at her home to have sex. "(The victim) told me he knew several of his friends had sex with her too but didn’t know anyone else besides (a second victim) had been under 18," a deputy wrote in his report, according to the US Sun. Another teenager who was involved with Steele said he didn't want to press charges as he felt the relationship was consensual. He said he "didn't think it was a big deal." It was a plea deal that reduced the possibility of criminal charges being pressed against her. She admitted to having sex with a 17-year-old boy twice.

In a similar incident earlier this year, an Ohio teacher admitted to having sex with one of her teenage students. Laura V Bucy, 32, of Akron was teaching at the Twinsburg High School when she got involved with a 17-year-old boy with whom she developed a strong connection. She told investigators that he "looked and acted like her husband." Authorities learned that he often stayed back helped her clean the classroom and the two became close. She reportedly sent the boy a number of explicit photos of herself, reported Beacon Journal. Bucy was charged with a third-degree felony charge of sexual battery and disseminating matter harmful to juveniles which is a fifth-degree felony charge. Bucy reportedly told police that she had sex with the 17-year-old sometime in February or March 2019.

The boy told cops that the pair had sex before Christmas just before the school year began. They also had sex in the pantry while he helped clean the classroom. Bucy reportedly came up behind him, started kissing him, and ended in sexual intercourse. Bucy confessed her affair with the student to her father-in-law.