trending celebrity people lifestyle news animals
"Just Because I’m 90 Doesn’t Mean I'm Ready To Die. Nobody Has The Right To Write Me Off"

"Just Because I’m 90 Doesn’t Mean I'm Ready To Die. Nobody Has The Right To Write Me Off"

Varda Yoran argued that no one gets to decide when a person's life is no longer valuable, irrespective of how old they were. 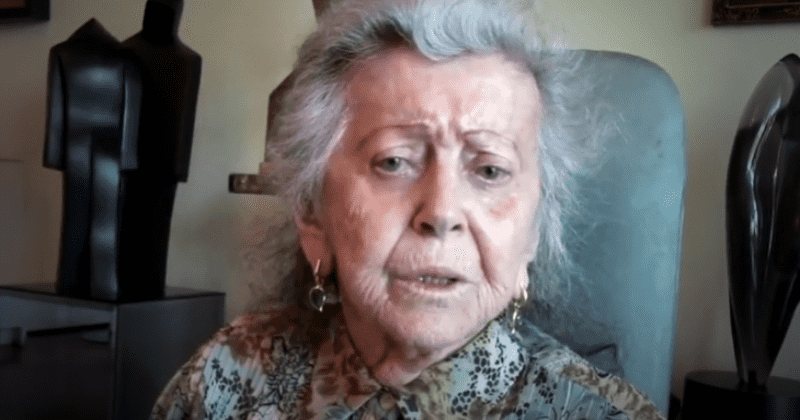 The Coronavirus has proved to be deadly for the elderly as they are more vulnerable to the virus, especially considering that a majority of them also have underlying health problems. The pandemic has also given rise to conversations about the elderly being disposable, which has caused anxiety to the elderly population. Italy contemplated discriminating against the elderly by denying them life-saving medical equipment at the height of the Coronavirus health crisis. Varda Yoran, a 90-year-old sculptor, is here to remind people that no human is disposable and added that no one should be discriminated against on the basis of age, even during a pandemic. Yoran has been working to help the elderly and established Rose Art Foundation, a non-profit organization that has donated 800 recliners on wheels to immobile patients throughout America.

"I’m not disposable, and I’m saddened that there are people who think age dictates whether a human life is worth saving," wrote Yoran, in an article for The Huffington Post. The general argument for discrimination against the elderly has been that they have lived their lives but Yoran reminded people that even the elderly had dreams and was looking forward to living longer. "I can tell you that I, and my loved ones, want me to live for many years to come. I want to continue my joyful life. I am unable to travel as extensively as I once did, but I want to visit Israel again. Just because I’m 90 doesn’t mean I don’t have things to learn and skills to hone," wrote Yoran. "I’m growing as an artist."

Yoran has been keeping busy even as she self-isolates during the pandemic. She is currently organizing a philosophy club via Zoom focusing on subjects such as ethics, forgiveness, anger, and creativity among other things. Yoran said she hasn't witnessed anything like what's happening now. "At age 90, I have lived through a lot of history, but I’ve never seen a situation like this," wrote Yoran. She had moved to the US in 1979 where she flourished as an artist. She also penned her husband's memoir, The Defiant, at the age of 70. It was about her husband fighting the Nazis.

Not only would millions of young people *also* die, but imagine the sociopathy of preferring mass death to bailing out working Americans😐#COVIDー19 pic.twitter.com/ziVfFXKOCJ

She is looking forward to so much more in life but found it incredibly disturbing that many were legitimizing the 'disposal' of elderly people in the wake of the Coronavirus. In America, Republican party members and right-wing aligned journalists have been discussing 'sacrificing' the elderly. Texas lieutenant governor Dan Patrick, a Republican, claimed last month that many grandparents across America will be willing to sacrifice their lives for the good of the economy. "No one reached out to me and said, as a senior citizen, are you willing to take a chance on your survival in exchange for keeping the America that all America loves for your children and grandchildren? And if that's the exchange, I'm all in," said Patrick, who turned 70 recently.

It was also reported that elderly patients in the UK were being pressured into signing "do not resuscitate" forms amid the Coronavirus outbreak. Charities wrote an open letter to the government to ensure the elderly weren't pressurized into signing DNR forms. "Many of the people affected have experienced fear and anxiety, and feel that their lives and wishes do not matter. This is shameful and unacceptable," read the letter.

The Govt's continued failure to have any idea how many elderly people have died with coronavirus in care homes is an absolute disgrace.
For the love of God, FIND OUT.
These lives matter.

Former Fox News host Bill O’Reilly also played down the death toll in America by claiming that the elderly who died were already on their last legs. "Many people who are dying, both here and around the world, were on their last legs anyway," said Bill O’Reilly during an appearance on his former colleague Sean Hannity's radio show. It's ironic that the ones who describe themselves as 'pro-life' are the same ones who find the elderly to be disposable. Yoran disagrees with the conservatives and added that senior citizens still had so much to contribute to the world. "I think no limit should be set on when a person’s life is no longer valuable. As long as I still enjoy life, nobody has the right to write me off," wrote Yoran.