"I'm Not F*cking Losing to Joe Biden" Screamed Trump After Finding Out He Trailed Biden: Report

The President was reportedly miffed that he was losing support in swing states that delivered him victory in 2016. 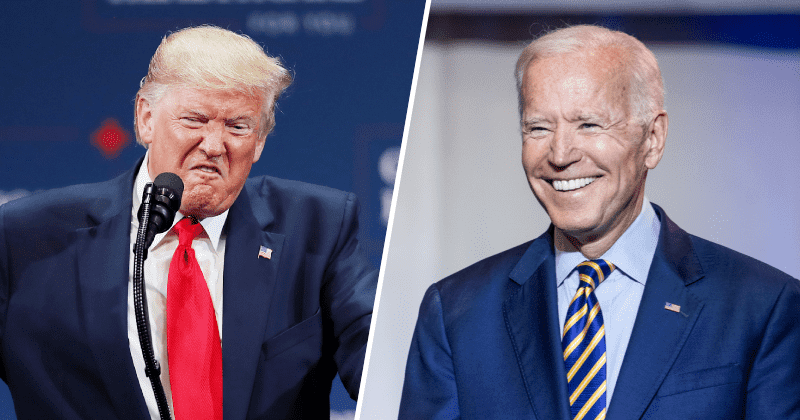 "I am not f*cking losing to Joe Biden," shouted President Trump repeatedly after finding out that he trailed the Democratic Presidential candidate in the polls. Trump was on a conference call with his campaign manager Brad Parscale when he launched into an R-rated rant. Donald Trump's woeful handling of the Coronavirus has caused the death of thousands of Americans and seen his poll numbers fall. The President found him trailing in many swing states which proved crucial for him in the last election, reported People. This rude shock comes with just months away from the Presidential election in November.

"Trump was trailing the former Democratic vice president in many key battleground states," reported AP. "Trump said he would not lose to [Biden], insisted the data was wrong, and blamed the campaign manager for the fact that he is down in the polls. After [one] call, Parscale described it to others as a Trump venting session." After many media outlets reported the story, Trump lashed out on Twitter and defended his campaign manager: Just told that Fake News CNN is falsely reporting that I was recently shouting at my campaign manager over made-up nonsense. Actually, he is doing a great job. I never shouted at him (been with me for years, including the 2016 win), and have no intention to do so. He rejected the poll numbers that showed him trailing Biden and said, “I believe the people of this country are smart. And I don’t think that they will put a man in who’s incompetent.”

Trump is trailing Biden in the polls. #LSSC pic.twitter.com/8bl4B560tP

Donald Trump has made a conscious effort to tie the performance of the stock market to his performance as a President. His plan went for a toss after the stock market crashed on account of the Coronavirus pandemic. The President appears more concerned with his image and re-election chances than the thousands of deaths. Trump has touted TV ratings of his Coronavirus briefings at least two times in the past few months. America has now recorded more than 63,000 deaths from Coronavirus but Trump doesn't seem too bothered about the death toll. Now, more people have died from the Coronavirus than in the Vietnam War(58, 220). America crossed the death toll in just three months while the Vietnam War's death toll accumulated across two decades.

When America touched the 40,000 mark, Trump said people should be thanking him for his handling of the crisis. “I believe there were no deaths when I closed up the country. And you should say thank you very much,” said Trump. The President's son-in-law also called on the public and the media to thank Trump for the way he handled the crisis. "This is a great success story. And I think that that’s what really needs to be told,” said Jared Kushner this week.

All 50 governors now have higher coronavirus crisis approval numbers than Donald Trump does. Do you know how hard it is to be in a race with 50 other people and finish in 51st place? Trump cares more about his numbers than he does about lives – which is why his numbers are worst.

While Trump hasn't been bothered by the death count, his re-election chances might hang on it. A study by Administrative Theory & Praxis has found that conservatives will be more affected by pandemic deaths considering a majority of the older voters are Republican. Elderly people are more vulnerable to the Coronavirus and given that a majority of them have underlying health problems, they make up a higher percentage of the fatality count.

“The pandemic is going to take a greater toll on the conservative electorate leading into this election — and that’s simply just a calculation of age,” said Andrew Johnson, the lead author and a professor of management at Texas A&M University-Corpus Christi, reported Politico. “The virus is killing more older voters, and in many states, that’s the key to a GOP victory.” Taking into account the death rate and the measures implemented by the government, the study estimates that 11,000 more Republicans than Democrats who are 65 and older could die before the election in both Michigan and North Carolina. Meanwhile in Pennsylvania, 13,000 more Republicans who are 65 and older are likely to die than Democrats.

Pres. Trump says that his handling of the COVID-19 pandemic has been ‘spectacular.’