The nurses from the video were subsequently identified and suspended. Their medical license was revoked as well. 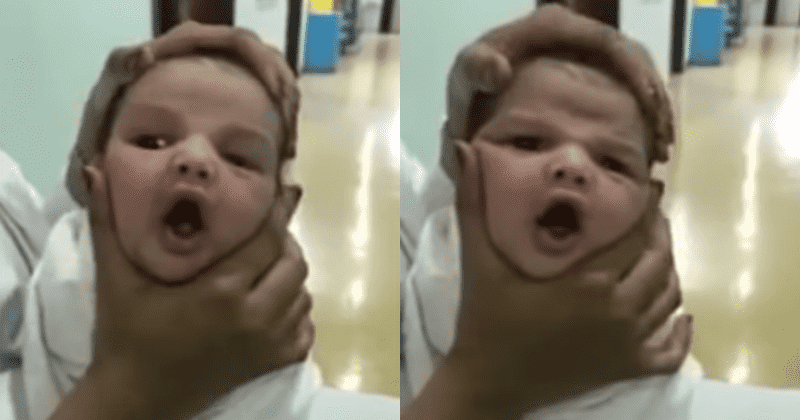 A group of nurses has been fired after a video surfaced of them bursting into laughter after squashing a newborn baby's face. The incident occurred in Saudi Arabia and came to light when the video emerged online on social media and the parents were made aware of the horrible treatment their infant was subjected to. According to Daily Mail, the video shows one of the nurses holding the baby around the neck and forehead and squashing its face while her colleagues watch on and laugh away.

The three nurses were reported to be employees at a maternity hospital in Taif, Saudi Arabia. They were soon tracked down when the video went viral. Abdulhadi Al-Rabie, Taif Health Affairs spokesman, said: "The Health Affairs investigated the source of the video and was able to identify the nurses who appeared in the video and the hospital where the incident took place." Although the names of the nurses haven't been revealed, they were suspended with immediate effect. Their medical licenses were revoked and a ban was placed on them from ever practicing nursing in any other health departments. Speaking to a local outlet, the baby's father said their child was in the hospital for ten days to get treated for a urinary tract infection. He was absolutely horrified when he watched the video being shared extensively on social media.

As per Mail Online, users expressed their concerns after watching the footage with several deriding the conduct of the nurses. One wrote: "How dare they do this? All three nurses should thank God I was not the baby's mother. I'd squeeze all your faces much harder." Commenting on a Youtube video depicting the inhuman torture, a user by the name Jelly Beans wrote: "What the hell is wrong with these people?!" Ginger Ninja added: "There’s a big difference between pinching a baby’s cheeks and squashing its entire face like a prune." Patricia Millar added: "I've just read this on google....couldn't watch the sick video I came straight to the comments.....when anyone can target a newborn child that's bad enough but when a woman can do that while wearing a nursing uniform....pure, pure evil! Protect your babies and trust your gut instinct before u trust a human especially one in a uniform that's my advice."

In a similar incident, a babysitter in Texas, who was charged with physically assaulting a 20-month-old baby to death in 2018 admitted to her crime, offering some disturbing details of what she did. In an interview with the police, Shayla Angeline Boniello, 30, said she slapped, squeezed, punched, and shook the baby so violently that the injuries resulting from it ultimately led to her death.  At one point in time, the abuse was so violent that Boniello squeezed the girl for three minutes, "until she felt her bones begin to pop and crush" according to court documents, reports KCENTV. Her bond amount went from $750,000 to $3 million in light of the admission of severe degree of violence.

The baby, Patricia Ann Rader, died due to extensive abuse on December 3 that year. The Rockdale County Police took Boniello's statement of the abuse. When asked about the reason for the abuse, Boniello said it was out of frustration. Boniello carried on her abuse until the baby no longer moved and died. The injures on the baby included knots, lacerations, and bruising, and scratches all over her body on her head, neck, arms, stomach, and legs. Boniello demonstrated how she squeezed and abused the baby using a stuffed toy animal during her interview with the police.