There's A Dog Collar That Translates Barks Into Swear Words

This mindblowing idea was created by the company MSCHF and might just make your quarantine blues disappear in this eventful year. 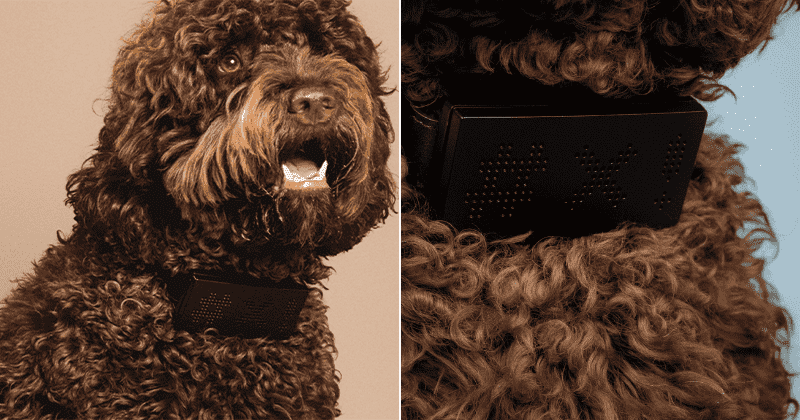 We all wonder what our pets are thinking about and it would be a special day in paradise if they could actually talk like humans. What if we told you there's an actual product in the market that will let your pooch tell you just how they feel about every one of those times you forgot to scratch them and refused them treats. That's right, we are talking about swearing! Introducing the Cuss Collar, a revolutionary dog collar that will turn your furry friend's barks into a wide range of swear words. It's so cool and brutal at the same it that it will render even the most potty-mouthed person red in the face.

When your dog barks, the Cuss Collar lets out a cuss word. https://t.co/LDq5nWPS0L pic.twitter.com/r1wxD7aR7P

This innovative collar is the work of the company MSCHF, and might just be the perfect thing we need to drive our quarantine blues away. 2020 has been super eventful already and we would sure like some never-before-heard of ideas and laughter. According to the New York Post, the Cuss Collar has been programmed to blurt out pre-recorded profanities such as: "bullsh*t," "motherf***er," and "f**k!" with every "woof" and "ruff" coming out of your dog's mouth. The collar, which fastens snuggly around your pet's neck, is "NOT a shock/vibration/training collar and is not intended for anti-bark training use," the company clarifies on its website. Rather, the 2x AAA batteries-powered product is merely a gag gift that every potty-mouthed dog lover is sure to enjoy until the end of time. “We actually have a dog collar that lets you know what your dog is really saying,” a video from the company website states.

This 'Cuss Collar' will swear every time your dog barks https://t.co/CpjwVTXocZ pic.twitter.com/8x07XzwDU4

It proved to be a really successful initiative as the limited edition collars, which were priced at $60 on release, sold out very quickly. CNN reported that there were many who were anxious to get their hands on one of these. Those who are still interested can sign up for details on its next drop, by texting the number listed on the website. The collar is designed with a bark-activated speaker that's made of 100% patent leather and comes with a padded interior strap. There is also a stainless steel buckle attached to it and a standard tag attachment ring.

Cuss Collar Is a Dog Collar That Swears Whenever Your Dog Barks - https://t.co/gwZ7UNo4S5 pic.twitter.com/Utki8l0aAO

Even if you don't own a doggo yourself, this would really make an amazing gift for your pet-parent friends who adore their fur babies. Imagine the look on their faces when they hear their beloved pupper swears like a drunken sailor. Oh and to ensure the best results, simply tell them that this collar actually translates their dog's thoughts into English. This is actually described by the company in a promotional video and it's so sneaky that it ought to be on an episode of Punk'D. In the hilarious promo video, we see a couple named Kelly and Tom who are gushing over their furbaby Grandpaw who isn't just a good, but a "great dog", as Tom puts it.

#Headlinechallenge: An American company has invented a voice-activated dog collar that translates dogs' barks into swear words. The "Cuss Collar" means your dog will curse every time it barks...GROWL-MOUTHEDhttps://t.co/IwwkW1Ac6F pic.twitter.com/sKYyTSj34F

Grandpaw sure loves other dogs and people but "sometimes has a little bit of an issue with men," Kelly reveals"If Grandpaw could talk, he'd probably say, 'I love you! I love youuuu!" claims Tom. If only you knew, Tom. Well, he does soon find out what Grandpaw actually wants to tell them, thanks to Cuss Collar's folks introducing them to the dog collar "that lets you know what your dog is really saying" and let's just say, Grandpaw's humans are in for a bit of a shock. Watch the hilarious video down below.

Every pooch might have some built-up rage over all those times you stayed over elsewhere and didn't come back home. It's time for them to let them curse their frustrations away with the Cuss Collar.