Attorney General Letitia James announced the findings of the five-month investigation and said that the evidence painted a "deeply disturbing yet clear picture." 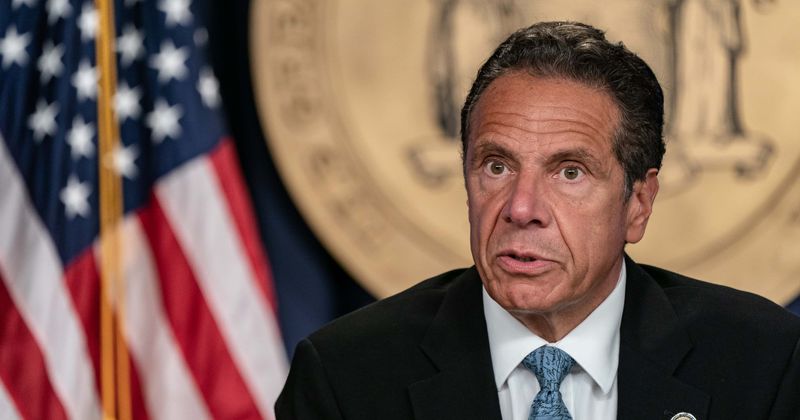 A report from an independent investigation states that New York Governor Andrew Cuomo has sexually harassed multiple women, both current and former staffers, as well as others outside of state government. Attorney General Letitia James announced the findings of the five-month investigation carried out by Joon Kim and Anne Clark on Tuesday. The lengthy report contained details of the 179 individuals the investigators spoke to, the 74,000 pieces of evidence reviewed, and allegations by 11 women claiming harassment. James stated that the evidence painted a "deeply disturbing yet clear picture," reported CNN.

Lawyers say he and staff retaliated against one accuser and created a hostile work environment. Multiple current/ex-staff accuse him of harassment. pic.twitter.com/gbBvK0JaC6

The investigators found all 11 women to be credible and all their accounts had been corroborated to varying degrees. "I believe women. And I believe these 11 women," James said and added, "What this investigation revealed was a disturbing pattern of conduct by the governor of the great state of New York. These 11 women were in a hostile and toxic work environment. The governor is now facing mounting pressure from Democrats, including President Joe Biden, House Speaker Nancy Pelosi, and New York's two US senators, to resign. But Cuomo has denied these allegations and in a speech said, "I want you to know directly from me that I never touched anyone inappropriately or made inappropriate sexual advances."

However, in a statement from earlier this year following allegations against him, he had said: "I acknowledge some of the things I have said have been misinterpreted as an unwanted flirtation. To the extent anyone felt that way, I am truly sorry about that." He explained that he jokes around with his colleagues at his workplace but he means no harm. "I think I am being playful and make jokes that I think are funny," he stated. "I now understand that my interactions may have been insensitive or too personal and that some of my comments, given my position, made others feel in ways I never intended."

As an Italian, I have previously objected to our heritage being used as an excuse in public scandals. It is true that Italians are “touchy,” but we have no problem telling the difference between the tactile and the criminal. https://t.co/6qwPavUUbt

The report revealed another picture of the workplace. According to Reuters, Kim said Cuomo's workplace was "rife with bullying, fear and intimidation" in which crossing him or his senior staff meant you would be "written off, cast aside or worse." While some of the allegations made against him were already known, there were also many new details that the investigation revealed. Cuomo and his senior advisers' actions were found to have "violated multiple state and federal laws,"  as per civil investigation. James has not pursued criminal charges.

New York Gov. Andrew Cuomo committed several acts of sexual harassment that violated federal and state law, including the very regulations he signed in the aftermath of the #MeToo movement, according to a report issued today by state AG Tish James https://t.co/bQsOV0gmFP

The report detailed allegations from Cuomo's former aide named Ana Liss along with many other unnamed accusers. An unnamed female state trooper claims she was sexually harassed on several occasions. CBS News reported that as per the report the woman recalled how Cuomo ran "his hand across her stomach, from her belly button to her right hip, while she held a door open for him at an event" and ran "his finger down her back, from the top of her neck down her spine to the middle of her back saying 'hey, you,' while she was standing in front of him in an elevator."

WSJ: Ana Liss, former aide to Andrew Cuomo, says the New York governor asked if she had a boyfriend, called her sweetheart and kissed her hand https://t.co/Vy5RnL4TEz via @WSJ

The report also had details of how some accusers who came forward with evidence were chastised by Cuomo's office. The report carried details of the harassing conduct the women said they experienced, as well as the steps the investigators took to corroborate their accounts. It concluded, "What these witnesses - and many others - described is not just old-fashioned, affectionate behavior - it was sexual harassment." Cuomo and his legal representative Rita Glavin are trying to debunk the findings of the investigations. In a lengthy statement, Glavin states that the report "ignores facts and other key evidence" and compiled photographs of Cuomo as well as other politicians displaying physical affection.

“If he were sorry, he would step down. That’s how accountability works,” Charlotte Bennett, one of the accusers stated, calling his apology meaningless. “I don’t believe he will resign. I think it’s the speaker’s job now to begin impeachment proceedings.”