His roles in movies such as 'Easy Rider' & 'Chinatown' have made him a beloved cult figure. 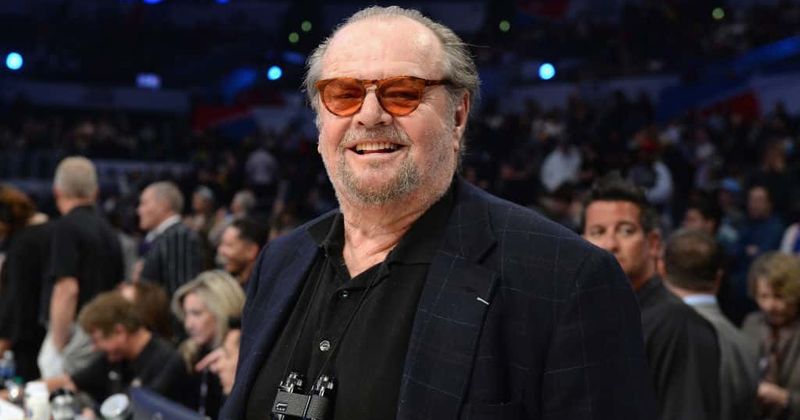 When you talk about Hollywood, there aren't too many figures who've lived long enough and continue to be as impactful as Jack Nicholson. He might have just turned 84 on Friday but the actor starlight refuses to fade away as he helms one major project after another, even now. And not just Hollywood, well-known figures from other walks of life and the public poured in the wishes on his special day. George Takei sent out warm regards to The Departed actor on Twitter while sharing a video of him. He wrote: Wishing a very happy birthday to the incomparable Jack Nicholson. Welcome to 84! He asked his followers in the same tweet: What is your favorite Jack Nicholson film, friends? Takei got many replies with Good as it Gets and A Few Good Men being regularly mentioned.

Canadian singer-songwriter Joni Mitchell took a trip down memory lane with a set of throwback pictures of her with Nicholson on the microblogging platform and wrote: Celebrating Jack Nicholson’s birthday with a throwback of Jack and Joni at the James Corcoran Gallery in LA in 1985. Joe Dante, director of Germlins shared two pictures of Nicholson from his school years with a hilarious caption. He wrote on Twitter: Happy Birthday Jack Nicholson, voted the 1954 Manasquan High School Class Clown and Best Actor! ...I hear he's gotten some other awards since. Mikey Walsh, British writer and LGBTQ+ activist, called Nicholson his "imaginary dad" in a tweet and added: Happy 84th Birthday to my Imaginary Dad. The most thrilling, funny, risk taking actor ever. There will never be another Jack Nicholson.

Fans of the actor from across the world were also celebrated the actor's birthday. Jazmin Ratzlaff wrote on Facebook: Happy 84 years younger to one of my fave-inspiring Taurus kings of acting and a huge crush of mine Jack Nicholson. Cesar Romero’s joker and his are the only live one’s I will ever watch. Beyond iconic was legendary, can’t pick a fave performance of his. (sic). Another fan Manohar Deepak Shrestha wrote: Happy birthday Jack, from the federal democratic republic of Nepal. You shine well. Be it in The Shining, One Flew Over the Cuckoo's nest, The Chinatown, Postman always rings twice or even in a minor role in The Easy rider. Whenever I go to bars in Singapore my friends call me Nepali Jack. I thought you would proud too.\

To celebrate JACK NICHOLSON'S birthday, here's his dramatic & hilarious entrance as The Joker in BATMAN (1989). pic.twitter.com/lQbDS68h1l

Antonello Tamburrino commented: There is a only Joker, there is a only Jack Torrence, there is a only great actor, my favourite. His name is Jack Nicholson. Happy BEERday  Sorry, happy birthday !!!!! Nicholson was born in Neptune, New Jersey, on April 22, 1937, and grew up in Manasquan, located some 50 miles south of the Jersey Shore, according to Biography.com. He moved to Los Angeles in 1954 and landed his first role in a 1958 movie called Cry Baby Killer, about a troubled teen. All through the 60s, he went relatively unnoticed appearing in horror films. He made his breakthrough as an actor playing an alcoholic lawyer in Easy Rider (1969) for which he was nominated for an Academy Award in the best supporting role category. This was followed up by Five Easy Pieces a year later, in which he played a former musical prodigy.

Nicholson once again received an Academy Award nomination for the performance, but this time in the leading actor category. His 1973 movie, The Last Detail (1973), became a huge hit and once again earned him an Oscar nomination. But the best was yet to come. His roles in Chinatown (1974) and One Flew Over the Cuckoo's Nest (1975) were the ones that finally won him coveted Oscars and propelled him as a Hollywood legend.