Jada Pinkett Admits Cheating On Her Husband Will Smith

Jada clarified that she "got into a different kind of entanglement" with singer August Alsina. 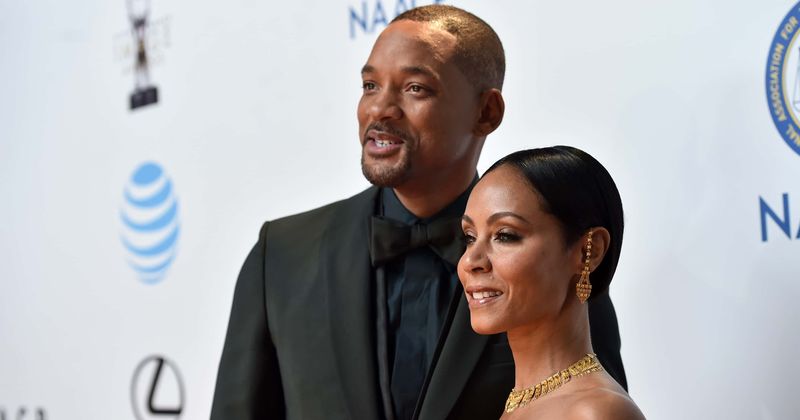 Jada Pinkett Smith has opened up about her relationship with singer August Alsina when she was briefly separated from husband Will Smith, reports PEOPLE. The actress dedicated an entire episode of her Facebook Watch show Red Table Talk to clarify Alsina's claims that they, in fact, had a whirlwind romance. Jada Pinkett started the episode by saying that they decided to come together to clear the air about a lot of stuff that was being published and shared in the media. "One of the reasons I wanted to come to the table, the media, the headlines, we specifically never said anything," Smith said as he sat across his wife.

"We were purposely never saying anything. We specifically never said anything. Coming to the table, we just felt like it got to the point where you gotta say something." Pinkett added, "It’s a situation that I consider private. This is a very personal journey that became very public." She continued, "Four and a half years ago… I started a friendship with August and we actually became really, really good friends. And it all started with him just needing some help, me wanting to help his health, his mental state." She added that the singer was "very sick" when she first met him through their son, Jaden.

In my life I have never heard “entanglement“ used as a word in a relationship, I hate jada’s pretentious attitude, she sits down like she has the most profound spiritual understanding of the universe, will sat down there and kept fake laughing like a fool. Talking about healing😒

"The outpouring for him from our family was initially about his health," she said. "We found all those different resources to help pull him through and from there you and I were going through a very difficult time." Smith replied, "I was done with you." "We broke up," she said, clarifying. "We decided that we were going to separate for a period of time." "And then what did you do, Jada?" Smith asked. "From there as time went on I got into a different kind of entanglement with August. One thing I want to clean up… about you giving 'permission' which is... the only person that can give permission in that circumstance is myself," she said.

Hows it cheating if they were separated? Also dont get it twisted....Im sure Will was getting his too. Lets be real about this.

She continued, "But what August was probably trying to communicate because I could see how he could see it as permission because we were separated amicably, and I think he wanted to make it clear he’s not a homewrecker because he’s not." When Smith asked her to clarify what she meant by "entanglement" she said, "Yes, it was a relationship absolutely." She then went on to add that she didn't view her relationship with Alsina "as a transgression at all." "Through that particular journey, I learned so much about myself and was able to really confront a lot of emotional immaturity, emotional insecurity and I was really able to do some really deep healing," Pinkett Smith said.

Unconditional love is more powerful than the insecurities most people have when it comes to sex or being with someone else physically. They’re not asking anyone to understand or be ok with it. They’re ok with it and love each other. Everyone needs to MYOB

"And as I came through and started to realize certain things about you and I, he decided to break all communication with me which was totally understandable. And I let that be and hadn't talked to him since so it is a little weird that all this stuff is coming out now since this was several [years ago]." Smith added, "For me, this was years ago." Thankfully, the two of them were able to work on their relationship and mend it. About that, Pinkett Smith said, "We have really gotten to that new place of unconditional love." Will and Jada Pinkett Smith have been married since December 1997. They have two children, 22-year-old son Jaden and 19-year-old daughter Willow.

Doesn't matter. What goes on in your marriage and your bedroom is your personal business.

Pinkett and Will Smith came together after Alsina claimed in a recent interview with Angela Lee on YouTube that Smith had given the singer "his blessing" to have a relationship with his wife. "I actually sat down with Will and had a conversation due to the transformation from their marriage to life partnership … he gave me his blessing," Alsina, 27, said. "I totally gave myself to that relationship for years of my life, and I truly and really, really deeply love and have a ton of love for her," he said. "I devoted myself to it, I gave my full self to it — so much so to the point that I can die right now and be okay with knowing that I truly gave myself to somebody."

Didn’t she initially say that his story was “ABSOLUTELY NOT TRUE”? And now it’s an entanglement? Will looks constipated throughout. Why don’t they just admit they’ve had an open marriage for years???

Alsina continued, "And I really loved a person, I experienced that and I know what that feels like, and some people never get that in this lifetime. I know that I am completely blessed and this conversation is difficult because it is so much, that it would be hard for people to understand but — once it starts to affect me and my livelihood — I have to speak up about my truth. I love these people. I really, genuinely do," he said of the Smith family. "I've never been in love in that kind of a way. So much so that being intertwined in that way — walking away from it butchered me. I’m shakin' right now because it almost killed me. Not almost; It did. It pushed me into being another person, my newer self. It. Broke. Me. Down."

Never have liked her. She’s crass and rude and shows zero respect to anyone. I feel sorry for Will if this is true. The look on his face is complete brokeness.