The family was vacationing in the Bahamas when the accident happened. The actor said he almost quit acting after losing his son. 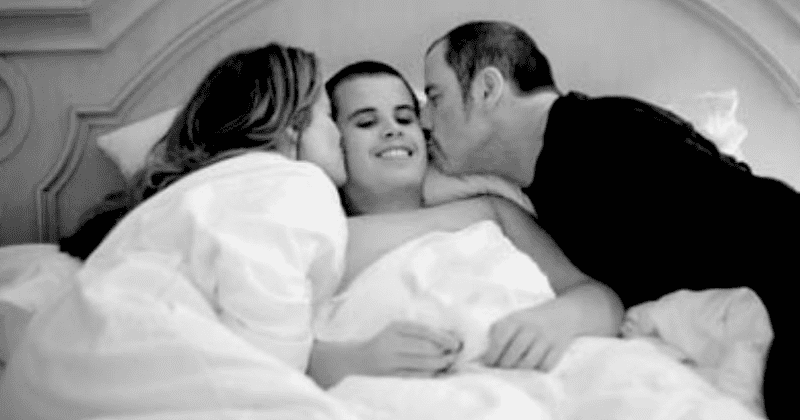 There's no greater pain than losing your child. As a parent, every moment of their existence is so fresh in your mind. Right from the time when you learn of having a child, to them taking their first steps, to them speaking their first words, everything is neatly stacked up in a timeline of happy memories. John Travolta and his wife (the late) Kelly Preston were such blissful parents until they had the rug pulled from under them when they learned of their son's untimely death. The family was vacationing in the Bahamas when their 16-year-old autistic son Jett Travolta suffered a seizure and hit his head on the bathtub. The couple's eldest child was found unconscious in the bathroom by a caretaker before being rushed to the hospital, where he was declared dead, reported People. John Travolta's life took a darker turn last year when he lost his wife, Kelly Preston, to breast cancer.

Travolta opened up on dealing with the pain of losing a son a few days after Jett's 6th death anniversary. "They say the hardest thing in the world is losing a parent. I can now say that isn't true. The hardest thing in the world is losing a child. Someone you raised and watched grow every day," wrote the actor on Facebook in an emotional message, reported Evening Standard. "Someone you taught how to walk and talk. Someone you showed how to love. It's the worst thing to ever happen to anyone. My son died of a seizure. He brought me so much joy. He was my everything. Those 16 years of being his father taught me how to love unconditionally. We have to stop and be thankful for our children and children should stop and be thankful for their parents. Because life is very short."

He then urged everyone to treasure the time they had with their parents and children. "Spend time with your parents and parents spend time with your children. Treat them well. Because, one day, when you look up from your phone, they won't be there anymore," wrote Travolta. It might sound like a cliche to say spend every day like it's your last but Travolta echoed those words, after going through the pain of losing his son. What I truly learned most of all is, live and love every day like it's your last. Because, one day, it will be. Take chances and go live life. Tell the ones you love, that you love them every day. Don't take any moment for granted. Life is worth living."

The Face-off star said he never thought he'd get over the pain he endured at the time. "It’s the worst thing that’s ever happened in my life. The truth is, I didn’t know if I was going to make it," he told US Weekly. He almost considered quitting acting for good in the wake of his son's death. "I lost my son a few years ago and I had been having quite a time of that and after three years getting a lot of support from my church and a lot of support from people, fans, and family, I decided that it was OK to go back to work because I’d even thought of retiring at one point because it felt like too much," he said in an interview with BBC Breakfast.

The couple had kept their son's under wraps but opened up about it after his death and started a Jett Travolta Foundation in 2009 to help children from various disadvantaged backgrounds. Kelly Preston spoke about her late son in the CBS daytime series The Doctors in 2012. "[He] was autistic. He had seizures, and when he was very young, he had Kawasaki syndrome," said Kelly Preston. The actor passed away last year in June. "Kelly’s love and life will always be remembered. I will be taking some time to be there for my children who have lost their mother, so forgive me in advance if you don’t hear from us for a while," wrote Travolta in an Instagram post.