Jon Bon Jovi, 58, Shows Off His Amazing Body While On Morning Run, Shows He's Still Got It

The singer-songwriter is going stronger than ever as he worked out a sweat, much to the delight of all his fans and well-wishers 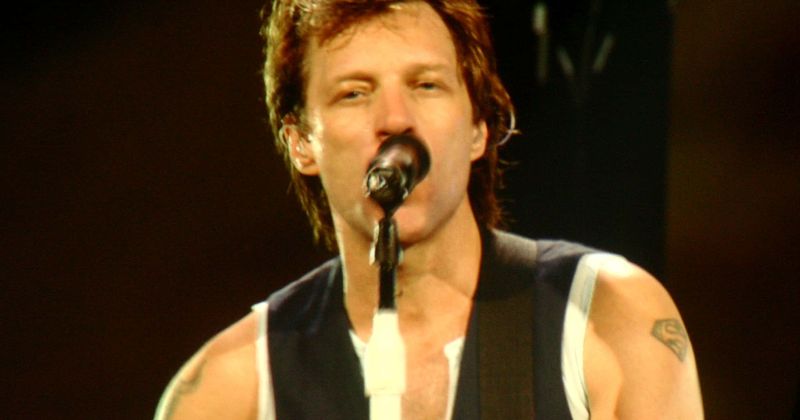 Ever since "Livin' on a Prayer" first popped up in the radio in the late 80s, Jon Bon Jovi has been a household name all over the US. The singer-songwriter and frontman for his namesake rock band is all set to release his highly-anticipated 15th album, Bon Jovi: 2020, next month. The Grammy award-winning musician is also a man of the people and has contributed immensely to impoverished souls through his community kitchen. At 58, you'd expect him to take a breather after all those stadiums he and his band had filled out but he is having none of that. On Sunday, he was spotted taking a morning run around the Hamptons and showcasing his muscular physique in a navy tank, Page Six reports.

This is the sunshine we all need right now. @jonbonjovi Thank you.

Rockstars aren't particularly known for their fitness and their artistry usually takes precedence for obvious reasons. However, Bon Jovi is going to great lengths to ensure that he is in perfect health and shape for his inevitable next tour. The confidence in the 58-year-old is quite evident as he displayed his chiseled biceps and flashed a bright, bold smile. We weren't surprised one bit when the Patriots superfan opted to rep his favorite football team on his tank and baseball cap, which he styled with a pair of Under Armour shorts and bright blue sneakers. He is quite passionate about staying in shape and previously opened up about the fact that he runs six days a week for at least an hour and lifts weights too.  "I was doing workout 101 for years: treadmill, elliptical, weights. Now I'm going to do yoga and enjoy it. I'm a 21st-century man," the hitmaker previously told Men's Health.

Despite live concerts being canceled due to the ongoing coronavirus pandemic, Bon Jovi and his 25-year-old son Jesse Bongiovi are eager to give fans a virtual tour and performance. In mid-August, they did a free live stream for charity, which also included an acoustic performance by Bon Jovi and the Kings of Suburbia. The rockstar has certainly been busy of late. He recently finalized the sale on his ocean-view Palm Beach, Florida home for $20 million.

He has also purchased a new seaside mansion in Palm Beach for $43 million, The Real Deal reported.  The "Livin' On a Prayer" singer has been enthusiastic about such expensive homes for years now. Bon Jovi still owns a four-bedroom and 4.5 bathroom condo in New York City's West Village that he paid almost $19 million for in 2017. He also has an East Hampton mansion which he purchased back in 2004 for $7.6 million.

It’s so sweet how he’s just smiling for the pap.

Haha it sure is. I exercise and workout almost everyday to stay lean and fit. It’s also what you eat too. It’s hard to maintain but worth it.

The singer-songwriter married his childhood sweetheart Dorothea, and they have been together for more than two decades now.  While talking about his family life, he said: "I've been in one of the biggest rock bands in the world for 25 years, and I'm not a saint, and I have not been a saint. And, Christ, I missed tons of birthdays and school plays. But it's not like Dorothea came in halfway through the movie and didn't know who she got. She's been in it the whole game. She understands what it means. It's my life, and it is what it is."

"But, really, I don't look at this week's hot starlet and think about trading in or trading up. I don't have a mistress on the side or another family across town. You're never going to read that story about me. I have no regard for that whole lifestyle," he added.

"I mean, family man, what a concept," he said not long ago, somewhat dazedly. "I mean, how'd I end up the poster boy for that?"