Jupiter and Saturn Will Align to Create Rare "Christmas Star", The First in Nearly 800 Years 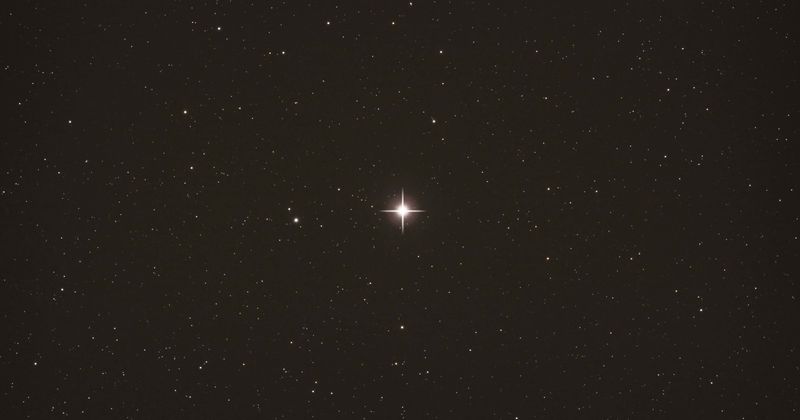 Look up! There's something special in-store. Stargazers, despite 2020 being an absolutely crappy year, there just might be something beautiful coming up in the skies. How does a cosmic Christmas miracle that hasn't been witnessed in nearly 800 years sound? Pretty amazing, right? On December 21, Jupiter and Saturn will align so closely in the night sky that they'll almost appear to collide. This rare event creates a radiant point of light often referred to as the "Star of Bethlehem" or the "Christmas Star," reports POP Sugar.

Simply put, Jupiter and Saturn will look like a "double planet" for the first time since the Middle Ages. The two mighty planets will look like a single point of bright light to anyone looking up at the night sky. "Alignments between these two planets are rather rare, occurring once every 20 years or so, but this conjunction is exceptionally rare because of how close the planets will appear to be to one another," said Patrick Hartigan, an astronomer at Rice University, according to Forbes. "You'd have to go all the way back to just before dawn on March 4, 1226, to see a closer alignment between these objects visible in the night sky."  While they "look" like they're super close, they're not. Scientifically speaking Forbes writer Jamie Carter explains that "In reality, of course, they won’t be close at all. Think about the distance from the Earth to the Sun. That’s what astronomers call an astronomical unit (au), and it’s how they measure distances in the vastness of the Solar System. Jupiter is 5 au from us. Saturn is 10 au. These two planets aligned in the Solar System a few weeks ago, but on December 21 they’ll appear aligned to us on Earth. Our line of sight is different because we’re orbiting quickly around the Sun."

HEADS UP, literally: The Great Conjunction coincides with the winter solstice this year (Dec 21st). This is when Jupiter and Saturn align in our night sky. The last time they appeared this close was in 1226. pic.twitter.com/YWR9xaliqq

The event is sometimes referred to as The Great Conjunction and occurs roughly every 19 to 20 years. According to Earth Sky, the word "conjunction" is used by astronomers to describe meetings of planets and other objects on our sky’s dome. It's called "great conjunction" when the two biggest worlds in our solar system meet: the largest one being Jupiter followed by the massive ringed planet Saturn. Catch the next great conjunction of Jupiter and Saturn on December 21, 2020. This is the first Jupiter-Saturn conjunction since the year 2000. This is also the closest Jupiter-Saturn conjunction since 1623.

The Great Conjunction between Saturn and Jupiter will happen soon. pic.twitter.com/ut0FnOwxIg

As we previously mentioned, the 1623 conjunction was seen 14 years after Galileo made his first telescope. This once-in-800-years experience will surely be a sight to behold. Set up your telescope, hope for a clear night, and keep your eyes peeled! Because like we said, the super-close Jupiter-Saturn conjunction in 2020 won’t be matched again until the Jupiter-Saturn conjunction of March 15, 2080. And that's a long wait! Also, if you're viewing with a telescope, you may also be able to see Jupiter and Saturn's largest moons orbiting them that week. Now how cool would that be!

What's up in our night sky this month? Meteors and two giant planets, Jupiter and Saturn, snuggling more closely than they will for the next 60 years. pic.twitter.com/GnnEUM4N6Z