The reality star visited West, who is staying at his Wyoming ranch, on Monday before returning to their Los Angeles home on Tuesday. 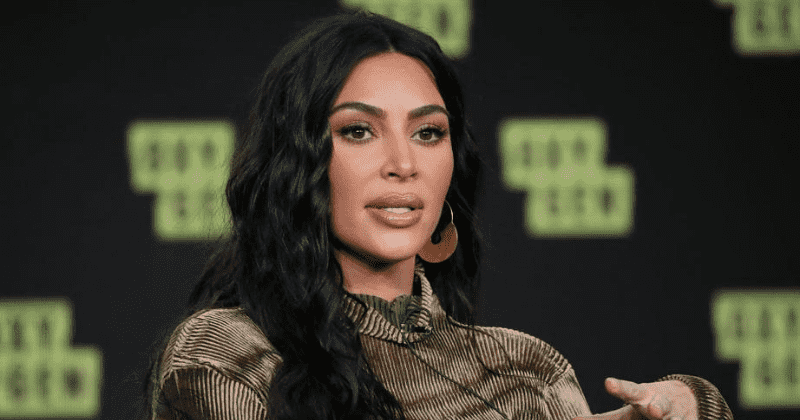 It looks like all's not well with the West-Kardashian family. The rapper Kanye West's behavior has been unpredictable over the last few weeks with his mental health brought into question multiple times recently. On Monday, the couple reunited after Kardashian flew down to Cody, Wyoming to visit her husband after West's outburst during a campaign rally where he spilled extremely personal details about their family and marriage. According to People, the 39-year-old reality TV star was seen crying in the car with West. A source told the publication that she "feels that she has tried everything" and that there could be a divorce on the cards.

"She isn't getting back what she needs from Kanye," the source reportedly. "She was to the point that she flew to Cody to basically tell him their marriage is over and to say goodbye." However, the source has revealed that Kanye doesn't want to end the marriage but wants to work on it. To that end, he even apologized to his wife on Twitter but hasn't done much else to put together the broken relationship.

I would like to apologize to my wife Kim for going public with something that was a private matter.
I did not cover her like she has covered https://t.co/A2FwdMu0YU Kim I want to say I know I hurt you. Please forgive me. Thank you for always being there for me.

As per the source: "He doesn't seem to get what she is saying. He hasn't changed anything that she told him needs to change. Kim is very torn," the source continued. "The last thing she wants is to be divorced with four kids. She knows that she will be fine financially, but her concerns are the kids and the partnership. She is moving towards a divorce, but who knows if she will actually sign papers."

The couple who married in 2014 share four children: North, 7, and Chicago, 2, and sons Saint, 4, and 14-month-old Psalm. West's outburst came after he launched an unlikely bid for the United States presidency, which several reports claim is because he is in the middle of a new cycle of his bipolar disorder. As per reports, published on People, Kardashian urged West to drop out of the race and told him to "focus on his mental health instead."

The 39-year-old had also shared an Instagram story last week where she publically explained her husband's mental situation and asked people to show "compassion". West's public outbursts as well as those on Twitter came in the wake of the couple's talks over a possible divorce.

Another source that spoke to People said that Kardashian "feels trapped" in the relationship. "She loves Kanye and she thinks of him as the love of her life. But she doesn't know what to do," the source said. As per the source, Kardashian "knows that it's not healthy for her to be around him now. And it's honestly not healthy for the kids. He needs to get his stuff together before he can be any sort of partner or father."

The source, however, stated that Kim only wants the best for Kanye. The Keeping Up With The Kardashians star returned to their Los Angeles residence on Tuesday after a brief meeting with her husband.

According to a PageSix report, the couple is already living separate lives and that West's move to the Wyoming ranch helps with his "creativity". The source said: "Kanye’s in Wyoming, that’s his main base. But they’re not like other couples, obviously, they have multiple houses and private planes, so it’s not like they’re not able to see each other. Kim is completely focused on her family and protecting her kids right now, they’re so young. She’s doing well, she doesn’t want this to impact on the kids, so it’s business as normal with them. Her sisters have been helping out and the kids have been with their cousins. They don’t want the kids to feel that anything is wrong, but of course, they want their father.”