To this day, he still carries copies of the page in his scrapbook which has "first-day" clipping from various newspapers in LA and Long Beach to prove that he had the first ticket to Disneyland. 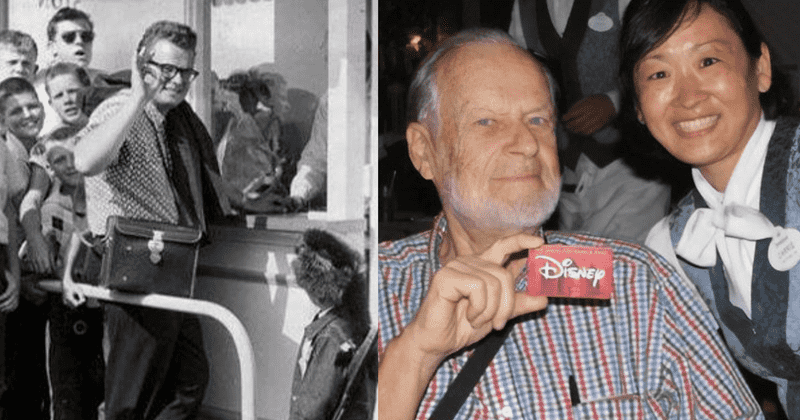 Ever since Disneyland opened to the public for the first time on July 17, 1955, children and adults from all over the world flock to the park in the millions each year. But, have you ever wondered who the first person was to set foot into the most popular amusement park in the world? His name is Dave MacPherson, a Scottish man, who was studying at the Long Beach State College when the park opened and came to be the first in line at the ticket counter at 2 a.m. and became the first person to get his hands on the admission ticket.

MacPherson decided he wants to go there the moment he heard broadcast announcements across the country, and he wanted to be the first one. According to Bored Panda, he said, "I decided I wanted to be the first in line. The first person to go into the park who wasn't a relative of Walt's or some celebrity. The first regular guy to go in through the front door." It took him considerable effort to reach Anaheim from Long Beach too, and so he drove his bike for the 10-odd miles. He had to wait for hours before he got the ticket. Recalling the jolly time, he said: "Back then, folks would pay for admission and then buy books of tickets for various attractions. I don't know what happened to the admission ticket for which I paid a dollar."

He also received a complimentary card that would allow him to go on all the rides in the park, but because he was at Long Beach, he never really got to use them. But, for his luck, he received the next best thing -- a lifetime pass for being the first 'regular guy' ever to enter the park and he's been living it up with the perks every year since. Per This Day in Disney History, MacPherson receives the pass in installments every year. "Each January I eagerly await the arrival of the next installment of the pass which is then good for another year at any Disney park, and I have received these annual passes since 1955. At the beginning, it was just a paper or cardboard pass and for years it was silver. In recent years it has been red in color and is made like a credit card and says on the front "VIP MAIN ENTRANCE PASS. The reverse side has my name and says: Admit Passholder and 3 Guests."

Although MacPherson went by himself initially, he began going with his wife Wanda and friends Martha & Joe Ortiz. To this day, he carries copies of the page in his scrapbook which has "first-day" clipping from various newspapers in LA and Long Beach to prove that he did have the first ticket. When quizzed about it, he said: "It isn't unusual, after I give a copy of that scrapbook page to anyone manning the entrance gate, to have that official shout to the crowd "Folks, this man bought the first ticket to Disneyland when it opened in 1955." His drive to be the first has even earned him thousands of fans who flock to get his autographs. "You can't believe how many folks from different parts of the world have then come over and asked for my autograph or shot a picture of my wife Wanda and myself!"