Natalia said she has been interested in fashion from a very young age and is looking to express herself creatively. 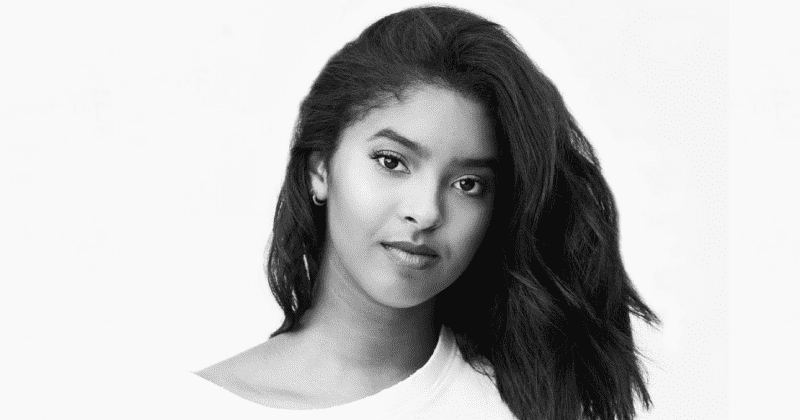 Kobe Bryant's eldest daughter Natalia Bryant is starting a career in modeling after signing with IMG Models, the agency announced. Natalia Bryant celebrated her 18th birthday last month and is ready to launch her career as a model. The NBA legend's daughter said she is excited about getting started. "I have always been interested in fashion since a very young age," Natalia said in a statement, reported PEOPLE. "I have a love for the industry and ever since I can remember I wanted to model. There is a lot to learn but I feel this is a great opportunity for me to learn and express myself creatively."

"I am beyond thrilled and so honored to be a part of the IMG family!" wrote Natalia on her Instagram Stories, along with a headshot from IMG. Vanessa Bryant shared IMG's announcement on her Instagram Stories and added, "I am so proud of you." Natalia shared her mother's post and replied, "Thank you, momma." Vanessa and Kobe Bryant share four daughters —  Natalia, Gianna, Bianka, and Capri. Kobe Bryant and his 13-year-old daughter Gianna, and seven others, died in a tragic helicopter crash in January 2020. Vanessa Bryant celebrated Natalia's 18th birthday with throwback photos of Natalia with Kobe Bryant.

"Dear Natalia, Happy Birthday! Mommy and Daddy are so proud of the young lady that you are," wrote Vanessa at the time. "You have displayed so much strength and grace throughout the most difficult year of our lives. Thank you for stepping in to help me with your little sisters." She also hailed Natalia as an "incredible big sister" and "a beautiful role model." She thanked Natalia "for being kind, polite and gracious in everything that you do. You have no idea how happy and proud mommy and daddy are that you're our daughter. We love you always and forever, forever and always. Happy 18th birthday to our firstborn, Natalia, our principessa! Love always, Mommy, Daddy, Gigi, BB, and Koko."

Gigi Hadid, who's also represented by IMG, simply wrote “YES,” along with a heart emoji. Cindy Crawford also congratulated the 18-year-old on Instagram. "So beautiful," singer Ciara wrote. "So excited for you, sunshine!" IMG Models has gone in a new direction in recent times, having signed Kamala Harris’ stepdaughter, Ella Emhoff, shortly after Biden's inauguration. IMG also signed up Amanda Gorman after she delivered her poem, The Hill We Climb, at the President's inauguration, reported NBC New York. "(Fashion) has so much meaning to me, and it's my way to lean into the history that came before me and all the people supporting me," said Gorman, during an interaction with Vogue.

It's been more than a year since the helicopter crash that killed 13-year-old Gianna and Kobe Bryant. Vanessa Bryant shared a touching letter from her late daughter's friend on the anniversary of the crash. "If I ever become a mother, I hope my daughter turns out exactly as yours did," Gianna's friend Aubrey wrote in the note, reported PEOPLE. "[Gianna's] love of life is something I admire endlessly ... She would smile up the rest of the world." Vanessa also paid tribute to Kobe and Gianna in the post, writing, "My Gigi is INCREDIBLE and I truly appreciate your thoughtful letter. She loves you so much. I miss my baby girl and Kob-Kob so much, too. I will never understand why/how this tragedy could've happened to such beautiful, kind and amazing human beings. It still doesn't seem real. Kob, we did it right. Gigi, you still make mommy proud. I love you!" wrote Vanessa.