This comes after the verbal exchange between Kourtney and Kim that later turned into slapping, screaming, and scratching. 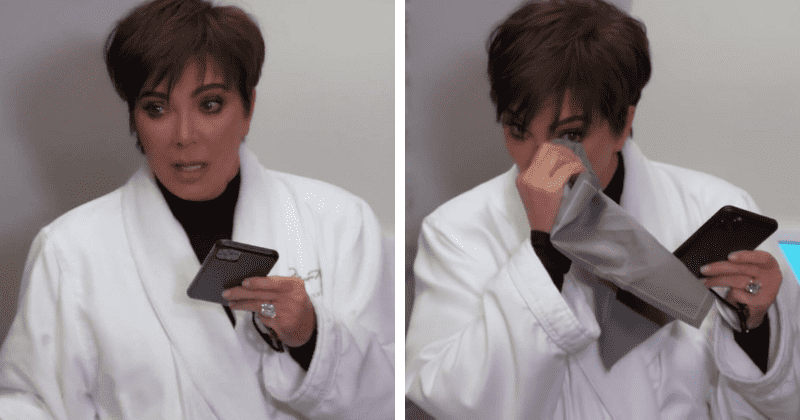 We have all been keeping up with the Kardashians for over a decade now. We have been through their feuds and fights. But the most recent physical altercation between Kim and Kourtney has been getting a lot of attention. The fight aired in the Season 18 premiere of their reality show. Kourtney got upset after being criticized by Kim that her work ethic was "not caring about stuff." This verbal exchange then turned into slapping, screaming, and scratching. The fight got so bad that they had to shut down the production of the show for a whole week, according to Cosmopolitan.

Fighting between siblings is all but normal. No matter the age, there is always something that makes siblings go at each other's throats. Except in the case of the Kardashians, it is aired on TV for millions of people to watch and be a part of the fight. And like any other parent who has to see their children fight and the sour moods that follow, Kris Jenner was heartbroken that her two eldest children were butting heads. And in a very violent manner too. After the dust settled on the fight and Kris finally caught up with the episode where things got ugly, she reached out to her eldest daughter to show support.

"I just wanted to tell you that I watched the episode this morning on the way to shoot today," Kris tells Kourtney on the phone. "I just feel really bad." She goes on to say, as her voice cracks trying to hold back tears, "I just wanted to tell you that if you need somebody to talk to that we should sit down," and repeats, "I just feel really bad." Over the phone, Kourtney also becomes emotional and tells her mother that she had not seen the episode but even though she was upset at the time, she has moved on. Kim is seen walking away when her mom calls her and Khloe listens to the conversation as it unfolds.

"Thank you. I'm fine," Kourtney says over the phone. "I'm fine now, it's just like everyone was ganging up on me for like two f****** years. I feel fine now. It's just such a natural thing in our family, what everyone does, if anyone goes anyway against what everyone else is doing, it just seems like they just attack." She continues, "I feel better now, [to] actually just see that and say, 'You're not putting this on me, it's on you.'" Khloe who was at the fight and was also listening to the conversation starts thinking about her own relationship with her elder sister.

Khloe agreed with Kim about Kourtney's work ethic which set off the fight in the first place. And the two of them have also had their fair share of fights in the past. But Khloe explains how the two of them have been working on their issues and trying to resolve them. "We were really reconnecting. Things were better," Khloe states. "And then of course when the episode airs, all that we've already gone through...it brings up old emotions again, it brings up old feelings." She adds, “It makes me really, really sad to see the divide between all of us. I love Kourtney and I want her to feel loved and valued by me too.”

You can see the video here:

Speaking to Vogue Arabia earlier, Kourtney recounts the episode as well as her reality-show stardom, “I have been filming the show non-stop for 14 years… I was feeling unfulfilled and it became a toxic environment for me to continue to have it occupy as much of my life as it was,” she said. “Privacy is something I have come to value and finding that balance of private moments with being on a reality show is hard. People have this misconception that I don’t want to work, which isn’t true. I am following my happiness and putting my energy into that which makes me happy.” Even though she quit the show following the fight, she returned after a while.