The couple is also starring together on Netflix's The Christmas Chronicles 2 film, to be released this year. 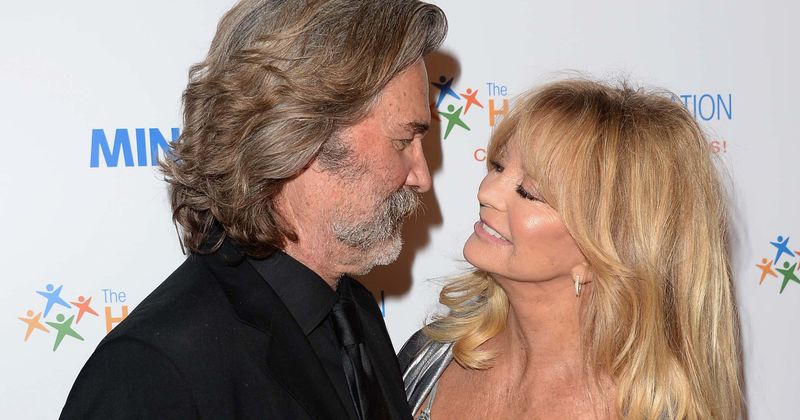 Can anyone argue the fact that Goldie Hawn and Kurt Russell might be one of Hollywood's most adored couples? If not THE most adored couple in Tinseltown. The couple who have never tied the knot, have been together since 1983. Despite loving their playful, romantic chemistry off-screen we really haven't got the chance to see them on screen since 1987's Overboard. But now we will get to see the pair in the sequel to 2018's The Christmas Chronicles. The first film featured Russell but Hawn was seen only briefly at the end of the original film. The second titled: The Christmas Chronicles 2 will see the two reprising their roles as Mr. and Mrs. Claus.

Can anyone believe that the couple has been together for over three decades? Back in 2014, Kurt Russell appeared on E!'s Chelsea Lately to promote Art of the Steal, and his GoGi wine line. According to E! Online, he also shared the story of what he got Goldie Hawn for their 31st anniversary. Russell said he'd opened a place called The Wine Saloon. "I've been making wine for the past the last years. It's a really high-end pinot noir and it's a really high-end chardonnay. So I said, 'I want to have a great to showcase it at,'" he explained. "In Los Alamos, Calif., there's this old 1880 Wells Fargo station coach stop that's still there, and inside of it is this great old saloon that we've taken over." The Wine Saloon sells Russell's GoGi wines, along with Hudson Bellamy Wines (a rosé inspired by Kate Hudson and Matt Bellamy) and Ampelos Cellars. "I took Goldie there for Valentine's Day," the actor said.

Whatever day their anniversary is on, there's no denying the love the two actors share for each other. And for both, family means the world. Back in November 2019 Kate Hudson and older brother Oliver Hudson, who are are Hawn's children from ex-husband, actor Bill Hudson, talked about the first time meeting their 'Pa'. Oliver shared on their podcast Sibling Revelry that, "there's a really beautiful story ... about when Pa and Ma went on their first date and saw us sleeping." The two were apparently just 3 and 6 years old. "It was the first time she brought him to the house, it wasn't the first date," recalled the now 40-year-old actress. "Mom said that's when she fell in love with Kurt – right away was because she brought him back to the house and we had already been asleep, and we shared a room... and he sat down next to each of us, he sat down next to you first and watched you sleep and then came by," said Kate who joked that Russell spent more time watching her than her brother because she was "younger and probably cuter." Oliver joked back saying Russell was just trying to "get in Mom's pants, so there's that aspect, so let's go to the daughter a little longer because of the mother-daughter relationship." The siblings admitted that this was the first time their mom saw him as a family man and fell in love with the actor.

Kate Hudson, shared a sexy '80s throwback of the pair on Instagram back in 2017 in honor of their anniversary. She captioned the photo: Mama Goldie and Pa killing it 80's style. I forgot to post a note on my parents 34th Anniversary so I figure why not now. We have to admit, they look absolutely trendy in the throwback picture. Which is what Hawn has said drew her to Kurt. "He was so good-looking," she told People magazine. She also noted that Russell "had no pretense about him. I could tell right away he wasn't a womanizer." And she admits the time she fell in love with him was “ when I watched my kids when they’d come to the set and how he was with them," she said. "He was amazing with them. He was such a natural." Her kids were right!

So what's the secret behind a long-lasting relationship? No, it doesn't need the tag or title of marriage. All it needs is “Love, gratitude, compassion because sometimes every man or every woman will drive their partner crazy. Family. Fun. Laughs. Sex,” Hawn admitted. “If you don’t nurture that and remember, you’re done.” When the couple received stars on the Walk of Fame they celebrated each other warmly. According to Today, Russell said at the podium, “Goldie to you, I owe my wonderful life. Simply put Goldie, I cherish you. All of the stars in the sky or on the boulevard don’t hold a candle to that. So if I am to be honored with this sweet token of memorabilia that is to be sunk forever in the cement of a street whereupon I will be subjected to the constant harshness of the blazing California sun, blowing winds and pouring rains and stray dogs — of both the canine and human variety, perhaps in need of a little relief — and trod upon by the soles of shoes caked with earth from all corners of the globe, there's no one else I'd rather be next to for all of that than Goldie Hawn." Who said true love doesn't exist?