trending celebrity people lifestyle news animals
Kurt Russell and Goldie Hawn Have Been In Love For 37 Years, Share Why They Haven't Married

Kurt Russell and Goldie Hawn Have Been In Love For 37 Years, Share Why They Haven't Married

The power couple of 37 years explain why they took an unconventional route. 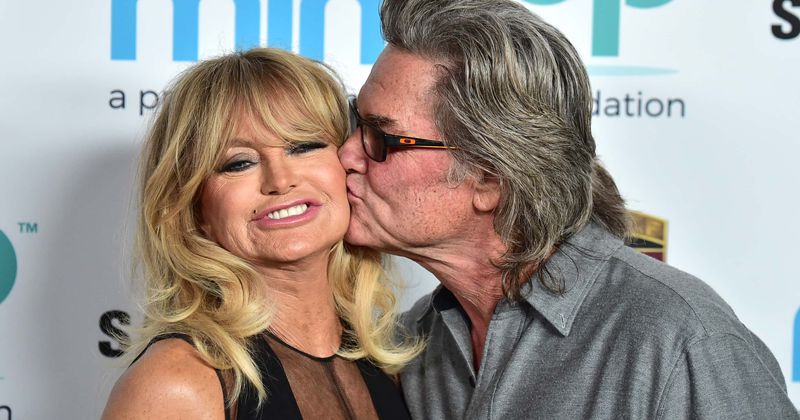 Goldie Hawn and Kurt Russell prove that you don't need labels to determine the longevity of a relationship. They've been together for a whopping 37 years, so we're pretty sure they know what they're talking about. Not only is it about the duration of their long-lasting love, but the quality of it. Fans can't deny the incredibly sexy, fun, and super-warm chemistry the couple still share even today. We're finally seeing the gorgeous couple back on screen as Mr. And Mrs. Santa Claus in the Netflix film, The Christmas Chronicles 2. The pair haven't acted together in a full-fledged movie since 1987's Overboard, but their chemistry is just as sizzling as it was back in the day. And it's not just restricted on-screen. Off it too, the couple generate warmth and a kind of love that you think only belongs in fairy tales. In this fairy tale, the couple has decided against marrying each other.

Speaking with Hoda Kotb on Wednesday morning on TODAY, the couple shared the simple reason why not marrying each other has worked. They've tried it before. “We’ve both been married and divorced,” Russell noted, referring to his marriage with former partner Season Hubley and Hawn’s with ex-husbands Gus Trikonis and Bill Hudson. “Marriage didn't work for either one of us,” Hawn put it across quite simply. “I'm not saying that it wouldn't work again, but I didn't think that we really needed to get married. I mean, what marriage ended up being, in many ways, is big business.” The two got together in 1983 and decided to live together rather than tie the knot. Unless their kids — his son, Boston Russell, her kids, Oliver and Kate Hudson, and their shared son, Wyatt Russell — ever had a problem with it. “We said if this is ever an issue if the kids feel we need to do this, then we’ll get married," Russell, 69, said. Hawn, 75, pointed out, “They didn't want us to get married.” And everyone lived happily ever after! As Hoda put it, they’re “the gold standard for living together and having a great relationship.”

In a previous interview with Now To Love, Goldie Hawn shared, "We have done just perfectly without marrying. I already feel devoted and isn't that what marriage is supposed to do? So as long as my emotional state is in a state of devotion, honesty, caring, and loving, then we're fine. We have raised our children brilliantly; they are beautiful people. We did a great job there and we didn't have to get married to do that. I like waking up every day and seeing that he is there and knowing that I have a choice. There is really no reason to marry." She also said that she thinks "the secret is to know when to depend on somebody and when not to. It's important that you are able to hold up your side of the house. I believe that one person can't bear the whole burden because then their shoulders start getting heavy. The other part is to stay as sexy as you can and make sure you focus on all of those aspects of a healthy relationship — and sexuality is definitely one of them." Speaking of Kurt, she said, "He is a unique and very gifted person. He is smart, alive and a big character. He's also a great father … and he is very male!"

Also, Hawn dropped a nugget of wisdom on the Oprah Winfrey Show, where she attested their free will for the success of their relationship, saying, "If you leave the door open, you'll never walk out of it." Meaning that closing the door could add a "sense of finality," and that many people feel that their "life is stopped" or their "spirit is squelched" by the legal act of signing a piece of paper for marriage.

In a rare interview together, the two appeared on The Ellen DeGeneres Show and it's obvious: the pair still seem like a couple who's just in the flirty fun days of initial dating. Hawn told Ellen DeGeneres on her show that working with Kurt on Netflix's The Christmas Chronicles 2 had felt 'just like a honeymoon.' The 75-year-old elaborated, "We'd go out and have dinner and we were just together and it was intimate—it was just the two of us. I just thought it was the most fun time ever. It felt like our honeymoon." If we ever find true love, this is the kind we can only dream of!