The original Nickelodeon series aired from 1993 to 1995. Now, as an adult, you can sign up and compete in the show 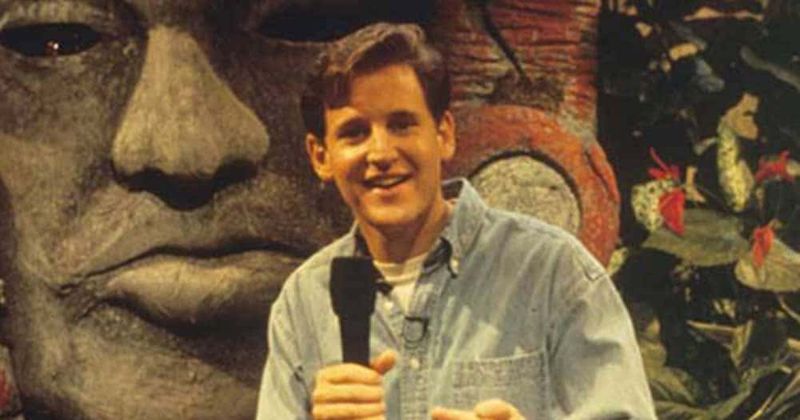 Legends of the Hidden Temple is getting a reboot, and this time, it's for adults. The Nickelodeon competition adventure series aired between 1993 and 1995 and was inspired by Nintendo’s The Legend of Zelda game and the Indiana Jones movie franchise, according to Variety. The competition series has inspired a movie, mobile and board games, a popular Halloween costume, and there are repeat episodes that still air once in a while, even 30 years later! The CW has ordered a reboot of the classic Nickelodeon adventure format and will produce a grown-up version of the show.

That'd be great if they brought back some of the kids then as adults now and see how they do.

The reboot will be produced by Stone & Company, which produced the original series and will feature nostalgia-loving adults instead of kids on the show. Don't worry, Millenials. A lot of original components will remain on the series. The game show, created by David G. Stanley, Scott A. Stone, and Stephen R. Brown, promises to preserve many of the Nickelodeon series’ iconic elements. Scott A. Stone will executive produce with Marcus Fox, executive producer of Nickelodeon’s Paradise Run.

For the 90s kids that have grown up and want to participate! 🤣🤣
Me included lol

According to the logline, the Legends of the Hidden Temple remake will include the most important element: Olmec, the giant talking Mayan head! There will also be the Moat Crossings, The Steps of Knowledge, and the Temple Run, as well as the team names such as Purple Parrots, Blue Barracudas, Orange Iguanas, Red Jaguars, Silver Snakes, and Green Monkeys. The new version will be taken out of the studio setting into a “mysterious jungle” and scaled up with tougher challenges and bigger prizes as the contestants find their way through the “jungle.” There will be 5 teams playing to enter the ominous Olmec’s Temple as they navigate through challenges to avoid the Temple Guards, retrieve a lost treasure, and return it to its rightful owner.

According to Deadline,  CW is taking it up a notch with original non-scripted programming with the likes of adaptations of British formats Would I Lie To You? and Killer Camp. The CW’s EVP Development Gaye Hirsch recently told Deadline, “We’ve always been incredibly interested in the alternative space but we do sense that there’s even more opportunity. We’ve been aggressively looking in the marketplace.” According to The Hollywood Reporter, Legends of the Hidden Temple will join an unscripted roster at The CW that includes long-running shows Whose Line Is It Anyway, Penn & Teller: Fool Us, and Masters of Illusion, along with World’s Funniest Animals and newcomers Killer Camp, Would I Lie to You? and Great Chocolate Showdown.

According to WXYZ, you can start applying to be on the show! The reboot was first announced in December 2019 and planned to air on Quibi's streaming service but it shut down a year later due to a low subscriber base! CW got a hold of the reboot and it's happening! Here's how you can sign up. Firstly, you must be 21 or older and be in the Los Angeles area in July. The show is looking for teams of two, so make sure you have someone who'd love to try the challenges with you. According to the website: If you grew up on Legends of the Hidden Temple and dreamed of your own epic Temple Run, it’s time to live that dream! Seeking teams of two who are able to be in the Los Angeles area during the month of July, who work well together and want to prove they have what it takes. Legends super-fans are a plus Are you and a friend ready to become Legends? The choice is yours, and yours alone.

So what are you waiting for?