In a viral video of the interaction, sisters Ryley and Rylyn are seen jumping in sheer joy. 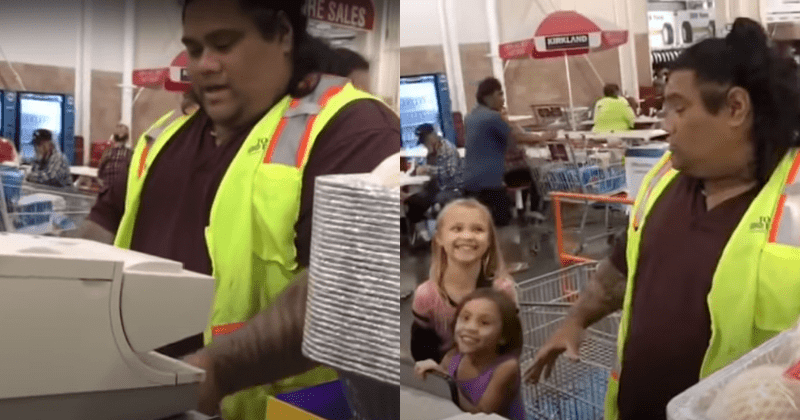 For kids, meeting a character from one of their favorite animated movies is always a dream. If someone donned a Spiderman or Batman costume and shook their hands or spoke to them, the kids would be over the moon. It's no wonder that Ryley, 8, and her sister Rylyn, 5, from Hawaii could hardly control their joy when they "found Maui" from the animated movie Moana. But this was not a person in a costume, rather, a person bearing an uncanny resemblance to the demigod from the 2016 Disney movie. In a video taken by their mother and radio host Rella Rivera, one can see the kids hopping and jumping in excitement and grinning away at a Costco store in Oahu, as they look towards a cashier. In the clip, Rivera asks her daughters who it was and the elder one replies, "That's Maui."

She then pans her camera phone towards the cashier and lo and behold, it's really Maui in flesh and blood. With his long hair, tattoos, and impressive build, it was not the first time that William Va’ana has been swarmed by kids who cannot distinguish between him and the character. Speaking with PEOPLE, Rivera, said about the encounter, “It brought so much joy to my face to see how excited the girls were." Unlike many adults who may have shooed the kids away or gotten irritated with the constant comparison, Va'ana seems to have a heart of gold. He has embraced the cartoon character himself. Recognizing their enthusiasm, he invited the two girls to his side of the cash counter. He then let out the demigod's characteristic catchphrase "che-hoo" from the movie, much to the delight of the girls and their mother.

"Before I could get my phone out to video, he had already let out a loud ‘chee-hoo.’ And the girls lit up even more,” said Rivera. Rivera uploaded the video on YouTube with the description, “Each time my daughters come to Costco, they search for the ‘real life’ Demi god, Maui.” The clip has since received hundreds and thousands of views with even more comments. Now every time the two girls go to the Costco store they always look for Va'ana and are always happy to see him. And he is also excited to see them. "Every time he sees my daughters, he yells out to them with a ‘chee-hoo!’ and they love it,” she added. She said further about Va'ana, “He’s so awesome for doing that. There were pictures posted in the comments of other kids who have pointed him out in Costco and he was nice enough to take pictures with them as well.”

In an interview with Hawaii News Now, Va'ana said he had been getting a lot of attention from people since Moana came out. "It's overwhelming, but it's cool just to see the kids smile they light up. They come screaming. It's awesome." To complete the look he also made Maui's massive wooden fishhook, which he carries with him when he attends birthday parties he is called to and during other appearances. He added, "I've grown out my hair just to try something different and then after the movie, I was like, 'Wow, I kinda look like that guy.'" Rivera's video has just boosted Va'ana's popularity even further and he has become a celebrity of sorts. Va'ana was not even aware of how viral the video went. Friends had to tell him he had become an internet sensation. "I'm not that great on phones honestly. I'm barely on social media," he said.

He added, "I came to work yesterday and everybody was like, 'Eh, you went viral.' I'm like, 'OK. What does that mean?" The 33-year-old says he is more than happy to make the kids smile and jump with joy by being Maui. When Ryley asked what her favorite part of her interaction with Va'ana was she said, "My favorite part is when he says 'chee hoo.'"