The 88-year-old singer-songwriter will be dropping her latest album on Friday. 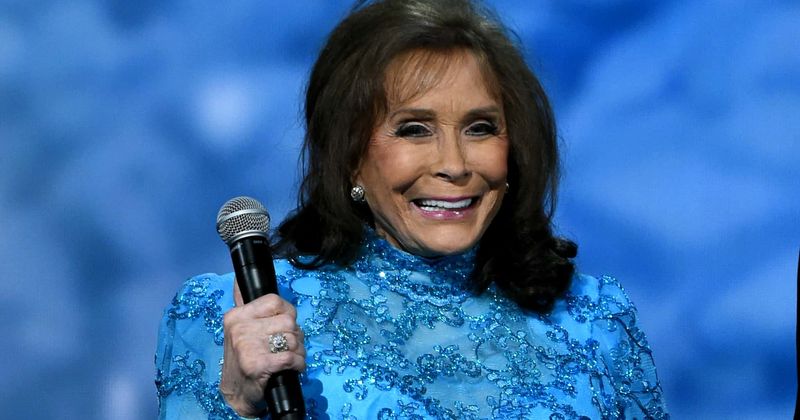 Country legend Loretta Lynn is back doing what she does best. The iconic musician dropped her latest album, Still Woman Enough, on Friday, reports GMA. This is the 88-year-old's 50th album which comprises 13 songs some of which are her many hits through the years. There's her debut single from 1960, "I'm a Honky Tonk Girl," along with the 1968 song, "My Love". Also on the album is  her 1971 hit, "I Wanna Be Free" and as well as the popular track 1970 song, "Coal Miner's Daughter."

The album was produced by Patsy Lynn Russell and John Carter Cash and also features leading female artists in the country music industry. Carrie Underwood and Reba McEntire are part of Lynn's song, "Still Woman Enough," while artists Margo Price and Tanya Tucker each team up with Lynn for their own duet. In a previous behind-the-scenes video for the song "One's On The Way," Margo Price says, "Loretta is such an important figure to me; she's larger than life in so many ways," adding that Lynn's music is "timeless." "I've taken so much knowledge and wisdom from her just watching how she navigated her career and motherhood," she continues. "She's one of the greatest of all time."

The legendary musician previously stated that she was worried about how country music was not like what it used to. According to PEOPLE, on Martina McBride‘s podcast Vocal Point with Martina McBride, the country legend pronounced the genre “dead,” adding that “we should never let country music die.” “They’ve already let it [die],” Lynn told McBride. “I think it’s dead. I think it’s a shame. I think it’s a shame to let a type of music die. I don’t care what any kind of music it is. Rock, country, whatever. I think it’s a shame to let it die, and I’m here to start feeding it.” McBride pointed out that Lynn seemed “mad” about it, Lynn said, “Yeah. I’m getting mad about it. I am. Because it’s ridiculous.” “I’m not happy at all. I think that they’re completely losing it. And I think that’s a sad situation because we should never let country music die. I think that every type of music should be saved, and country is one of the greatest. It’s been around, as far as I’m concerned, longer than any of it.” Later she talks about what she's proud of in her life.  “My kids. I couldn’t be more proud of my kids. I love my kids so much. That’s my whole life. My life is my kids, and then my music.”

Loretta Lynn Says She Believes Country Music Is 'Dead': 'I Think It's a Shame to Let It Die' https://t.co/p63jjThgyr

As for her current album, "Still Woman Enough", which is the title track of the album, is a call back to Lynn's 1966 classic song, "You Ain't Woman Enough (To Take My Man)", reports CBC. In 2016 when told she was the first person to bring a feminist viewpoint to country music, the legendary singer, responded, " I just look back on it as another day. All this music, another one on the way, and "What Kind of Girl Do you Think I Am?" When I was recording, I recorded for us girls. I didn't record for men. I fought for the women and I recorded for the women. You know what? At that time, it was the women who were buying records, too." And it looks the singer is continuing to make music for "us girls."