Not only has he written for Elvis Presley, but Davis also wrote songs for Kenny Rogers, BJ Thomas, and more recently, for Bruno Mars and Avicii. 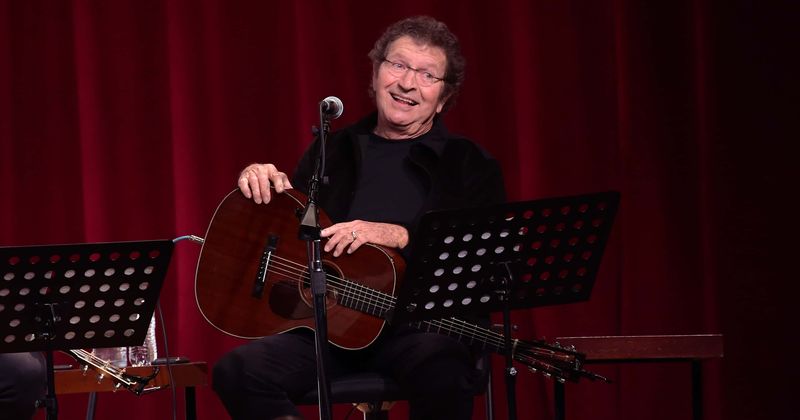 Mac Davis, the legendary pop-country singer, and songwriter has passed away. He was 78. He died after being critically ill following heart surgery in Nashville. Davis has written some of the biggest hit songs including Elvis Presley's In The Ghetto and Don't Cry, Daddy. He has had a successful career spanning over five decades as not only a musician but also as an actor on the small screen and big screen.

We are sorry to report that legendary singer/songwriter Mac Davis is critically ill following heart surgery in Nashville.
Your love and prayers will be deeply appreciated at this time. #PrayForMacDavis 🙏

Jim Morey, Davis' manager, and friend released a statement on Facebook: It's with a heavy heart that I announce the passing of Mac Davis. He was surrounded by the love of his life and wife of 38 years, Lise, and his sons Scott, Noah, and Cody. Mac has been my client for over 40 years, and more importantly...my best friend. He was a music legend but his most important work was that of a loving husband, father, grandfather, and friend. I will miss laughing about our many adventures on the road and his insightful sense of humor. When there was a tough decision to be made he often told me “You decide...I'm going to the golf course!" He followed this with a quote from his song, I Believe in Music.

Davis was born in Lubbock, Texas, in 1942 and later went on to resettle in Atlanta, Georgia. It was here that he first took up songwriting for Nancy Sinatra’s Boots Enterprises. He was able to enjoy success early as a songwriter in the 60s. The Guardian reported, that the song he wrote with Aretha Franklin in mind, A Little Less Conversation was a minor hit in 1968 and reached No 69 in the US charts. However, a few decades later, this song saw a resurgence when it was remixed by Junkie XL and went on to top the charts in the UK and numerous other countries.

Davis made his debut as a singer in 1970 and released the album Song Painter. However, his album, Baby, Don't Get Hooked On Me, which made a breakthrough, was released only two years later, according to CNN. The song by the same name was a hit along with his other songs Stop and Smell the Roses and One Hell of a Woman. Four years after his singing debut, he was named Entertainer of the Year by the Academy of Country Music where he beat out nominees like Loretta Lynn and Merle Haggard, reported The Rolling Stone. That same year, he was also nominated for Entertainer of the Year by the Country Music Association.

Many hearts are broken today, including my own, with the death of one of my dearest friends, Mac Davis. We lost one of the world’s greatest writers, singers, and entertainers (1/2) pic.twitter.com/MUt66wtwEn

Artists such as Kenny Rogers, BJ Thomas, and Perry Como, have recorded songs by Davis, in addition to Elvis Presley, of course, who recorded Memories and Don’t Cry Daddy, which went on to become staples of his live performances. In 1989, he recorded the duet “Wait ‘Til I Get You Home” with Dolly Parton for her album White Limozeen. As recent as 2012, Davis wrote the song Young Girls with Bruno Mars, a version of which he went on release to be certified platinum. He has also collaborated with country star Keith Urban, the late Swedish DJ Avicii, and the singer Rivers Cuomo of the band Weezer, according to The New York Times.

In the 70s, Davis also became a TV personality after the launch of his own show, "The Mac Davis Show." It ran from 1974 to 1976 on NBC. He also became a regular on many talk shows including “The Tonight Show.” Later in the 70s, he made his acting debut in the movie North Dallas Forty. He played the role of a calculating quarterback in the comedy film, starred alongside Nick Nolte who acted as an aging football star. He has also played the title role in the Broadway musical The Will Rogers Follies.

Sad news. Singer Mac Davis has passed. May he Rest In Peace. 🌹 pic.twitter.com/4rpD9wYGzc