Apparently, the so-called "affair" lasted for 6 months after which the marine mammal tragically "committed suicide." 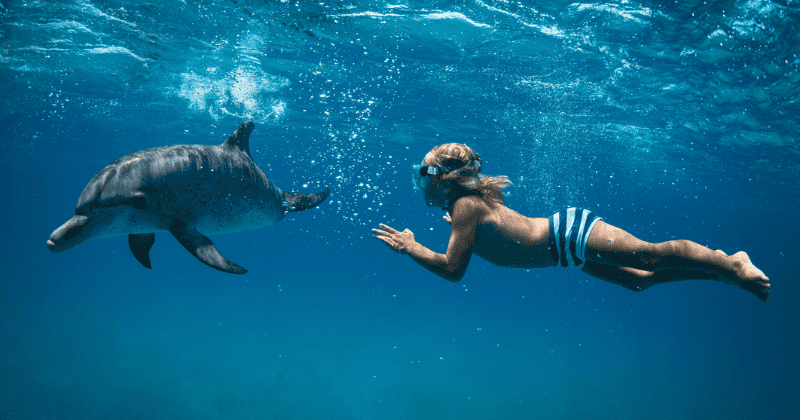 A man has made a rather bizarre admission about having a sexual affair with a dolphin while working at a waterpark in Florida. Malcolm Brenner, aged 69, claimed that he would regularly have intercourse with the frisky cetacean after it seduced him back in the 1970s at a theme park in Sarasota. Apparently, the so-called "affair" lasted for six months after which the marine mammal tragically "committed suicide." Brenner previously penned down the graphic details of his months-long affair with the mammal named Dolly in his 2010 book Wet Goddess which he claims to have written for "dolphins because we are mistreating these animals by keeping them in captivity."

Speaking to Mirror about how his trysts with Dolly began, Brenner said that as a college student, he was given the task of photographing the dolphin. For this, he was also entrusted with unrestricted access to Dolly's pool. He maintains that it was the mammal who made the first move "by positioning herself so I was rubbing against her" while they were swimming. Apparently, he discouraged her advances initially but gave into it after debating whether he would have turned her down if she was a human woman. "At first I discouraged her, I wasn't interested. After some time I thought 'if this was a woman would I come up with these rationalizations and excuses?'" he shared according to LadBible.

We spoke with Malcolm Brenner, the zoophile advocate who had sex with a dolphin http://t.co/ArG6WA4vYU pic.twitter.com/Qr49hr24XU

With time, he grew quite fond of Dolly and even managed to "evade" a male dolphin in her enclosure to spend some alone time with her when the park closed down. "There's something quite transcendental about making love with a dolphin," he disturbingly noted. "I called it a relationship because that's what it was." Brenner stressed that there was nothing abusive about their relationship as dolphins "basically have free will." He continued, "What is repulsive about a relationship where both partners feel and express love for each other? I know what I'm talking about here because after we made love, the dolphin put her snout on my shoulder, embraced me with her flippers and we stared into each others' eyes for about a minute."

"This was not some dog trying to hump my leg, okay. This was a 400-lb. wild-born female dolphin. She was an awesome creature...She was very special," he continued. He even described the whole thing in a short graphic documentary called Dolphin Love. "I started rubbing her along her back, working my way to her flukes - her tail. And as I was rubbing her and moving my hand towards her tail, Dolly was slowly rolling around her long axis," he explained. Brenner continued talking about the whole process of intercourse with the mammal and trust me, you're better off not knowing the details.

Back in 1971, intercourse with animals, or what we now consider animal abuse, was not illegal. No one was aware of Brenner's deeds, if they are true, because he had access to the dolphin after hours as he was her photographer. But eventually, Dolly the dolphin was relocated to another amusement park after the Sarasota park closed down. She reportedly died there nine months later. Brenner believes that the mammal committed suicide because she was no longer with him. It's known that dolphins have the ability to voluntarily die by halting their breathing intentionally. However, this ability has been widely debated but it isn't the first time that reports of the aquatic animals dying by "suicide" have come up, reports The Sun.

Brenner also claimed that he fell into a five-year depression following her death. "When she died it made me feel terrible and I fell into a depression which lasted five years," he noted. Unfortunately, this isn't the first sexual encounter that the man had with an animal. Speaking to the hosts of the KIIS FM breakfast show, he admitted to attempting intercourse with his family dog when he was a teenager. Brenner, who describes himself as a "zoophile," also claimed that much of his attraction towards animals stemmed from the abuse he was forced to suffer as a child. As heartbreaking as his childhood account may be, in no way does it justify his actions towards the animals.