Man Allegedly Caught Raping A Puppy Till Her Genitals Bled, Tells Owner He Was Just Hugging Her

24-year-old Chevance Smith from El Paso, Texas, was holding the dog's rear with one hand and choking it with another when caught red-handed 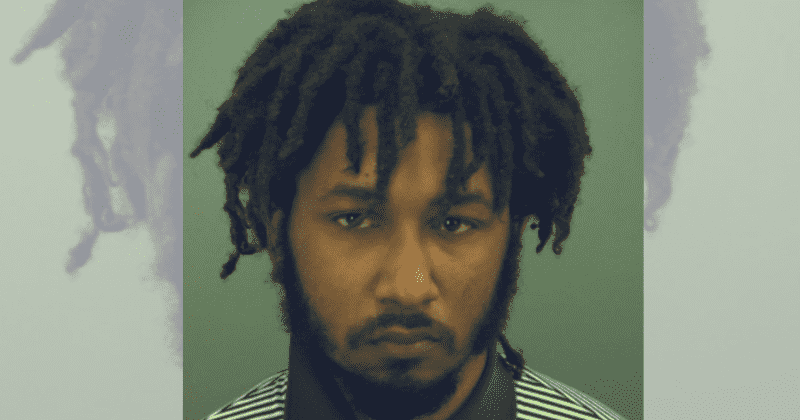 Trigger Warning: The story has details of bestiality and animal cruelty that readers will find disturbing

A man in El Paso, Texas was charged with bestiality after he was caught red-handed having rough sex with a puppy on the front porch of its owner's house. Chevance Smith, 24, was found with his boxers down and his private areas exposed by the dog's owners. He, however, claimed he was hugging the dog. The pup had a number of serious injuries on its genitals and was also bleeding. According to a press release from the El Paso Police department, deputies were called to 3215 Nashville Avenue on October 3 around 1 am. Smith was immediately arrested and is now presently detained at the El Paso County Detention Facility on a $7,500 bond. An investigation into the case was also started by the department’s Animal Cruelty Investigations Unit. The dog was an "8-month old female Boxer/ Pit Bull mix breed dog," the release stated.

A veterinarian who examined the dog found it had suffered injuries and trauma consistent with the sexual abuse reported by a witness against 24-year-old Chevance Smith.
https://t.co/Q4PJ3T44a4

About the dog's injuries, police stated a "subsequent examination by a veterinarian found the canine had suffered genital injuries and trauma consistent with the contact observed by the witness." The case of animal cruelty was discovered when the owner heard a screeching noise outside their house, reports kfoxtv. When they went out, they found Smith lying next to the dog named Meda. Her owner told the police that Smith was holding the dog's rear with one hand and was choking it with another. According to the affidavit, Smith then stood up and was seen to be partially naked. His genitals were exposed but he apparently told the owners, "What? I'm just hugging Meda." Later, he offered Meda's owners money to not speak about the incident with anyone or inform the police, the affidavit stated further.

Hysterical. The guy looks to be part pit-bull. My brain hurts trying to put any visualization to this...

Smith then allegedly told Meda's owners, "I didn't know you had dibs on the dog". Meda's genitals appeared swollen and were bleeding, her owners told the police. After gathering family members, the dog's owner then called the police. Unable to find a way out, witnesses said Smith became aggressive. He then tried to punch Meda's owner, according to the affidavit. However, he was overpowered by the people present at the site till the police arrived, the affidavit added. The dog became aggressive and scared when the police arrived. In a similar vile incident of bestiality reported in February, a man named Raymon McCloud, 19, was caught on surveillance cameras raping a pregnant dog at the home of a friend in Virginia, reports The Sun. The friend handed over the video to the Animal Control Department in Gloucester.

McCloud was arrested for bestiality and animal abuse. We reported a similar incident of animal sexual abuse last year in September. An Arizonian man was charged with raping his cat while taking a shower. The man, Michael Navage, 40, denied the charges and claimed that he had the cat ever since she was a kitten, and would do no such thing to his beloved pet. However, witness accounts said otherwise. The Mesa Police Department received a call about a cat in distress at the man's residence. The witness told police that Navange had taken his pet cat into the bathroom and that the screams of the cat were heard.

We passed the #PACTAct! Thank you to Rep @VernBuchanan & all of the #animalwelfare advocates who helped get us here.

Special thank you to all the animal lovers everywhere who know this is simply the right thing to do.

This is a major step to end animal abuse & #protectourpets. pic.twitter.com/PqlKStwBPX

Widespread cases of bestiality and animal cruelty are being constantly reported in the country. As a result, the House passed a bill that made animal cruelty a federal felony. The measure was unanimously passed last year as reported by us. The bill was introduced by Ted Deutch and Vern Buchanan, two Florida congressmen. Called the PACT Act, it stands for Preventing Animal Cruelty and Torture. Previously, federal law only involved banning animal fighting and also the selling and production of videos depicting animal cruelty. As per this measure, police can arrest those who abuse animals which includes acts like crushing, burning, drowning, suffocating, and impaling animals and sexually exploiting them. The legislation contained exceptions for hunting.