The incident occurred in El Paso, Texas and the man has been charged with bestiality. 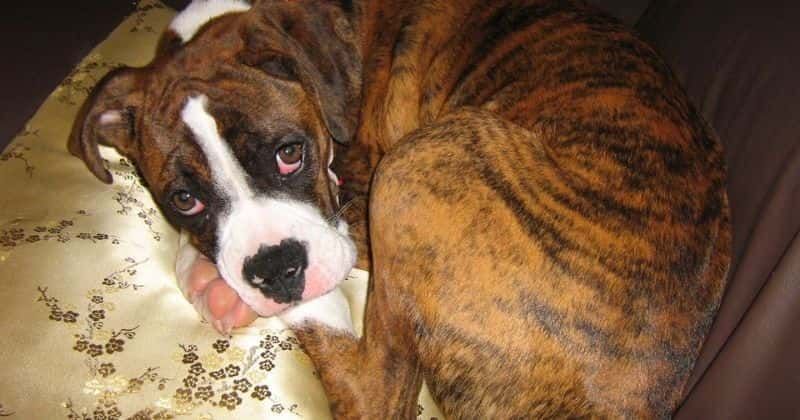 In a heartbreaking incident, a man in El Paso, Texas has been charged with bestiality after he was caught having sex with a puppy on the front porch of its owner's house. Chevance Smith, a 24-year-old, was caught with his boxers down and his genitals exposed when the dog's owners stepped out. However, he claimed he was hugging the dog when the pup was found with its genital bleeding and seriously injured. As per a press release from the El Paso Police Department, deputies rushed to the scene at 3215 Nashville Avenue at around 1 a.m. on October 3 and arrested Smith for his heinous act. He was then detained in an El Paso County Detention Facility on a $7,500 bond.

A veterinarian who examined the dog found it had suffered injuries and trauma consistent with the sexual abuse reported by a witness against 24-year-old Chevance Smith.
https://t.co/Q4PJ3T44a4

According to the release, the dog was an 8-month old female Boxer/Pitbull mix, and that the department's Animal Cruelty Investigations Unit has opened an investigation into the matter. Offering details about the dog's injuries, police said a "subsequent examination by a veterinarian found the canine had suffered genital injuries and trauma consistent with the contact observed by the witness." According to KFOX TV, the incident came to light when the owner stepped out of his house after hearing a screeching noise. They saw Smith lying right next to the dog named Meda. Police were told that the man was holding the dog's rear with one hand and was choking it with another. Smith justified his actions and said: "What? I'm just hugging Meda."

Smith then offered the dog's owners some money to not speak about the incident or inform the police about the matter before saying: "I didn't know you had dibs on the dog", to the owners. After the police arrived, Meda's owners said his genitals were bleeding and swollen. After the family members came together, the owner then called the police. Feeling cornered, Smith then became aggressive and even tried to punch the dog's owner. People on site jumped in to overpower and restrain him till the police arrived. The dog was also said to have become aggressive and scared when more people arrived at the scene.

Twenty-four-year-old Chevance Smith got busted for bestiality after puppy’s owners came out of their house to find the man molesting their terrified animal.

I swear you can't make this shit up.

In another horrible incident we had reported earlier, a dog died of horrific injuries after it was gang-raped and stabbed over 30 times. The incident occurred on the streets of Bogota, Columbia on November 1 with a video showing the dog struggling to move. Concerned passersby placed a sack under her bleeding body. She was soon rescued and taken to the vets to receive emergency treatment Daily Star reports. The dog had recently delivered a litter of puppies when the horrible incident took place. Marta Buitrago took the dog to the vet and spoke to El Tiempo, a local newspaper, stating that the dog appeared injured and very weak.

Another woman named, Liliana Guerrero, shared pictures and videos on Facebook and said the dog "was stabbed many times and sexually abused by several people." She wrote that the dog resisted and was stabbed as a result. "Because she wouldn’t allow it, they stabbed her," and said she died of the injuries. "They destroyed her genitals, stabbed her almost 30 times, punched her, and caused other superficial injuries," Guerrero continued. "The dog could not cope with the amount of pain." Guerrero also stated that she was unable to convey the "enormous sadness and helplessness I feel" after the dog's horrific death. The unnamed dog isn't the only one to die of such a horrific case of bestiality. The incident occurred in the municipality of Quinchia but it is unclear if the authorities investigated the matter.